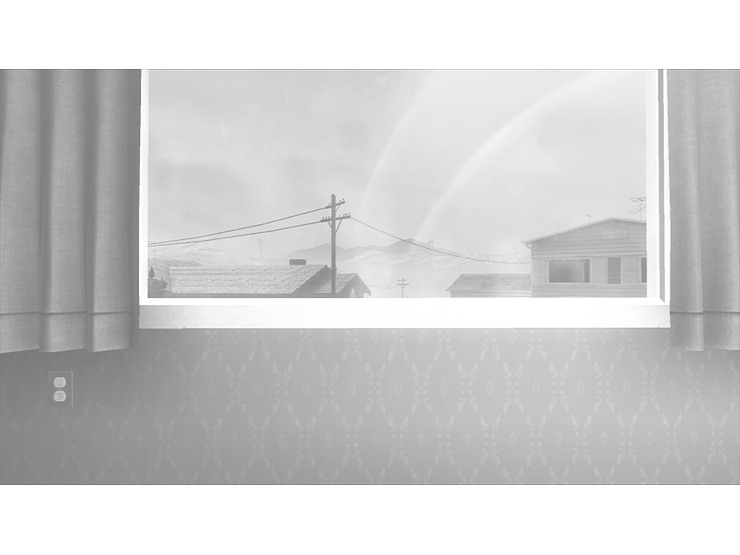 Call of Duty is one of the most successful ego shooters in computer game history. One of the episodes in Black Ops from 2010 takes place in Nuketown, a test city in the American desert, where the effect of the atom bomb on people, cars and houses was tested. The’inhabitants’ of Nuketown were mannequins. They don’t take part in the game, but you can shoot their heads off and get bonus points for it. Ip Yuk-Yiu hacked into the game, and presents the scenery after the battle and before the bomb. The opponents, the player’s rifle and the control panels have disappeared, the empty rooms and the now headless dolls remain, whose representation in the game hardly differs from that of humans.