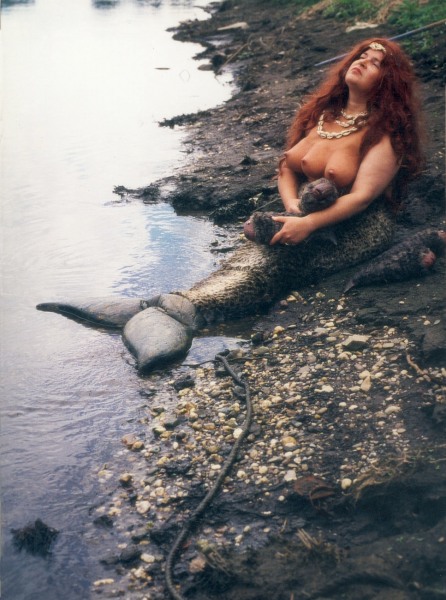 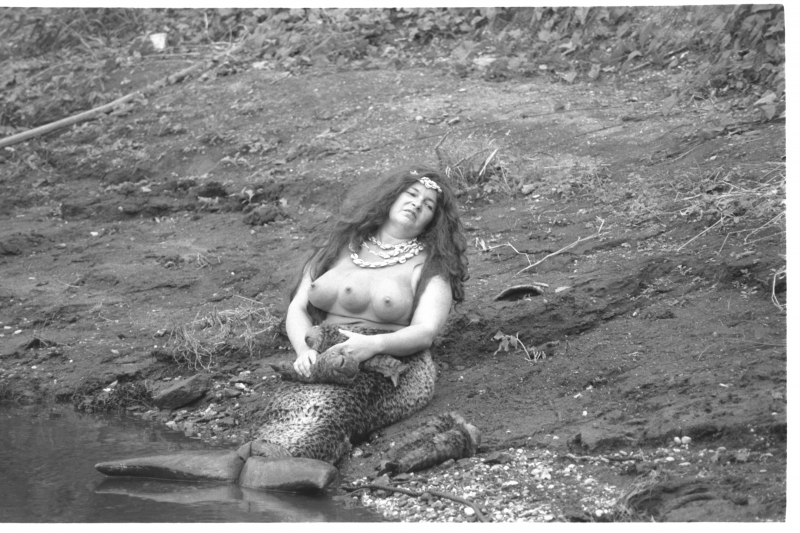 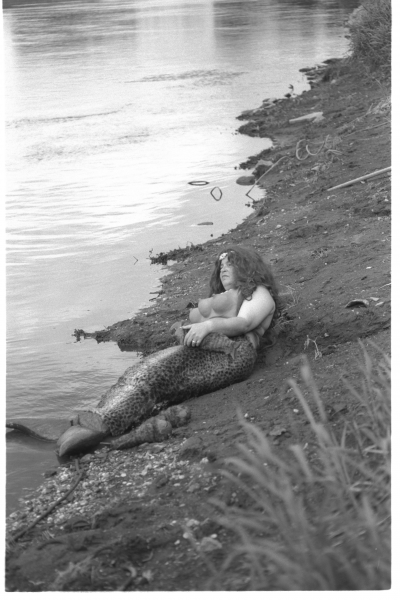 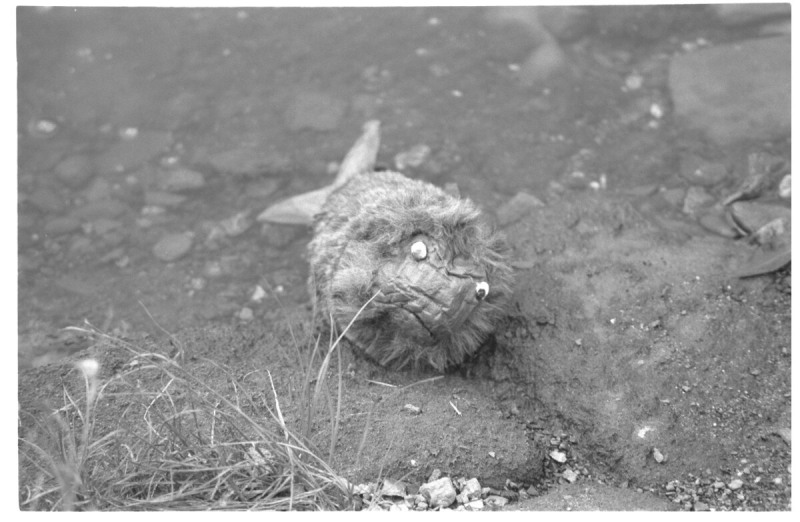 During this performance, I lay on the banks of a river dressed as a mutant mermaid, brought ashore by the tide of “polluted” dreams: fake fur body, latex tail, red hair with a shell crown and three breasts. Next to me there are small fur fish that meow, the fruit of genetic mutations like me. There is always something monstruous about trying to project an image of ourselves. To the eye of the beholder, when fantasy and reality mingle, mutations occur, schizophrenia sets in and dreams are broken. (M. L.)

This performance was originally done on the banks of the Tiber river in Rome for the exhibition “Giochi nell’acqua” under the Industria bridge in September 1993 Other versions were made indoors like a natural history museum in Basel (Performance Index, 1999), and in the Pino Pascali Museum (1997) in Polignano a Mare.

Myriam Laplante, whose performance concept lies in the observation of the exact difference between presentation and presence, with the presentation of a “mutant mermaid” at the Saale, has ruptured the deceptive unity of nature and human power of control. If, for example, the construction of the Saale dam and its environmental impact could be stopped in the short term, then in the long term in the field of GMO pollution quite different consequences are still pending. For the technical feasibility of these experiments primarily transports such mutations, which in a schizophrenic way mix fantasy and reality and are mercilessly self-justifying.