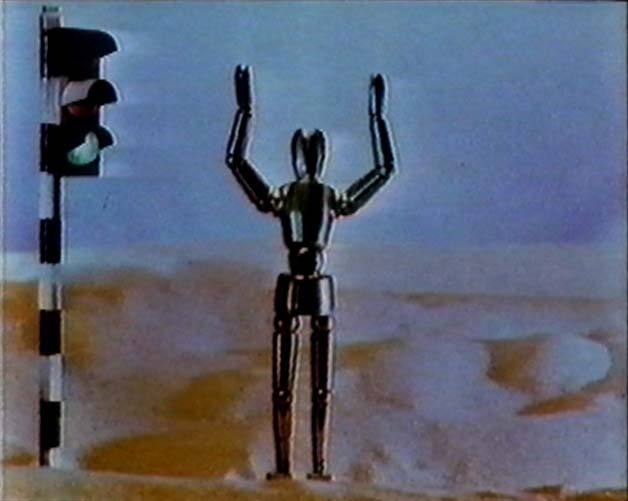 A puppet animation fantasy advertising Shell Lubrication oils. A jolly motorist careers around, up and down the pyramids of Egypt, before recklessly heading into open desert. Beset by a sandstorm, he dies and, with the help of a shower of oil from heaven, is reborn in the form of a muscular silver robot (the company’s trademark emblem) whose power allows roads to criss-cross the globe.

The Birth of the Robot was an extraordinary success for an advertising film, playing in more than 300 cinemas and reaching an audience of over three million. The restless Len Lye made no further puppet films, nor did he work with Shell again, but his sponsors were well pleased with the fruits of their investment.” (Mark Duguid)