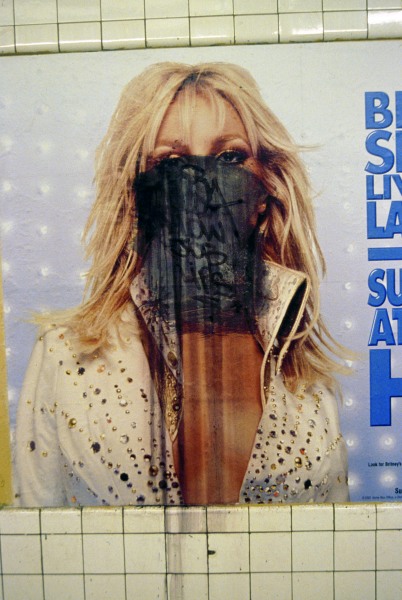 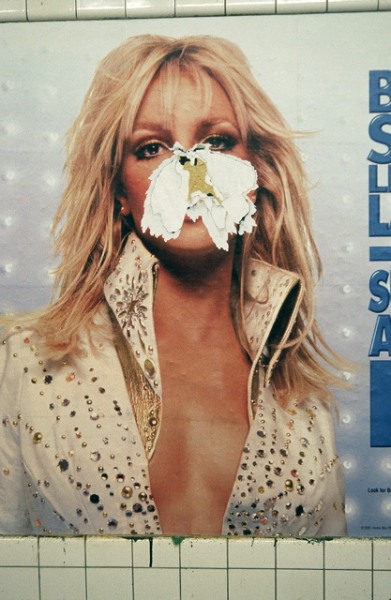 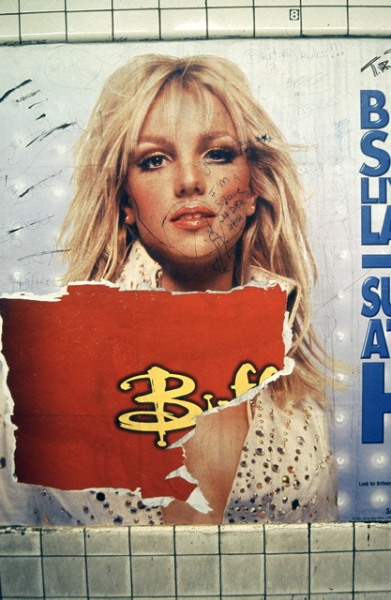 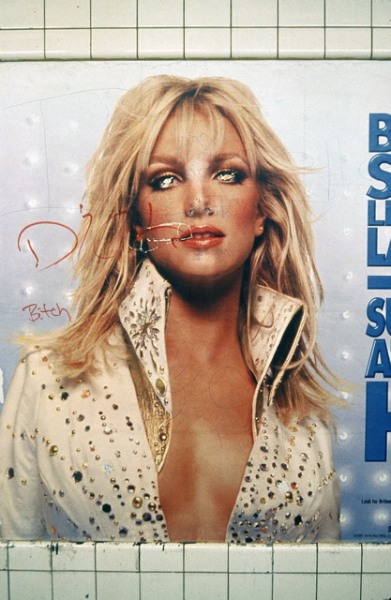 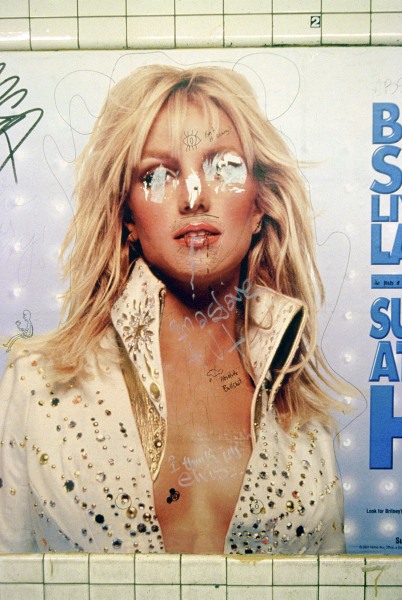 The face, scratched up beyond recognition, on always the same poster, belongs to one of the most successful idols in the world – the American singer Britney Spears. Millions of young people belong to her fan community, fascinated by the perfect self-presentations of the pop star.
None of that is anymore visible in François Bucher’s Spiritual Still (2005). The more than 30 photographs, taken in the New York subway shortly after September 11, 2001, bear traces of a communal ‘spiritual’ awakening. The New Yorkers, who because of the events in their city are obviously no longer able to bear the glamorous and superficial self-presentation of the singer, attempt a collective protest. All imaginable forms of displeasure are directed with the quality of a secular iconoclasm against the idol who, unimpressed by everything, advertises her concert in Las Vegas.
With the attack on the poster, the singer ironically undergoes almost a quasi-religious ‘reanimation’. Corresponding to her oscillation of staging herself as a whore and saint, these pictures of Britney Spears speak well-nigh of martyrdom. The singer seems to question the sufferings inflicted on her with a corresponding pop-pathos, but at the same time she seems to bear them stoically, as her song Girl in the Mirror reports:

For François Bucher’s artistic practice, the engagement with the image, its tradition, charge, and meaning dependent on the context in visual culture is decisive; this can also be seen in his new film Sopraluoghi a Roma (2006). 2
While here the city of Rome presents itself in advertising, shows, TV, or guided tours for tourists, the voice-over makes clear that the film is looking for something else. Starting with Caravaggio’s Supper in Emmaus (1602/03), the camera begins a search for an image that will only come into being in the course of the film. So we hear, for example,: “these images were not taken by me …”, “I could use the face of this person for …” or “I have no words for these images …”.

2 The title is an allusion to Pier Paolo Pasolini’s motif search in Palestine, Sopraluoghi in Palestina, for the film Il vangelo secondo Matteo (1964).