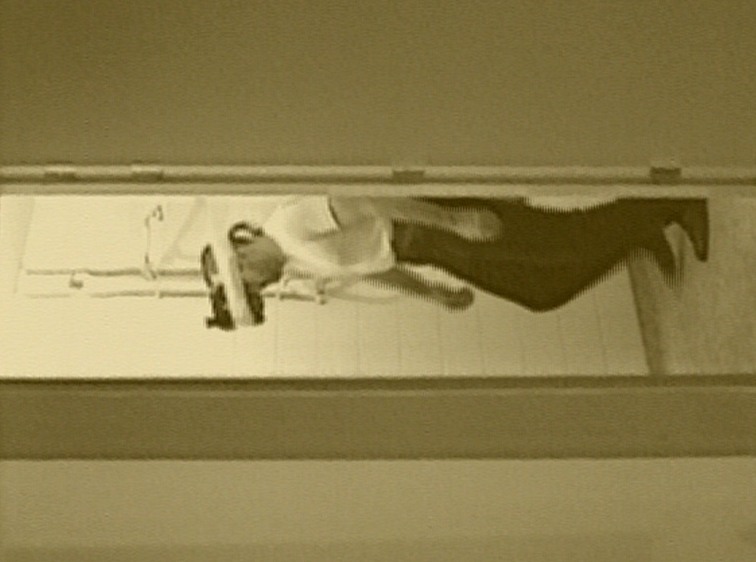 “Sometime in 1994 I suddenly had the urge to perform a shaman dance in the seclusion of the Amsterdam apartment I just moved into. I guess it had everything to do with the panic induced by the (recently made) decision to leave Romania. The use of household appliances in the place of amulets, mirrors and bells, and of a video camera instead of a drum was motivated partly by practical, and partly by cultural reasons. The cynical and absurd aspects of the event were rather irrelevant due to its strictly private character. My partner at that time, who happened to be around and heard the rhythmic noises coming from the bathroom for some 30 minutes, persuaded me to repeat the endeavour in front of a witness camera. The resulting material got lost in my boxes til the summer of 1995, when I discovered in the vinyl collection of my New York friend Ted Byfield the intriguing performance of Estes. The necessity to make the dance and the music meet became obvious. It first happened in 2000, when I produced a two-channel installation. In 2003, almost ten years after the initial kick, I reached the final decision – a long trip for such a short piece.
The title refers to the branded props used in the performance (Sony camera/WMF pans and cutlery) and implies that even trivial events, like a ‘product placement’ (PP) can be converted into spiritual experiences.”
(Calin Dan)