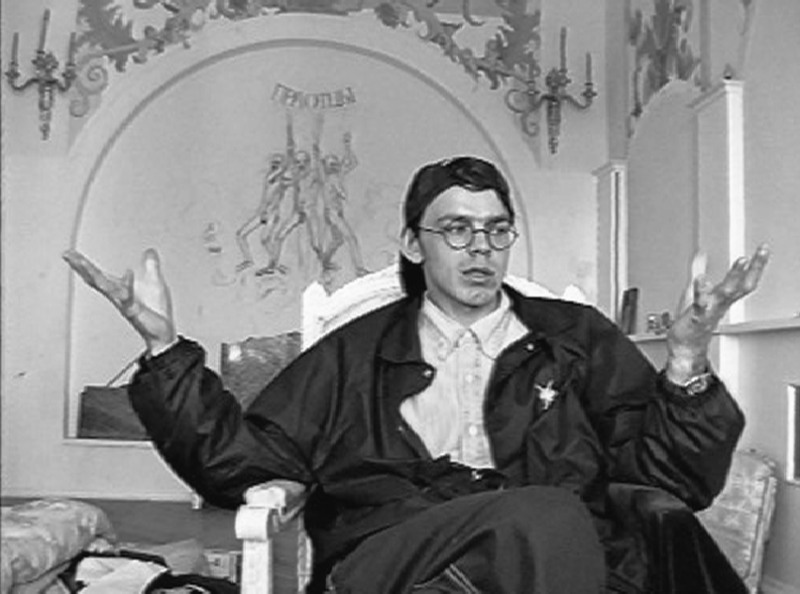 Interviews with St. Petersburg’s artists: Timur Novikov, Sergey “Africa” Bugaev, Oleg Maslov. Sergey Kuryochin (1953-1996) was a famed culture activist. As a musician he created a project called “Popular mechanic”, that created 738 performances. Blixa Bargeld (Einstuerzende Neubauten), Westbam, Echo and the bunnymen and others were involved by this project. Kuryochin also wrote the music for the recent film of Rebecca Horn. He was the only russian musician who worked in context of world culture. Later he joined the “national-bolshevistskyu” party, organized by the author Eduard Limonov and the philosoph Dugin. All his activities got the attention of mass media in Russia. At least he was seen on TV once a week. This video researches his genius and shows how the mass media reacted on his death on 9th of July in 1996.