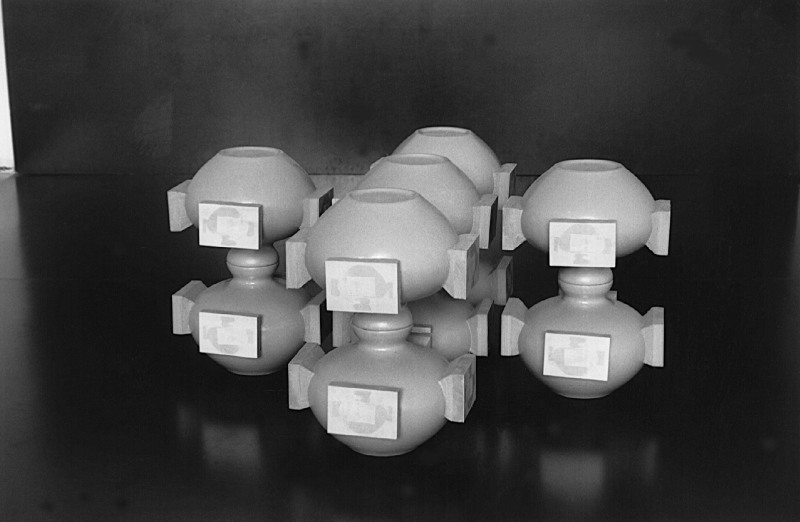 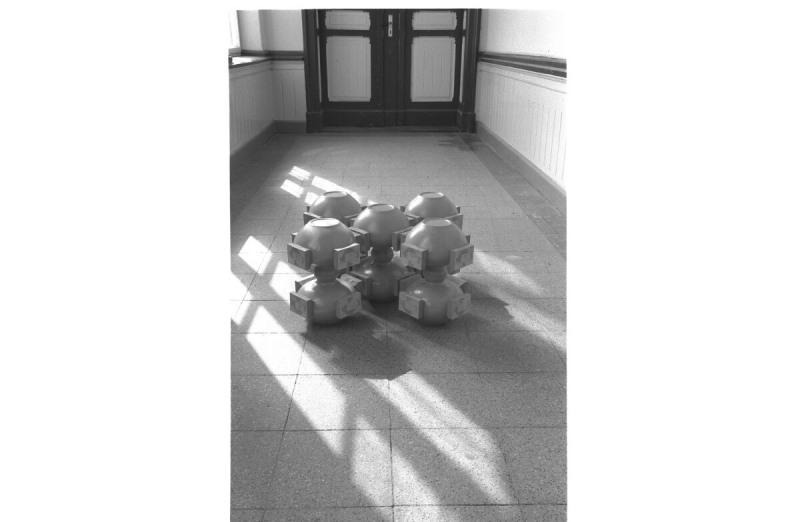 Ten industrially produced bellied ceramic vases form the basis of the floor work “Reprodukt”. As units of five closed hollow bodies each having two bellies of vases and four tops as image carriers, forms are represented, which create an image of molecule models from chemical labs, heavy iron casted parts of pumps and similar things. Reminiscent of machine coatings, the cold, green colouring additionally intensifies the alienation of the original utility article. In “Reprodukt”, mechanical, manual and photographical forms of reproduction are linked with each other. The three dimensional object meeting its two dimensional image makes the look of the viewer constantly change between two levels of perception. By looking at the image, which is anticipating tautologically what can be seen, the object moves to the background. By concentrating on the object, the images become blurred. As the viewer is walks around the work, he has to reassemble the parts already seen out of his memory in order to get a complete impression. Only in this way can the cluster be decoded.