Recommended by Curators Worldwide & The Box 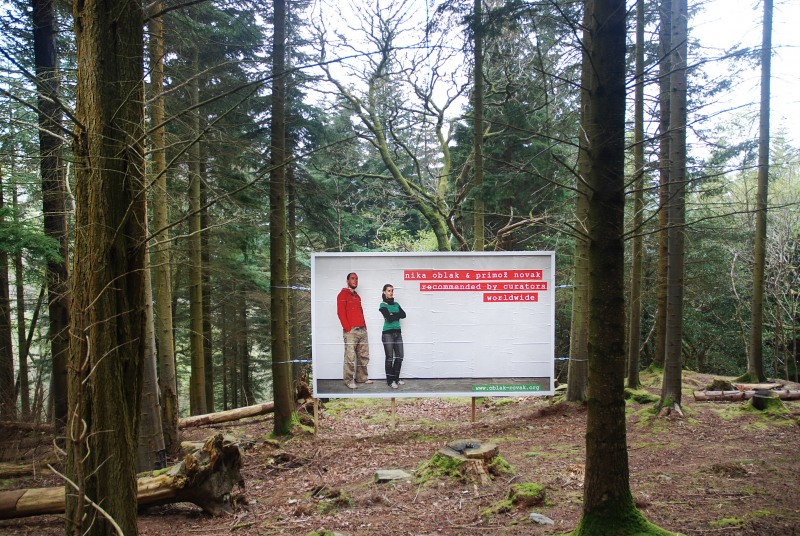 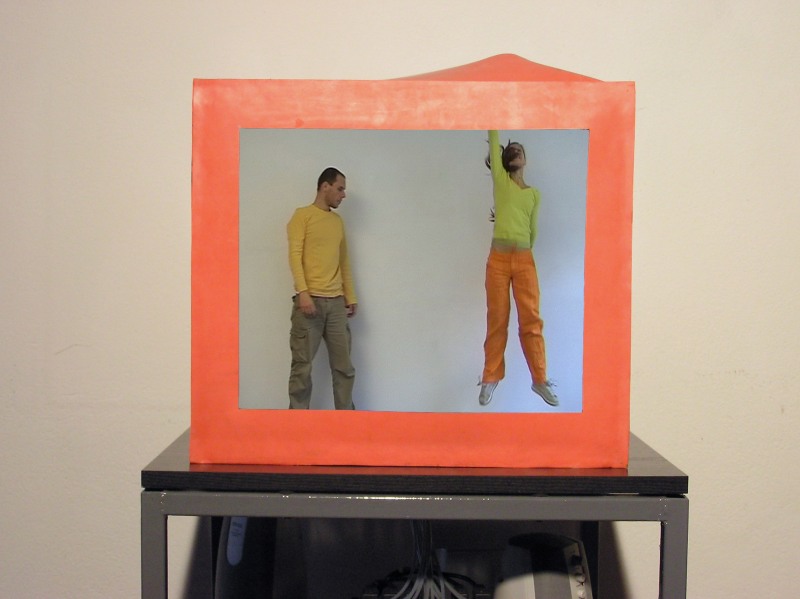 ‘Contemporary art is nothing but a business; we take it as a joke.’

The work of Nika Oblak & Primož Novak draws parallels between a society driven by personal needs and capital and their own role as artists in the contemporary art market. Infused with humour, their work adopts the visual tactics and seductive constructions commonly employed in the mass media to lure the consumer. A correlation is thus invited with the attention seeking tactics employed by a particular strain of contemporary artist and the corresponding tendency, widespread in media culture, to celebrate the glamorous, the successful – ‘fame’ at all costs.

Oblak and Novak’s practice spans the moving image, photography, new media and installation. Their use of commonplace communication media familiar to the consumer creates a very direct relationship with the audience and engages the viewer in a terrain which is accessible and familiar. But nothing is quite as it first seems. Fact and fiction collide. For instance, in a series of gleefully short videos inspired by globally popular films Pulp Fiction and Taxi Driver, the duo produced shot by shot pastiches of the movie trailers in which they take on all of the roles – including Novak in cartoonish ‘blackface’. Shund (2008) takes the original trailer for Quentin Tarantino’s Pulp Fiction and remakes it, shot by shot with a lo-fi twist. Toy cars and guns stand in for the heavyweight originals, and the backgrounds are constructed from photo-collages incorporating images culled from internet trawls. In this way, the artists dive straight to the swelling image bank which is the internet and situate themselves within it as fictional superstars of their own making.

The inane antics of the Big Brother generation are alluded to in their photographic and video series We Did This And That (2007) in which they confront our obsession with celebrity through 43 carefully constructed photographic images and 13 videos, which appear to show the artists as record holders through a re-staging of absurd and often futile feats recorded in the Guinness Book of World Records. The playful undertone cuts across any potentially moralizing stance, although the critique of our easy acceptance of the video document as ‘proof’ is clear. The futility of the re-staged acts introduces a strong element of doubt. Should we believe in them?

The Box (2005), shown recently in the 2009 Sharjah Biennial is a video installation in which the artists are trapped in a fictive space – in this instance, inside a rubber encased monitor. Frustrated, they attempt to physically beat their way out to the outside world. A pneumatic contraption lies under the rubber and is timed to work in unison with the futile actions of the human protagonists on-screen. As Oblak appears to punch at the walls, the rubber film flexes and responds with protrusions. There are clear allusions within the work to the position of the individual in terms of the technological controls inherent in the mass media, and the grip the media has gradually established over the individual through such controls. Preceding the residency for EMAN by four years, the core theme of the work nevertheless isolates the artists from the outside world through entrapment within a media construct of their own making.

During their residency with VIVID, the duo playfully critiqued their own commodity status. Utilising their tactic of taking on the roles of protagonists in their own work, in Recommended by Curators Worldwide (2009), Oblak and Novak have produced a billboard poster in which they feature as the must have commodity. Beneath their image is the slogan ‘Recommended by Curators Worldwide’, a familiar rhetoric device used by advertising companies to lend their product credibility.

In contradiction to the visibility and ubiquity associated with urban billboards, Oblak and Novak chose to locate Recommended by Curators Worldwide in a private arboretum within a secluded Welsh forest. Locating the work in this way alludes to the perceived ‘need’ to consume, and to the notion of access to advertising being almost a statement of inclusion, of being desired as a consumer and of being worthy of the goods advertised. Using themselves as a ‘brand’ within the work critiques the way in which the commercial art world markets and packages artworks but at the same time, the perverse location allows the artists to take control of the space and means of distribution. In contrast to the struggle to break free seen in The Box, the artists in this instance take full control of their space and of consumer access to them. With full scale, face on images of the artists, the work is brazenly discordant with its leafy surroundings. There is only an incidental audience, an occasional passing rambler or solitary holiday maker. But hey … it’s because we’re worth it.