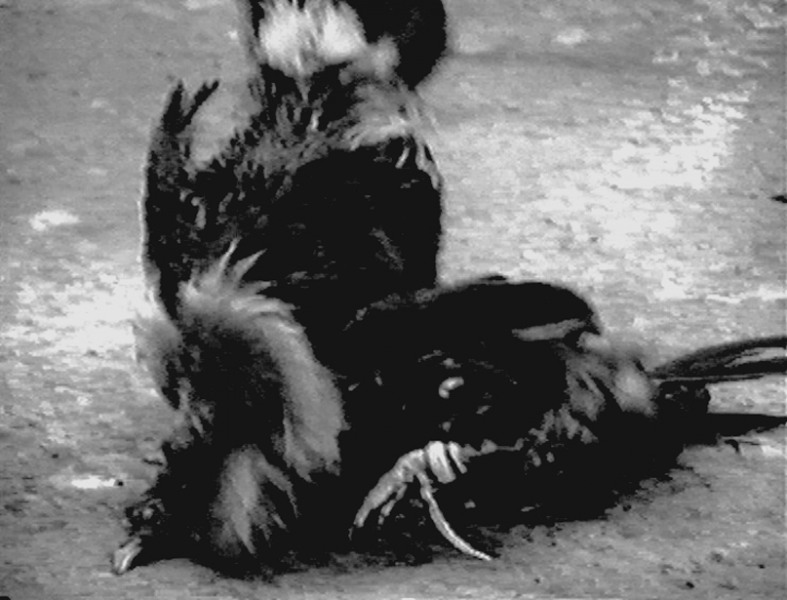 12 images of 1.6 seconds, divided and assembled according to a found mathematic principle, that repeats 12 times and that puts the gained time units after another. The result is unsatisfactory. The tension does not lie in a formally generated interchangeability, but in the niches of individual manipulation, that give the importance to coincidence. Only with deceit one gets stories. The images are preselected. They also show “cuts”: cockfights, samurai battles, cartoon battles. They present violence, which is amplified by the principle of montage. The at first only flashing signs get gradually forced into events. Order is re-established. Everything gets its place, except a paper dragon, which is still flying around somewhere.