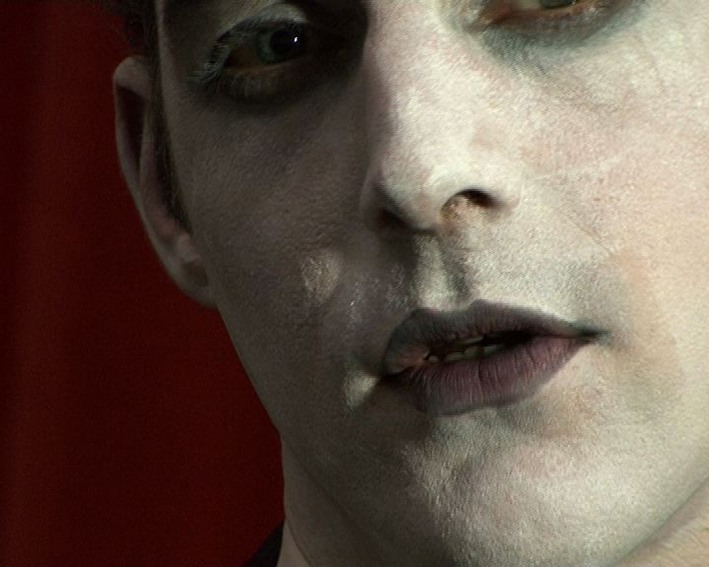 I use found sampled sounds from prologues (made between the 40s and 60s) and show pictures of an actor trying to lip synch the lines, to address the expectations of the viewer while watching a film. These prologues were originally created to make people feel a certain way or to elaborate a certain political agenda. However, out of context, they become a surreal commentary on the nature of film itself. It shows the actor as an automaton and yet also a person who makes mistakes and shows part of himself. The video keeps the relation between the viewer and the actor on the screen uncomfortably close.