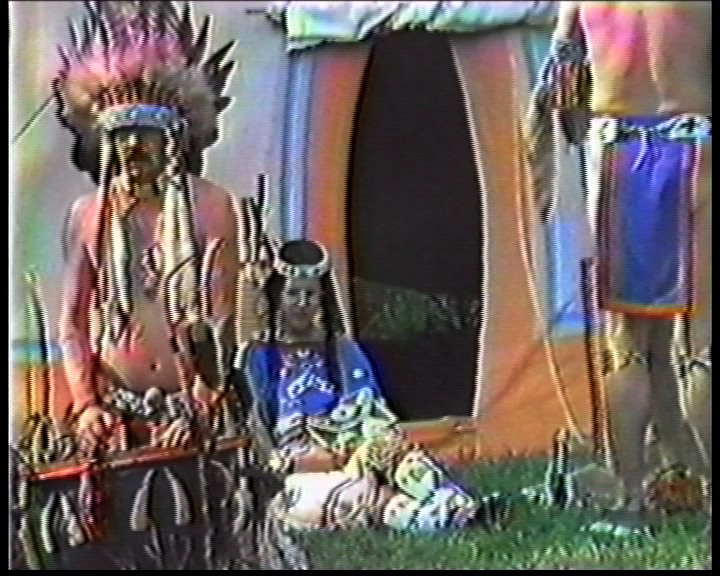 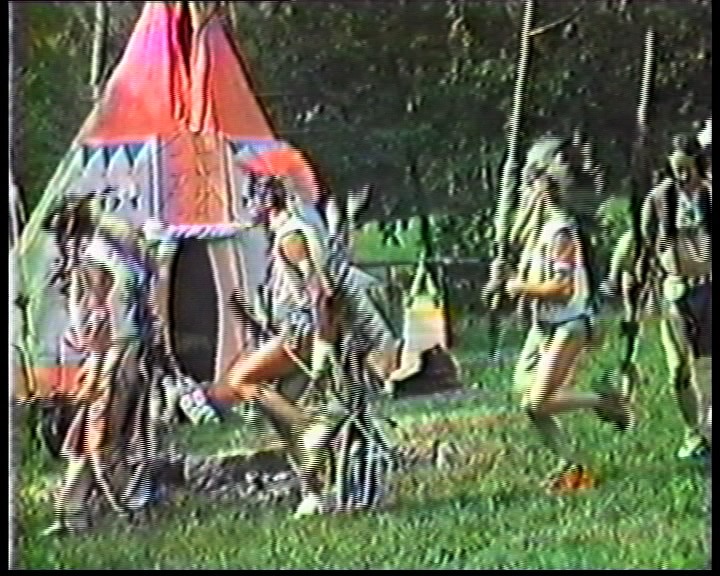 The GDR owes thanks to Karl May and Germany’s enthusiasm for Red Indians for what is probably its strangest cultural phenomenon, the ‘Cultural Forums for Indian Studies’. Based on a tradition from the 20s and 30s and founded in 1956 under the aegis of Chief Powder Face (alias Johannes Hüttner), the ‘Old Manitou Club’ was the first organisation in the GDR in which adults spent their leisure time Red Indian-style. During the 60s well over one hundred of these ‘Folk Art Collectives’ followed its lead, some of which are still in existence today. Like Karl May, the members of these groups had never seen either America or Red Indians, yet they nevertheless strived to be as authentic as possible, imitating, not an idealised ‘universal Winnetou-style Red Indian’ but rather genuine tribes, their rites and their clothing.

In Powder Face und die Kulturgruppe für Indianistik the Chief explains to his American guest – in the most perfect Saxon dialect – various folk dances and also the official yet here seemingly subversive line on Red Indians: “People like us, who are fighting for their rights”. The second part of the tape brings us a cowboy performance. As the GDR’s official reason for allowing Red Indian Studies was the necessity of preserving the customs of a minority subject to repression in the USA, it didn’t in theory gladly suffer ‘cowboy oppressors’. This is probably why a somewhat arbitrary account of the rodeo as an Indian tradition has here to serve to justify the show … before this blithely devotes itself to the myth of the Wild West amid twangs of Country music.