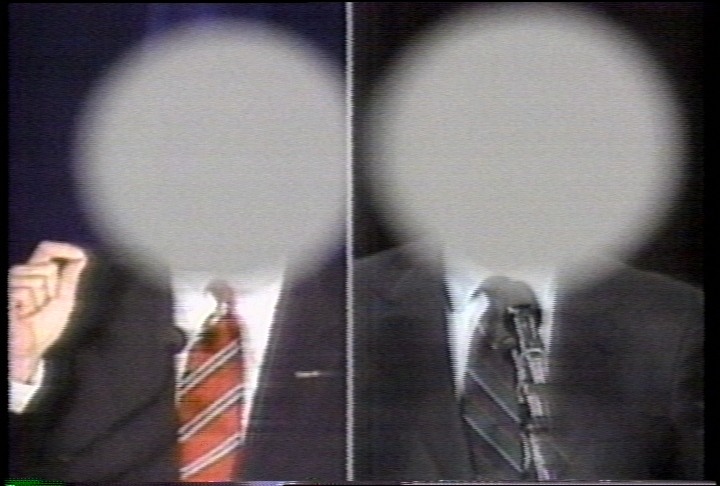 With every presidential election beginning 1984, Antoni Muntadas and Marshall Reese have compiled and edited Political Advertisement a historical survey of television campaign spots from 1952 to the present. This fascinating anthology, updated to include advertisements from the 2008 presidential campaign, documents the selling of the American presidency since the 1950’s.

The artists began their project when Spanish media artist Muntadas met MIT political scientist Edward Diamond, who was then working on The Spot, a book about the history of political advertising. Some material in Political Advertisement 2008 comes from Diamond’s own collection. But while Diamond describes and analyzes the evolution of political ads for his readers, Muntadas and Reese decided to let the material speak for itself, without commentary. What emerges is a social and media history revealing how campaign spots have become a political strategy and manipulative marketing technique.

Reese joined the project in the early 1980s, when Muntadas showed him some old political ads. The American video and installation artist immediately got enthusiastic about the project when he recognized a 1968 ad commissioned by Hubert Humphrey attacking Richard Nixon. Using humor and irony, this ad created by Tony Schwartz distinguished a new trend in political advertising, contrasting with the straightforwardness of earlier ads.

“Political advertisement has changed,” Muntadas notes. “At first ads gave information. With the evolution of advertising, ads give less information about the product, and they are more about strategy. What they want is to get people to buy the product – the candidate.”
“I see,” Reese continues, “the development of political marketing to fuse marketing techniques with sophisticated political messaging. For me, it’s very much the creation of a new political class of persuaders, whose background is as much communication science as it is consumer marketing.” Indeed, the spots in Political Advertisement reveal just how such techniques have evolved from an Eisenhower trying to make his stances clear to his viewers to a Reagan playing to the dreams of his audience.

Political Advertisement, like many of the other works of Muntadas and Reese is a kind of hybrid, blending European and American perspectives. It also is a work of art that is a piece of media criticism, even though the artists don’t claim to be media analysts. “We try to be as objective as possible,” says Muntadas. “Well, objectivity doesn’t exist. But we try to keep some distance. There are choices to be made, and you have to build a discourse from these choices.”

So, if not a theory of how political ads influence voters, what will the viewers of Muntadas’ and Reese’s work get from it? The force of the project is that it pushes one to look critically at both political advertising and politics. At the end of an hour of being bombarded with political advertising, you are left with the impression that candidates are offered to consumers/voters pretty much the same way beers, fast food or candy bars are.

Today’s candidates, Muntadas and Reese show us, are increasingly homogenized. They use the same gestures, the same metaphors, the same inflection and language, the same graphics, the same music in their campaign ads. The result, as media consultants flatten political discourse to transform polling booths into grocery store checkout aisles, erodes civic involvement and impinges on broadcast communication as public space.