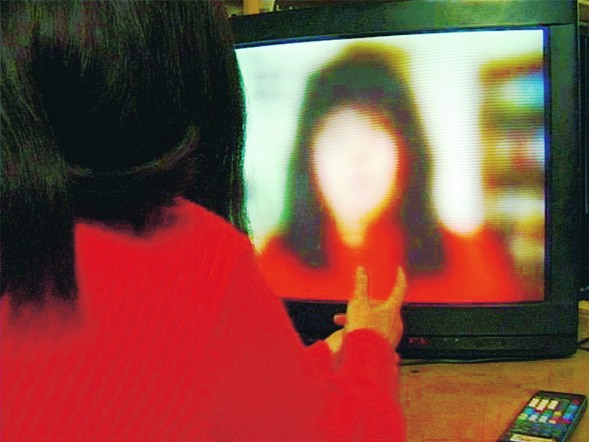 “Planeta Alemania is the attempt to make a filmic portrait of a woman who cannot reveal her face in front of the camera. In Germany, many
people live without a residence permit, ‘without documents’,which entails more than not having access to civil and social rights. ‘It’s like being on the run all the time. We practically live like criminals who haven’t committed a crime.’ This negative image is intensified in the media – we’re familiar with television images of people like the females protagonists, they are presented as ‘illegals’, their faces obscured by enlarged pixels, degraded to ‘shadow existences’, or with barred eyes, victims as well as culprits. In month-long discussions, the four of us – the protagonist, the filmmakers and the interpreter – developed the intenuated context for this video. The examination of different themes, such as health, work and everyday discrimination, lead to a conception that works with different forms of representation for each theme.
Through tableaus, a portrait develops in a fragmentary way, without the person actually leaving her state of invisibility. Her analyses, dreams,
hopes and thoughts render an altered view of Planeta Alemania.” (dogfilm)