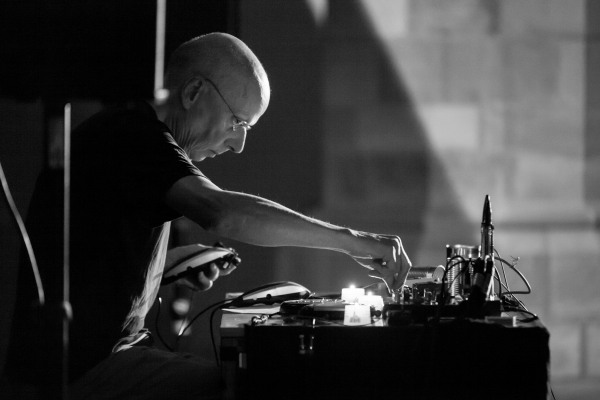 Born in 1950 in Linköping, lives and works in Stockholm. Having studied at the Royal Academy of Fine Arts in Stockholm, he has been active since the mid-1970s as a visual artist, performer, writer and publisher. He creates space, sound and object-based works that recurrently examine dream worlds and social hierarchies. In 1982 he founded the Firework Edition publishing company together with Thomas Liljenberg (with whom he has organized performances and exhibitions since 1978). In 1988 he founded the duo Guds Söner (The Sons of God) with Kent Tankred. Elggren is Co-Monarch (with Carl Michael von Hausswolff) of the Royal Kingdoms of Elgaland-Vargaland, which were founded in 1992 as both a dreamland and micronation in digital form. In 2001 he and Carl Michael von Hausswolff represented Sweden in the Nordic Pavilion at the Venice Biennale. In addition to numerous sound and exhibition projects, since 1996 he has continually explored the Electronic Voice Phenomenon (EVP): Warhol Spirit (by Absolut) on 1 October 2014 at SIR Stage 37 in New York; The Summerhouse (with Emanuel Swedenborg and Michael Esposito), 2007; The Fire Station 6 (with Michael Esposito), 2008; and Talking to a Dead Queen (solo project), 1996.