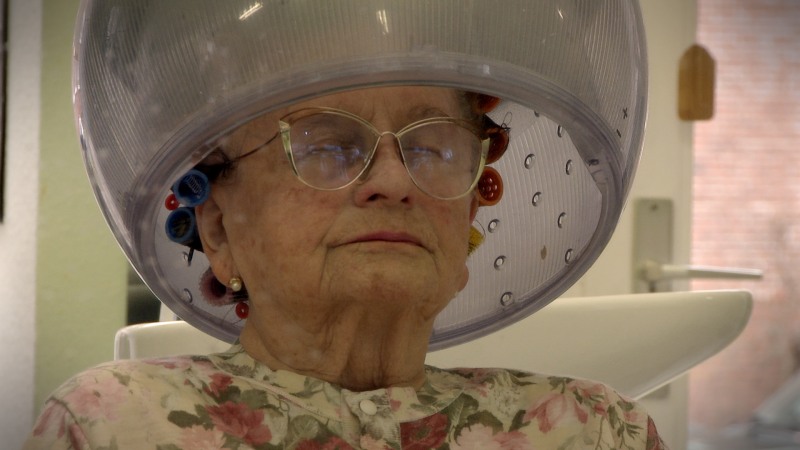 Let us imagine two blind men. They are touching different parts of an elephant: the tusk, the tail, etc. They could describe these parts to each other still they wouldn’t find out what an elephant is. This parable at the end of the film “Traces of an Elephant” by Vanessa Nica Mueller is about perception and awareness, and it concludes the following: “Our knowledge is limited by our failing understanding of the whole”. Even when we can immediately recognize a physically perceived elephant, we encounter boundaries when we attempt to create an all inclusive definition for “elephant”. The “elephant” is connected with different places in different cultures, e. g. the Sahara or with the Zoo. There are different kinds of elephants, in Hinduism it has its own symbolism, but it has become a Disney figure and it is even associated with a German Second World War tank. So even in the case of the elephant, which seems so simple at first glance, it is impossible to bring all the connotations of the term together.

In the artistic representation of the elephant it is just as impossible to capture all references at once. In the Hindu religious context the association to a tank or to “Dumbo” is mostly irrelevant. When creating a narrative one has to ignore most of the possible meanings so that the significance that is meant, can come to the foreground. Subject and object have to be compatible in the plot. In order to follow one way of thinking it has to be free of superfluous sidetracks. A silent agreement regarding the context is established between the “storyteller” and the audience that enables the transmission.

“The path we follow” is the title of the program which shows movies that unfold in the framework of the interpretation – so exploring its set patterns and the flexibility of the framework.

In “Traces of an Elephant” the difficult social-political situation of Northern Ireland provides the frame. Vanessa Nica Mueller uses footage from Alan Clarke’s much discussed short film “Elephant” (1989), and combines this with audio recordings of inhabitants of Belfast talking about scenes of the movie, about changes in the city and about their personal experiences which relate to the film. The camera follows perpetrator and victim to the scene of the crime with merciless objectivity but just before the murder takes place the scene ends and we jump to the next killing. There is nowhere to escape to and there is no explanation either. As one of the interviewed put it: one gets the feeling as if the structure of the city were to blame, because no other motive can be discerned.

The Serbian Doplgenger (Isidora Ilic & Bosko Prostran) examine gender specific roles. According to the theory of Laura Mulvey, the esteemed feministic film theorist, in the cinema the man (the carrier of the gaze) is always in the subject position and the woman (the bearer of the gaze) is in the position of the object. This perspective sets the limits of possible roles and narratives which we accept without even being conscious of them.

In “Gelbs Film” a hairdresser is telling his clients a love story which is to be the scenario for a feature movie. The plot of is inspired by the inhabitants of the neighbourhood and the situation of the area in which the storyteller an his listeners live. The plot changes during the narration as the clients comment on it. The story that emerges through these discussions could be regarded as the fictional representation of the little world of the hairdressing salon.