One Universe, One God, One Nation 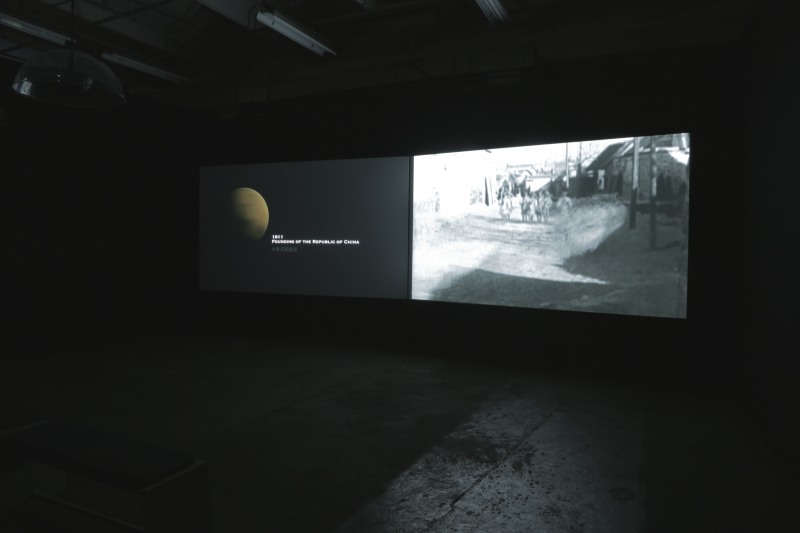 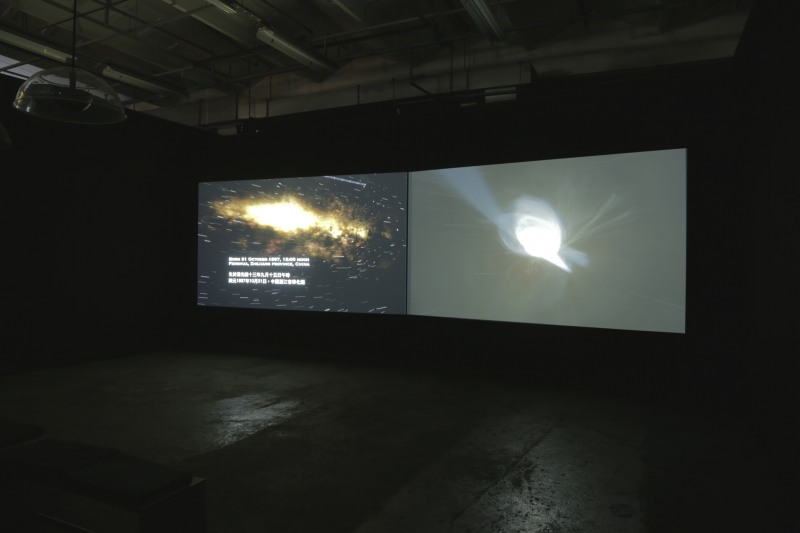 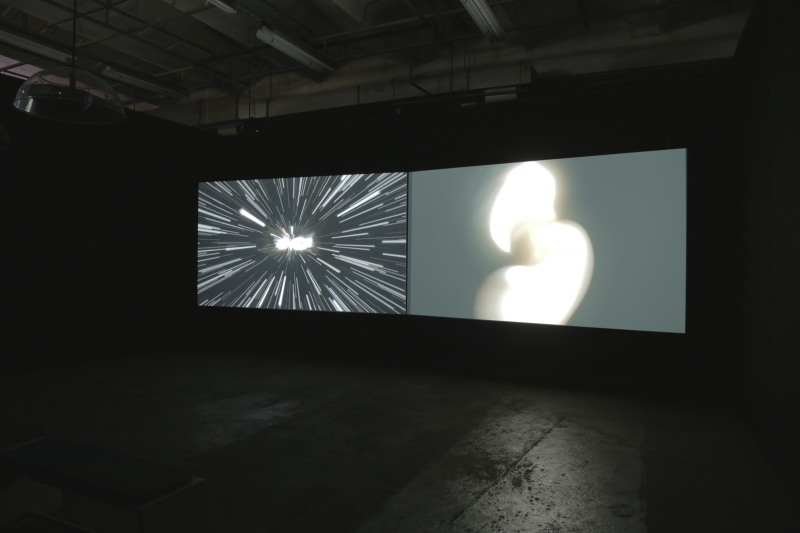 The Making of the Body Politic through Violence

The degree to which a certain society is bonded by ideology can be assessed by its relation to violence. Ideology is what renders violence legitimate. It produces a certain kind of agreement of what counts as acceptable and as necessary violence, an agreement that saturates the social body to the level of the micro-economy of aesthetic feelings and the margins of what is deemed tolerable. Much more than the infamous self-willed social contract, it is these agreements that produce the modern body politic. The body politic of modernity is made through a certain form of primary violence, not by the individual choice of entering subjection under a common law. The name of this violence is colonialism, discipline, and various forms of terror. It is a primary violence that foregoes social order, a negative zone of lawlessness on which positive order and the law will be based. Any contemporary utopian project will have to come to terms with this constitutive blind spot of modern politics.

The ideology that perpetuates such violence and maintains it is not necessarily an ideology from the books or otherwise written in explicit form. It is negative as opposed to positive, and hence covered up within a silent normative core, implicated, inhabited and embodied. At the same time, it is being exported into imaginary outsides, projected onto a certain typology of others, figures of difference and transgression. Yet it can certainly be recognised by its patterns, symptoms, and discourses. These discourses prominently include historical truth. This is not limited, but particularly obvious under the grip of nationalism and imperial schemes. A high degree of ideology shows itself in societies whose bond is maintained by collective denial, typically when perpetrator collectives dictate national memory, counting on the implication and complicity of a large amount of the population. In such cases, a society’s ideology typically begins to border on fiction and make-believe. Collective reality itself then is saturated by the negativity of violence and begins to show symptoms of the psychopathological. This is because such fiction turns reality as such into a war-zone, a battlefield of dominance and subjugation. “Ideology”, in such case, is itself the medium and milieu of the perpetuation of violence.

The collective lie and denial dialectically produces the language of propaganda. It delineates a field of action in which certain forms of violence are pre-scripted by the past, that is, by the very form of the body politic. These scripts merely await someone to respond to their call, to become subjected. It is to these scripts that the work of James T. Hong is dedicated. They are the scripts of nationalism, imperialism and racism. Without an essentialist conception of historical truth, James T. Hong dissects the architectures of power that produce the historical lie. To this end, he often embraces the internal dialectics of concealment and revelation at the heart of the language of propaganda, which at the occurrence of the slightest moment of difference can begin to “exhibit” itself.

With the exception of The Duck of Nature / The Duck of God the films in the programme presented at Werkleitz engage with controversies over historical truth, with ideological mobilisation and the status of state violence in modernity. Apologies is a captivating collection of statements made by leaders of governments and militaries across the globe. What these statements have in common is that they bear the character, to varying degrees, of official apologies. From Willy Brandt to Henry Kissinger and Richard von Weizsäcker via Ronald Reagan, Japan’s Tomiichi Murayama, Bill Clinton and Donald Rumsfeld to John Allen of the International Forces in Afghanistan, to name only the most prominent few, they unfold a panorama of horrors leading to the aforementioned underside of the modern body politic, the blind spot of their systemic transgression of the law, the zone where they harbour terror. The necessary humble gesture of the performance of an apology is an inverse mirror to the heroic, ideology infused body language of the typical 20th century perpetrator. The “genre” of the state apology emerges only in the 1980s. Perhaps only then does a certain recognition of the character of modern body politic become possible. But why? This is a pertinent question that poses itself throughout the film. How is our relation to the violent histories in which we are inscribed changing?

Cutaways of Jian Chun Gen, co-directed with Yin-Ju Chen, is part of an ongoing project dealing with the aftermath of WWII in East Asia, particularly with the experiments with biological and chemical weapons by the Japanese. The film’s protagonist is a Chinese farmer who fell victim to Japanese biological warfare (glanders) in 1942, at the age of only two years, and has since survived with open wounds. The related documentary film Lessons of the Blood, also co-directed with Yin-Ju Chen, engages with history textbook controversies, and the Japanese denial of the extend of the terror they inflicted as part of their racist, imperial scheme during WWII. The film repeats an assessment familiar from Jean-Luc Godard, namely that fiction is the genre in which the imaginary of the winner articulates and asserts itself, while the victim can only resort to the language of the documentary. The battles of power, representation and consciousness saturate the aesthetic, the field of form, expression and genre.

Yin-Ju Chen’s work leans towards the side of fiction on this battlefield. It is to the inner working of such fiction and its relation to power that her work is dedicated. How does fiction make itself evident as social fact, as fact of power? Together, Chen and Hong have produced the installation The Turner Archives, a video installation on the borderphobias and phantasms of racism, leading us into a room where an attack on the multicultural order and government of the United States is being plotted. It is based on the novel The Turner Diaries, a bible of American white supremacists, which describes the battle and victory of the white race against coloured people. The work can be understood as a study of an immunological delirium: phantasms of power and purity that are raised against the foil of invasion, hybridity and contagion: a theatre of monstrosity producing an inverted logic of identification, through which its subject ultimately turns into the dialectical monster that it projects onto its environment.

In her video installation One Universe, One God, One Nation Yin-Ju Chen digs further into the laws that govern the constitution of power in the realm of collective fiction. The particular moment evoked here is the age of space exploration in the 1960s, juxtaposed with the forms of imperial, ideological, and totalitarian power existing at that time. The inspiration for the work came from Hannah Arendt’s analysis of space exploration as a form of “world alienation” and from the astrological horoscope of Chiang Kai-shek, the leader of the Kuomintang nationalist government of China that had been defeated by Mao in 1949, and who became the authoritarian ruler in his exile, Taiwan, in the aftermath. What interests Yin-Ju Chen in the mythologies and ideologies of government in the 20th century is its irrational underside, the way it is dominated by particular characters and their charismatic aura, as was the case with Chiang. What interests Yin-Ju Chen furthermore is the constitution of the collective as a mobilised collective, seemingly self-moving in the specular image of its charismatic leadership. This mediumistic interplay of charismatic power and the people reminded Yin-Ju Chen of the mirroring relationship of micro- and macrocosm that is a fundamental assumption of an overwhelming amount of pre-modern and obscure belief systems. In between grandiose imagery of the cosmos, the final frontier and dream condition of “other worlds” during the second half of the 20th century, and images of military drill and collective devotion to power, Yin-Ju Chen inserts the horoscope of Chiang Kai-shek. Inevitably reminiscent of the tradition of divine kingship that stood for millennia at the centre of the Chinese empire, this horoscope seems indeed to predict, and hence to grant, the future leader a heavenly mandate to rule.

What One Universe, One God, One Nation achieves then is to evoke a sense of closure, of coming full circle, of a dialectical collapse: The “other world” will always return as the same. The logic of power and its constitution in the domain of fiction and charisma seems to constitute a trap of cosmic dimensions. And it is this very dynamics of power that we find at the heart of the modern predicament with utopianism. To avoid utopia hence means perhaps first and foremost to avoid falling prey to a certain logic of division and closure, that renders the utopian ideological, and that becomes operative the moment it projects itself into an imaginary elsewhere and sets itself apart in the real world. The only modern utopia that will always survive such historical dialectics is that of stepping outside the spell of the horoscope and the “cosmos” of charisma.