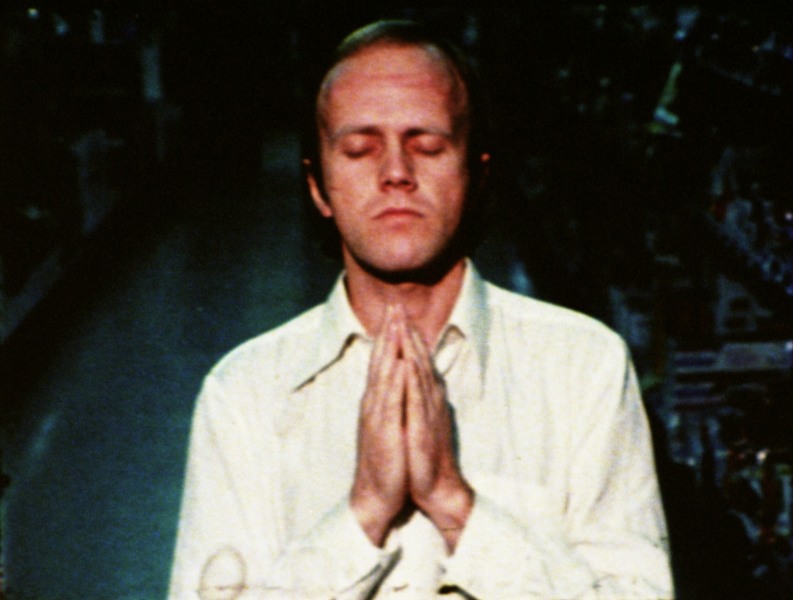 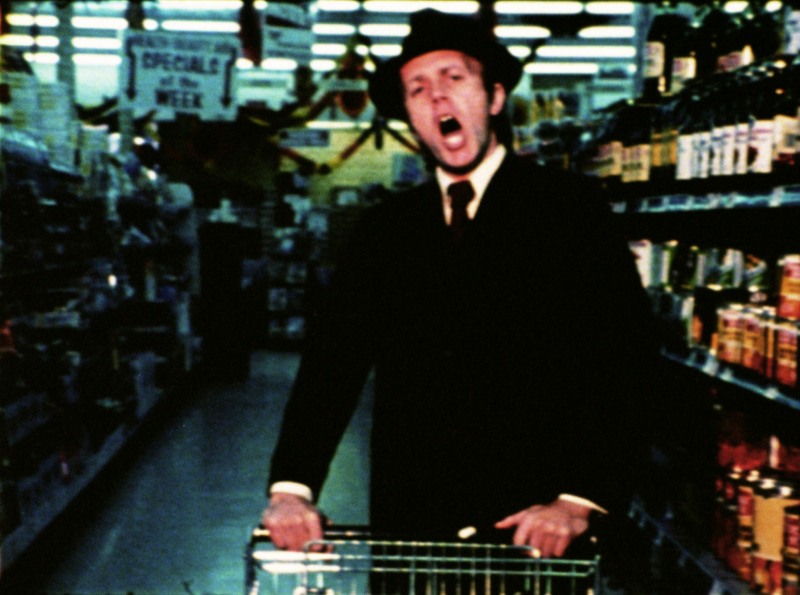 “No Sir” is a snappy if rhetorical anagram for “Orison”, an archaic word meaning prayer, address to God and, by extension, even the mere act of uttering words. The film’s title is itself a palindrome, symbolically accentuating the film’s two symmetrical but opposite camps: the colloquial versus the ceremonial, a polarity that Owen Land visually compresses into the single image of the devotee in the supermarket aisle. The hero, who forsakes his groceries for an oration on the alleged similarity between love and the market, in turn exchanges this hymn for a prayer. The intervention of a crudely sceptical ‘deus ex machina’ brings the film full circle with a reply that answers the question even as it implicitly contradicts it.