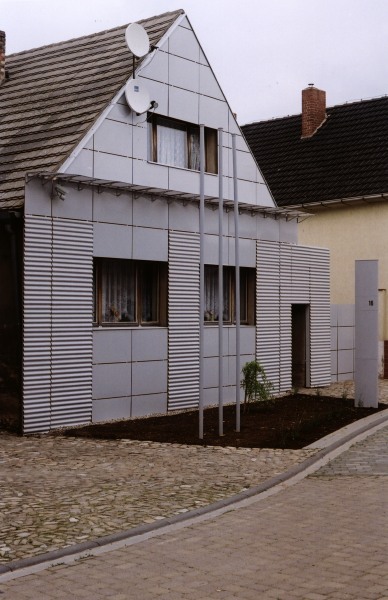 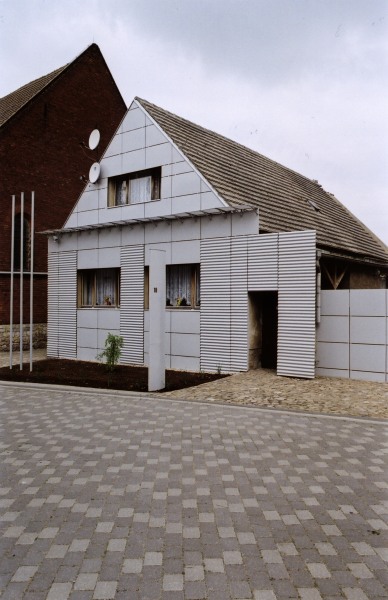 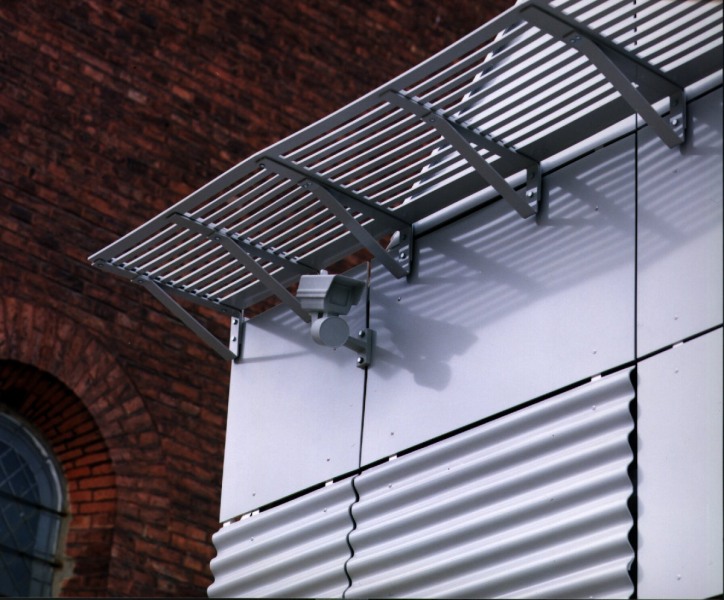 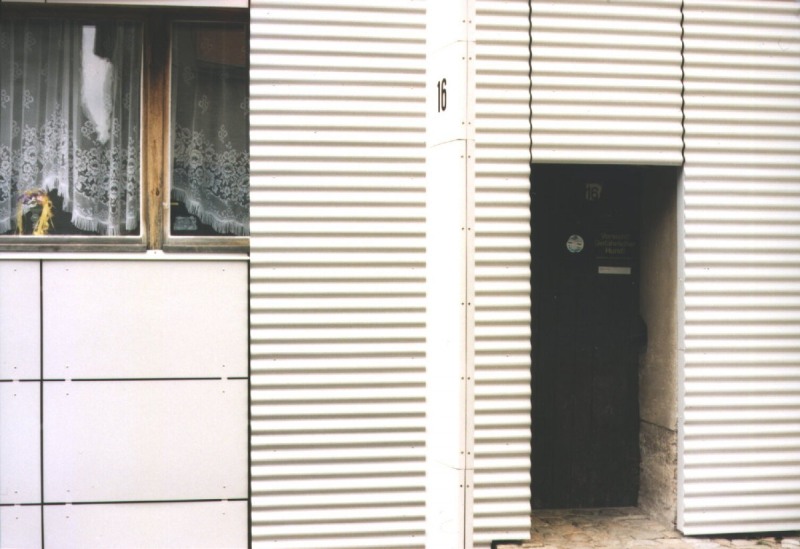 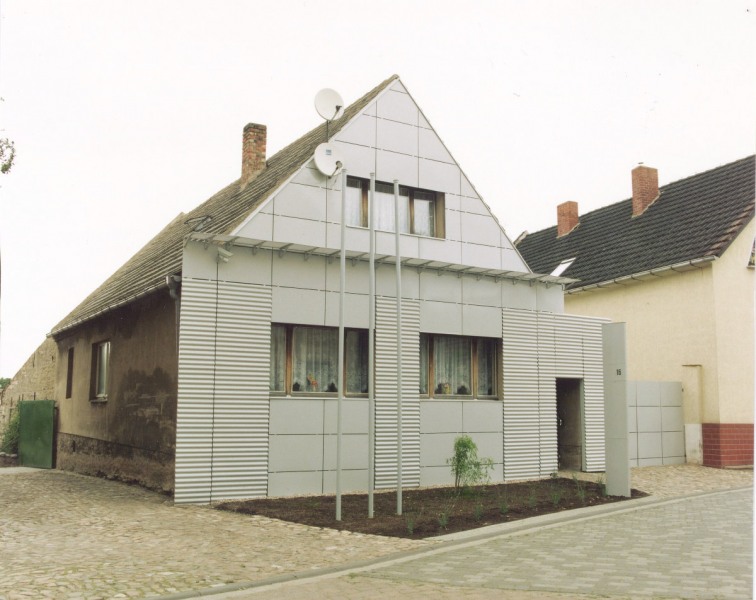 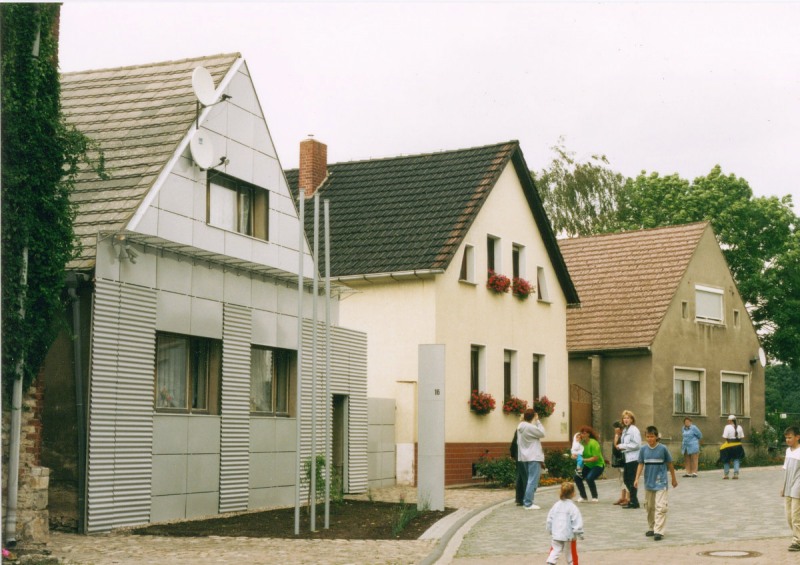 New architecture and elements of design in urban spaces are meanwhile produced in similarly standartized form, under similar conditions and subjected to the same kind of entrepreneurial considerations as are consumer goods. The short term opening of the New States towards the market economy made way for a massive use of aesthetic principles declared standard.

For the occasion of the Biennale, Eva Hertzsch and Adam Page developed a system of facade cladding which, inspired by materials used for the construction of new office buildings, promised ‘professionality and strategic thinging’. They advertised their project with flyers distributed to Werkleitz and Tornitz households. The facade of a so-far unrenovated house was to be newly clad. The proposed system consisted of various exemplary facade-elements, corrugated panelling, sun visors, flag poles, a large sign and a dummy surveillance camera made from light grey plastic. ” Whether you use the cladding to compliment a new self-employed occupation at home or out of a personal interest in DIY, the system is sure to cause reconsiderations of the status we give to work in an office compared to work at home. The system is made entirely out of plastic and its modern kit-form design enables easy assembly on all types of flat or house.

The new facade of a single-family home in the Saalestr. 16 comes close to the perfection of a photo-shop simulation and brings up a variety of questions, for example, what it means to work at
home‘and the power of a symbolic aesthetic.

The project was realised in close cooperation with the Roseler family.