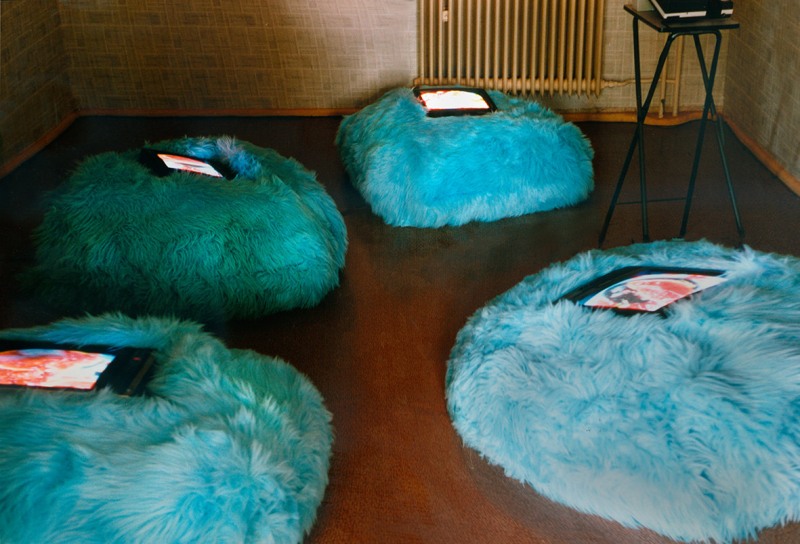 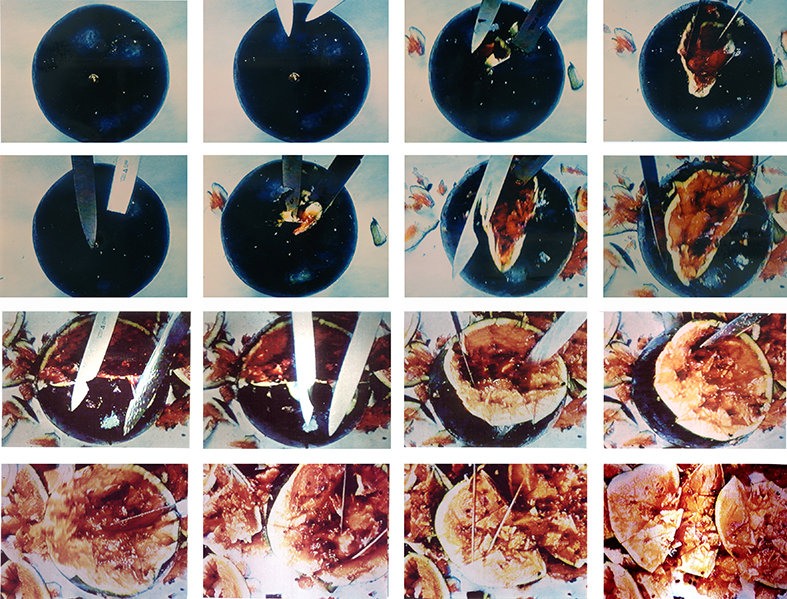 The mantis religiosa, called the praying mantis, is a mantis that traps its victims with its forelegs, sometimes beating them or killing them with lethal bites . Often it happens that after mating the male is eaten by the fat female.

On each of the three monitors, a watermelon that exactly fits into the image section emerges from the white; two large knives begin to penetrate the green fruits and then tear them apart bit by bit. Meticulously, the melon is minced until only red pulp fills the image surface. Hands are never to be seen. The knife tips disappear, fade to white.

This process is repeated again and again, sometimes accelerated, sometimes slowed down. The slow motion and the time lapse cause that the loud sound produced when cutting and tearing off fruit pieces is alienated and hectic sounds are combined with dull, heavy beats. It sounds like in a factory floor: non-stop labour at the "slaughter on the melon field".

Melon field- mantis religiosa may on the one hand provoke associations such as worldwide exploitation, bloody war carnage, sexual intercourse or the automatisation of our lives. On the other hand, the evergrowing fruit garden in fast motion and in its clear form has comical features: as in animated cartoons it is lustfully laid to waste, then in the next image resurrected: "the show must go on".