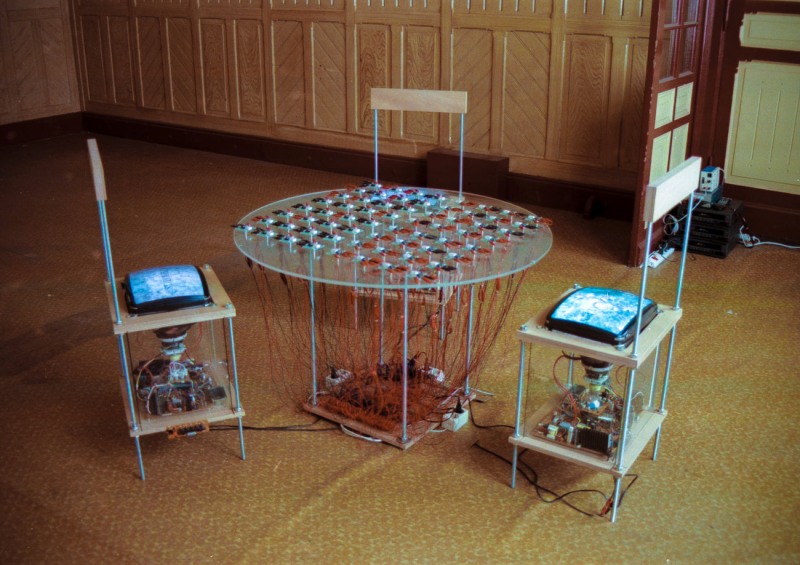 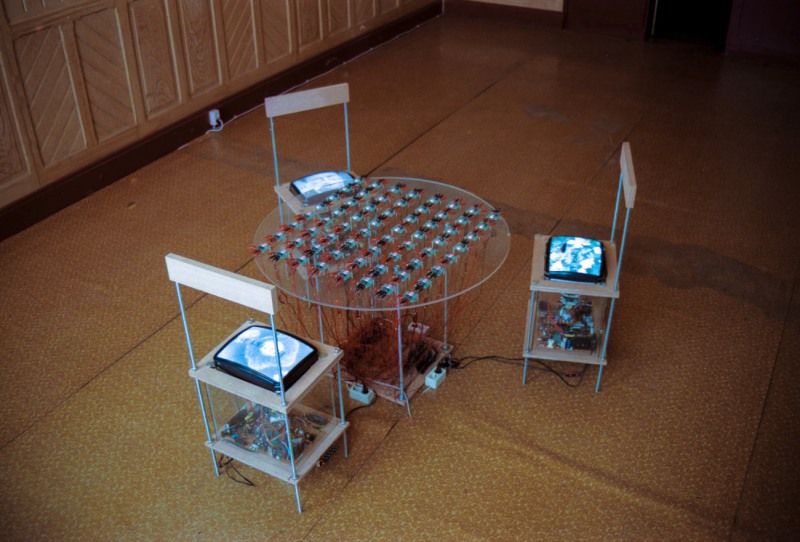 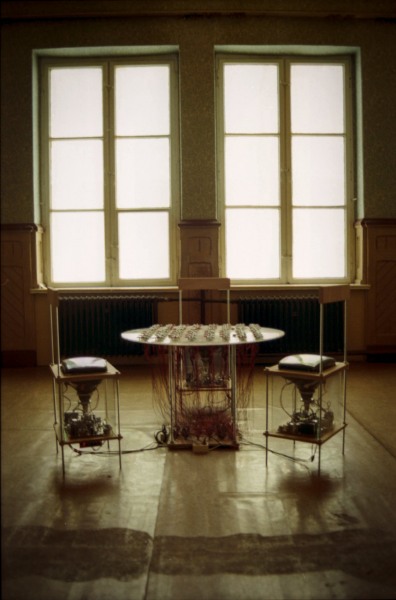 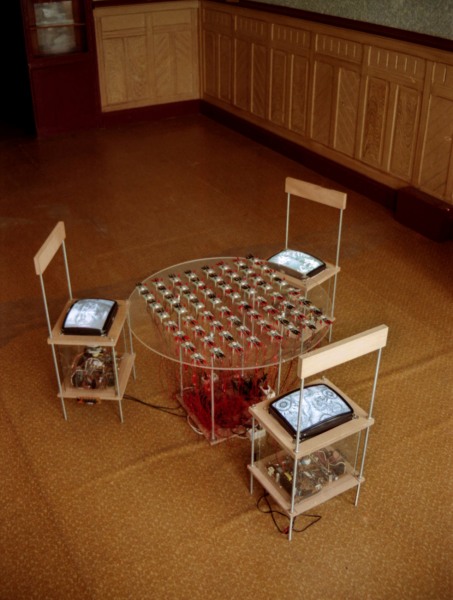 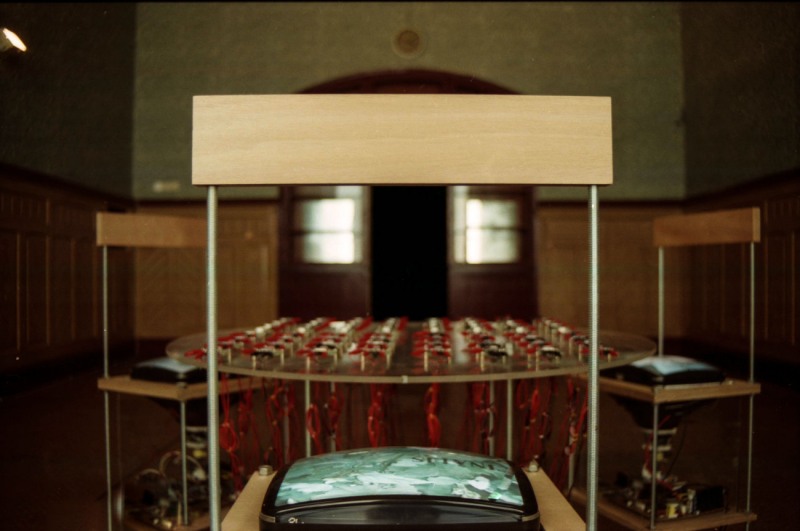 On a transparent, round tabletop, the 64 values of the Boolean truth table (a tabular list of the truth value progression of a logical statement, named after the English mathematician George Boole), symbolized by red luminous numerals “0” and “1” (“true” and “false”), are arranged squarely in eight times eight rows. Around the table there are three chairs whose seats have been replaced by monitors. Still images of plants from the European region, of ruling politicians of the G7 states (as of 1995) and electron microscopically enlarged images of viruses alternate clockwise. The respective designations run as horizontal tickers across the monitors. The images jump from monitor to monitor in a constant rhythm. This endless, dynamic flow of information is accompanied acoustically by a female voice that reads out the names and designations of the plants (producers), politicians (consumers) and viruses (destructors). Synchronous to the change of the video images in the monitors of the chairs, a change of the numbers of the truth table takes place on the table surface, in which all numerical values are inverted into their opposite.