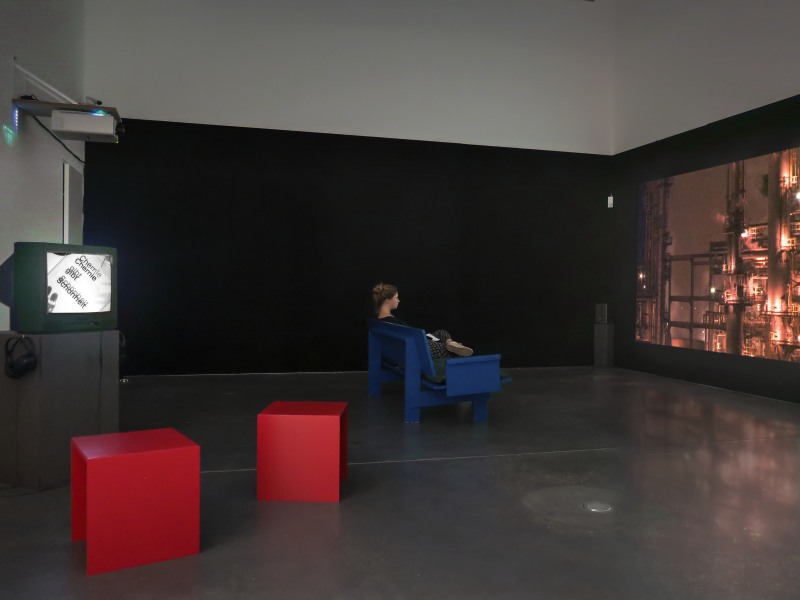 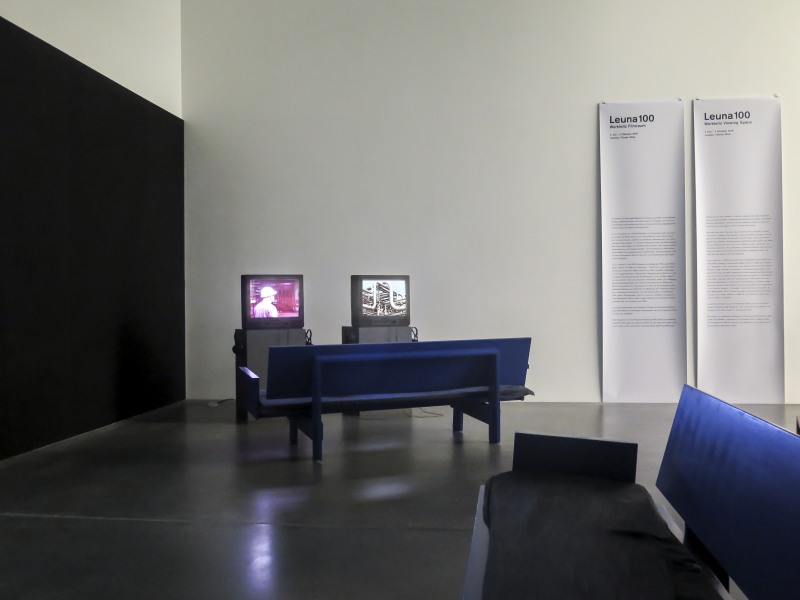 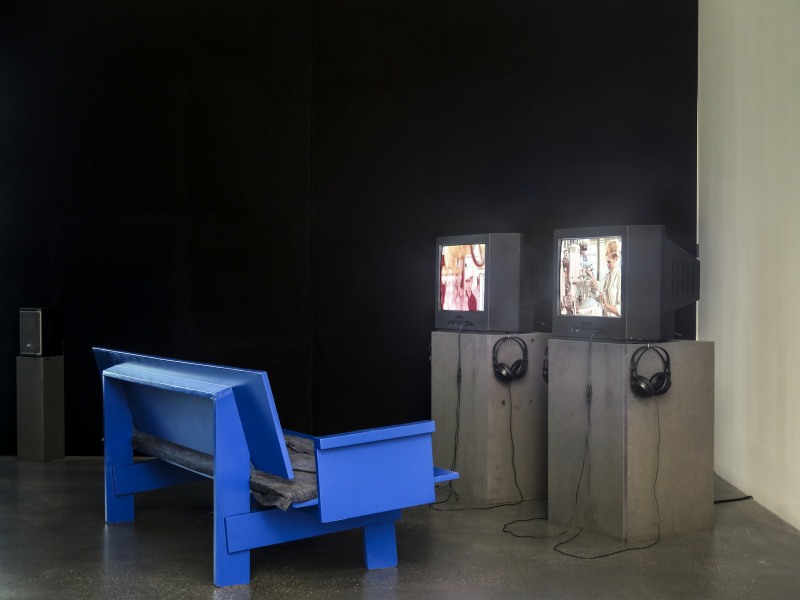 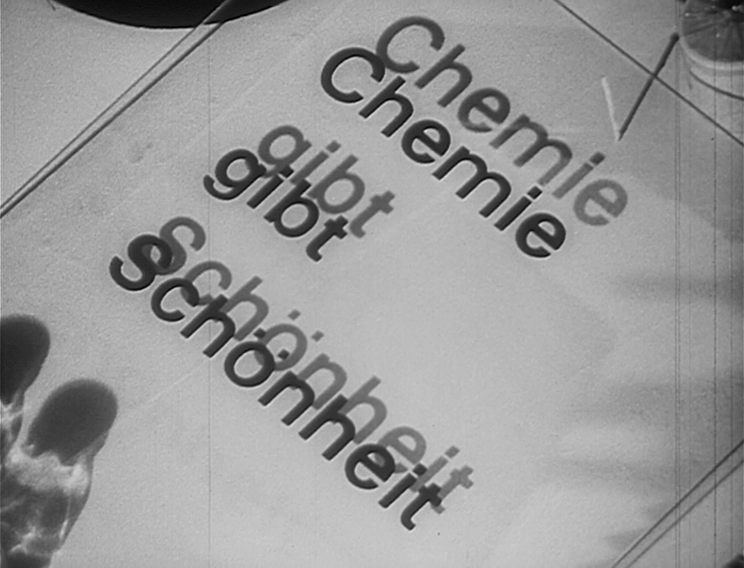 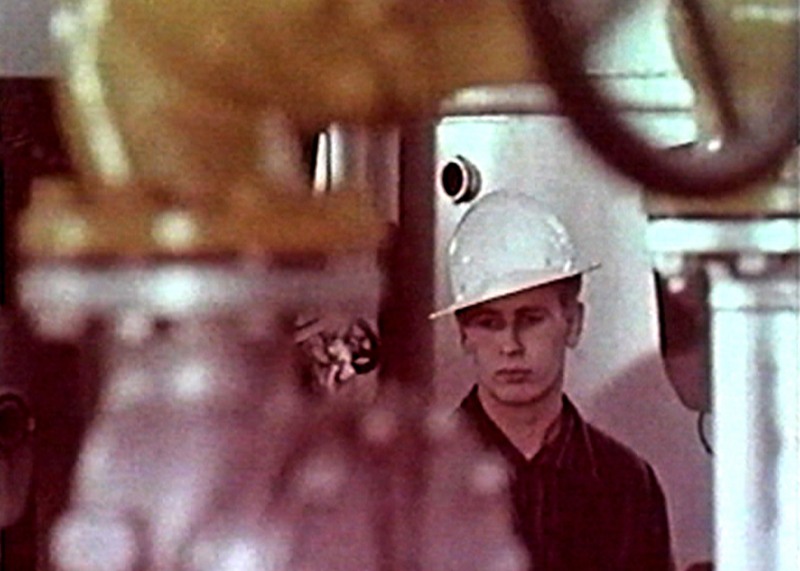 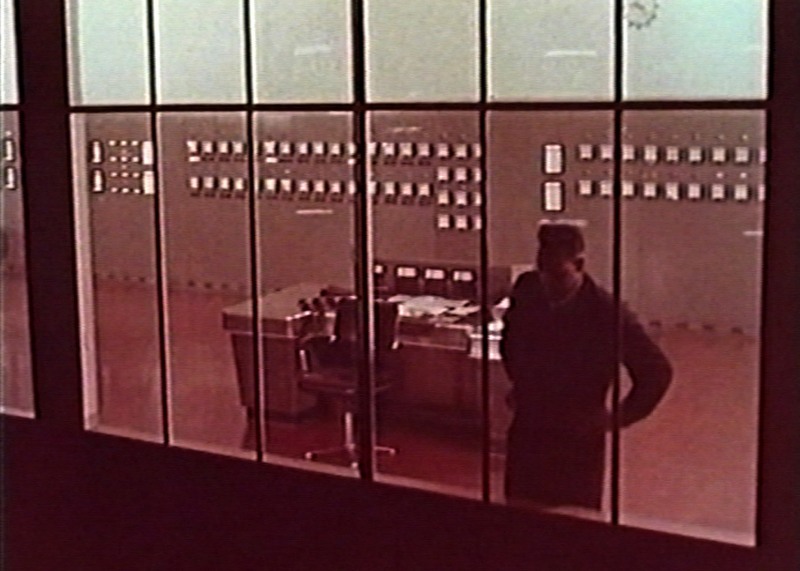 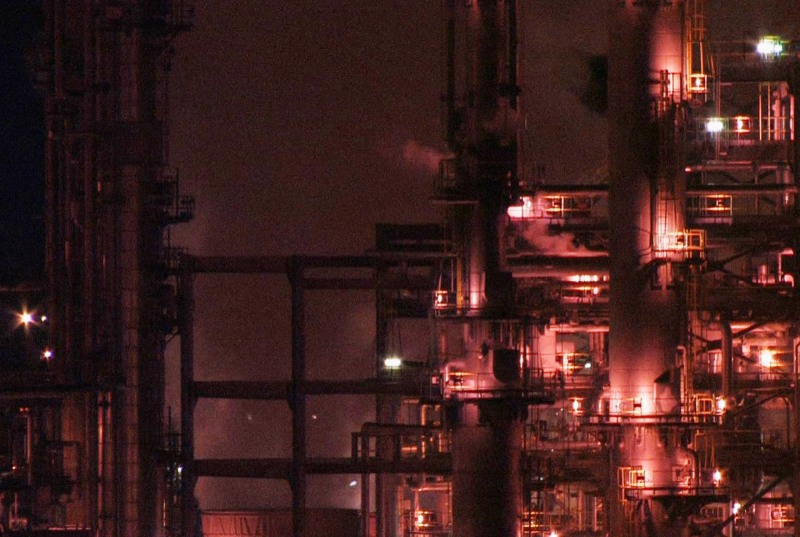 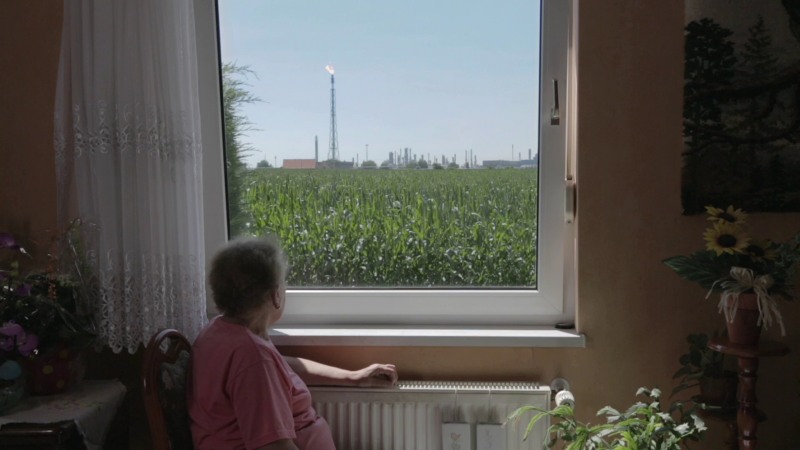 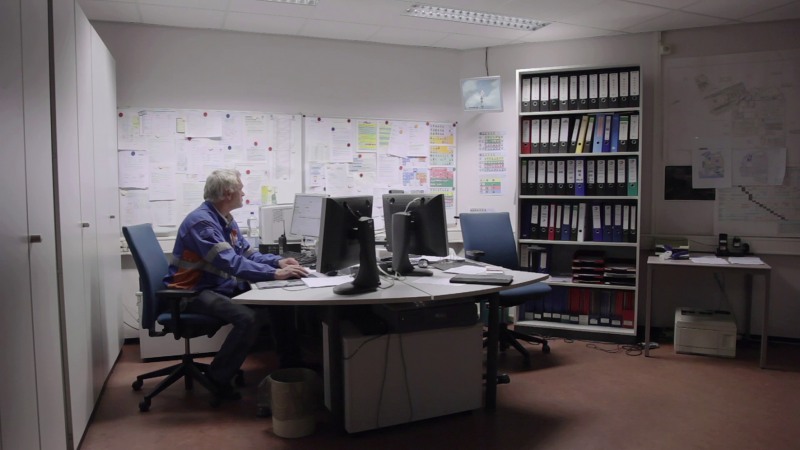 Plastics are an ideal material for made-to-measure and mass production. They are freely malleable, sometimes extremely soft and pliable, sometimes hard and unbreakable, and they not only symbolise modern consumer society, but have even played a role in creating that society. Like hardly any other, the name Leuna stands for the production of basic chemicals for plastics. The economic, social and political changes over the past one hundred years can be read from the history of the Leuna Works.
Against this backdrop, the Kunstmuseum Moritzburg Halle (Saale) and Werkleitz are showing five short films on the themes of work, automation and chemicals production. The combination of historical industrial films and contemporary artistic documentary films provides an ambivalent view of the bright and dark sides of technical progress.

Leuna, Werkteil II, a DEFA film production commissioned by the VEB (nationally-owned company) Leuna-Werke Walter Ulbricht in 1966, and Reaktionen – Menschen in der Automation, a film made by the Chemische Werke Hüls AG in 1961, provide an impression of industrial modernisation in the post-war era East and West, irrespective of their opposing ideological tones: ever more areas of human work are taken over by machines. A contribution to the DEFA newsreel called Der Augenzeuge in 1964 shows the many and varied applications of chemicals by documenting an exhibition organized by the Council of the National Economy of the GDR on the importance of the chemical industry to Socialism. Leuna by Emerson Culurgioni & Jonas Matauschek, 2013, is about life today in close proximity to the chemical plants, as is Adam Stafford’s 2009 film The Shutdown, which wasmade in Falkirk in Scotland.