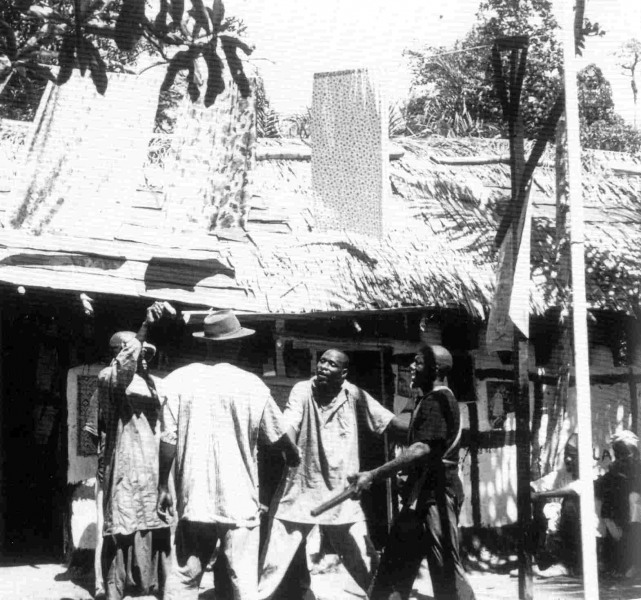 Finally with Les maîtres fous we land in Ghana, 1969, during the annual major ceremonies of the Hauka, the spirits of power, in Accra. The colonial theme appears again in a film of the French filmmaker Jean Rouch, in which we see entranced participants of the Hauka de-articulating the influence of the British by acting ‘possessed’ by different colonial figures. Les maîtres fous filmed by Rouch are a powerful image of collective retrieval of evil in a modern Ghana and perhaps a mystification.