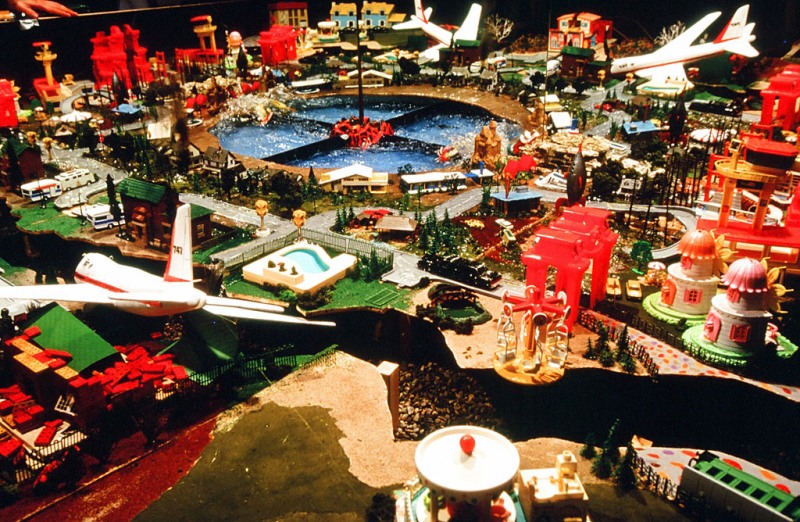 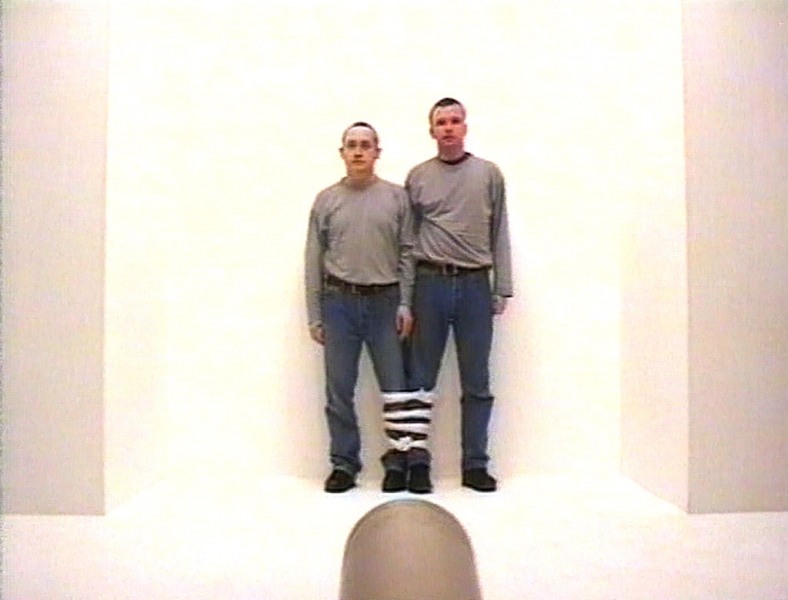 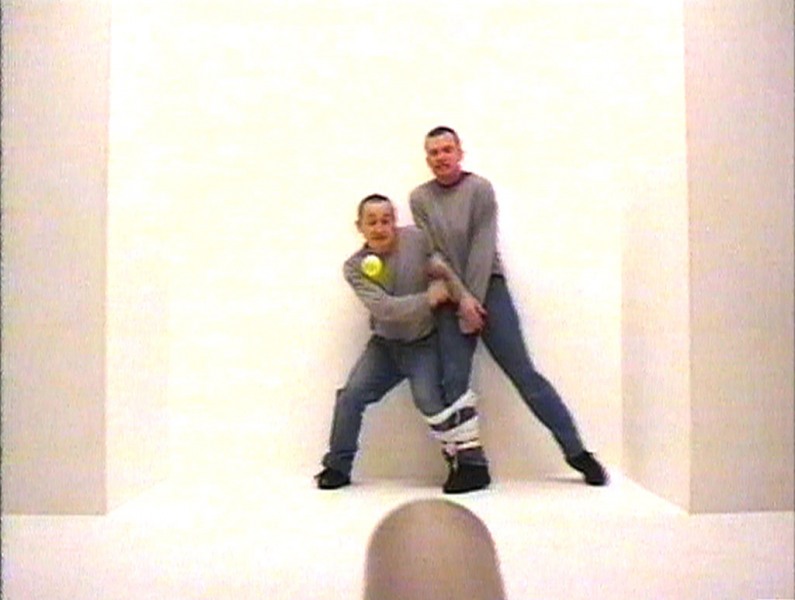 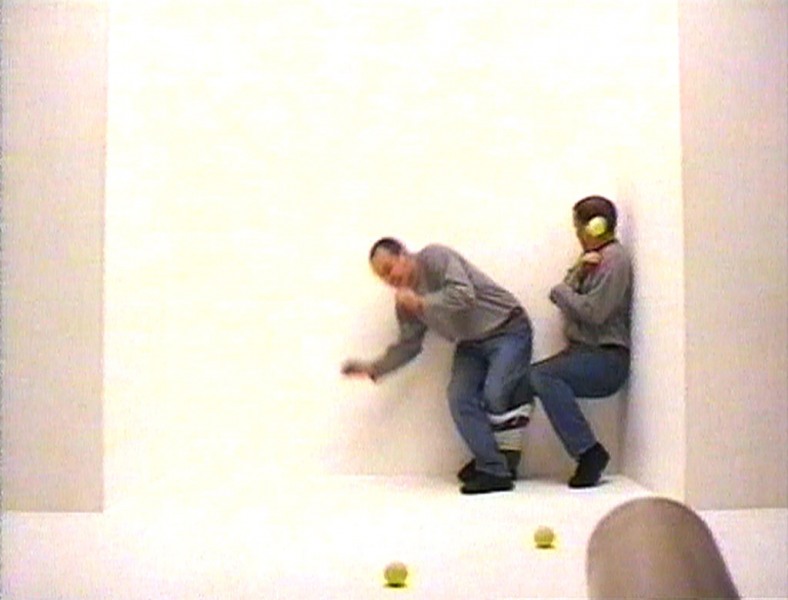 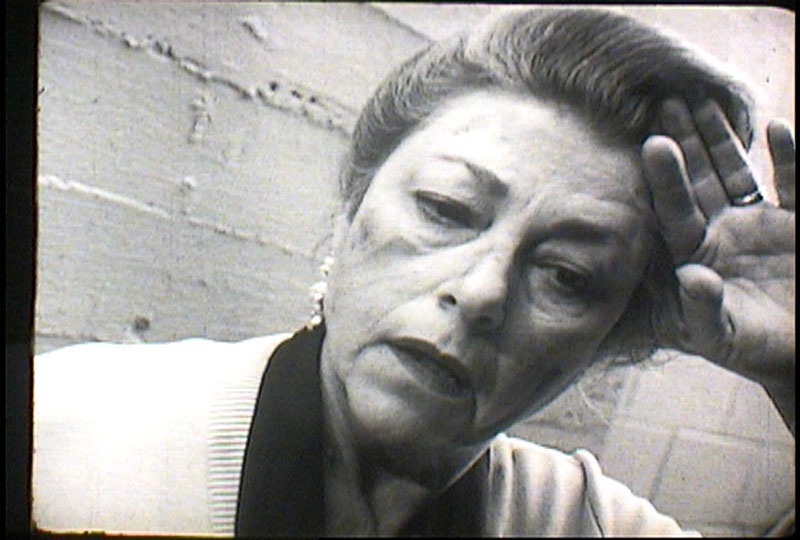 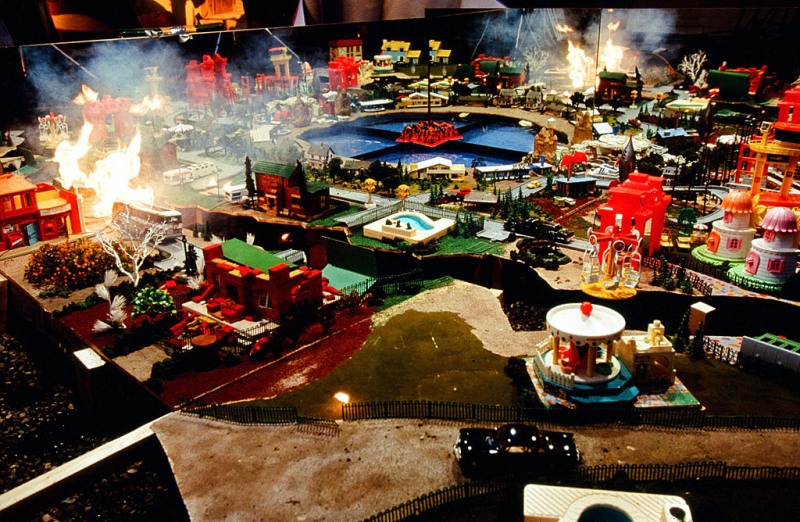 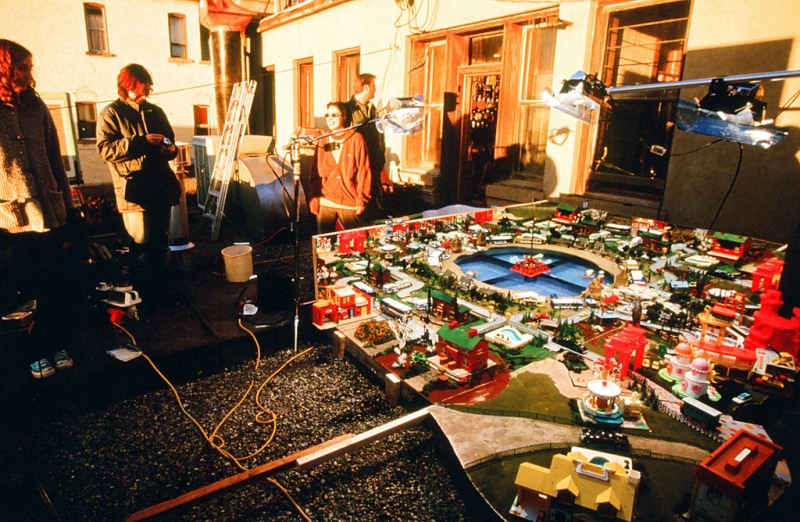 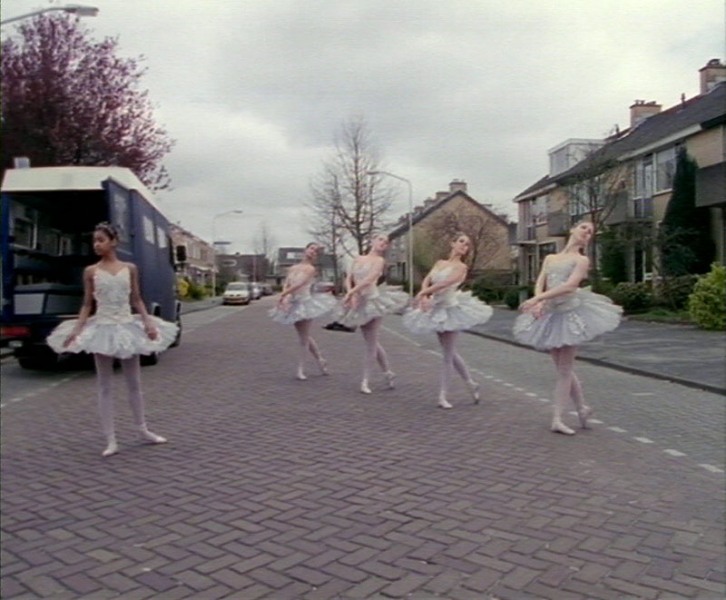 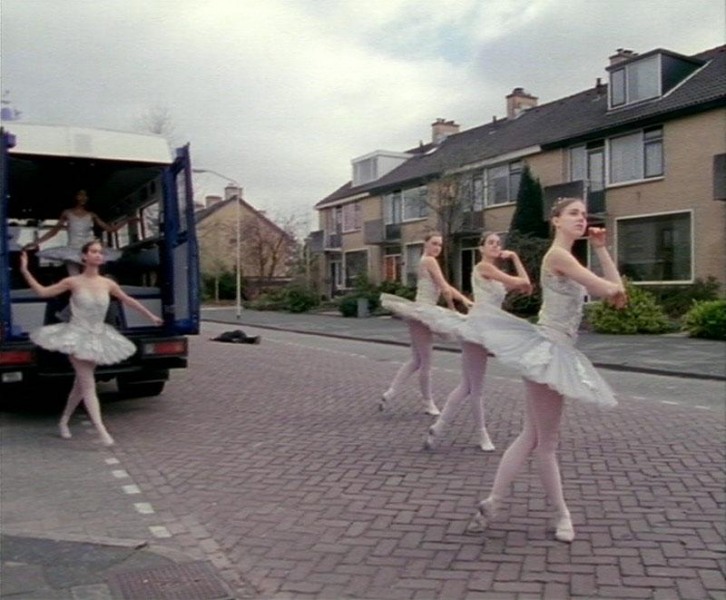 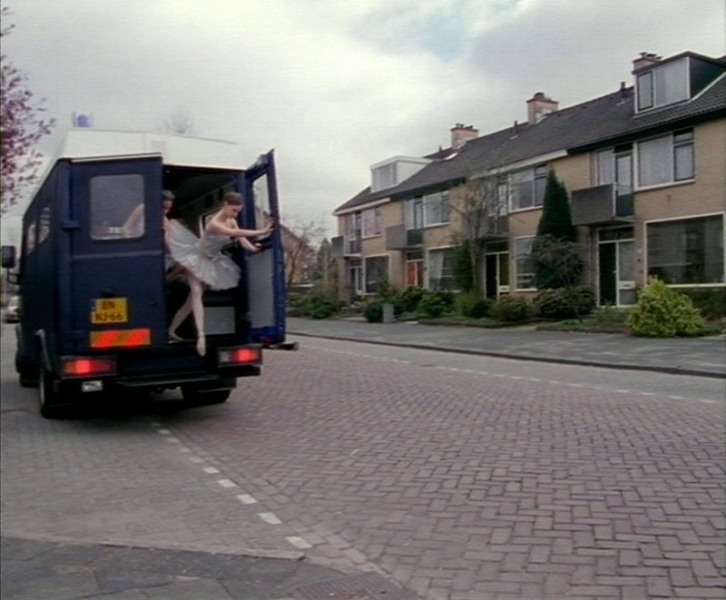 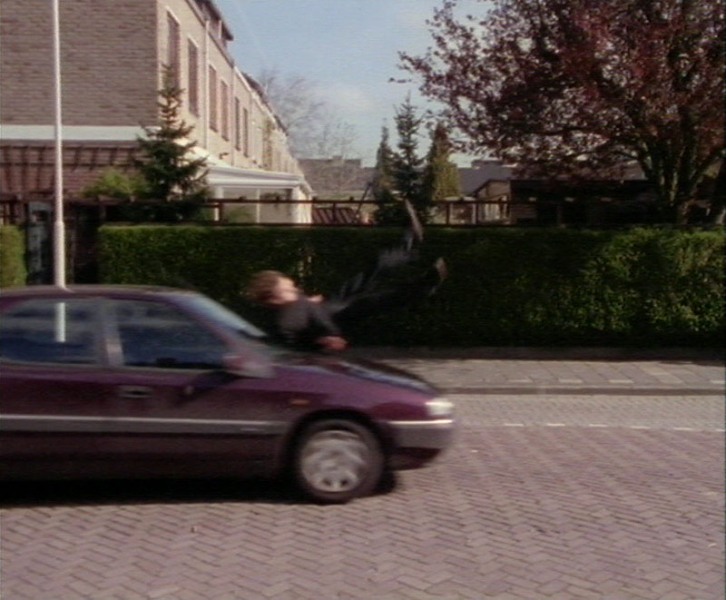 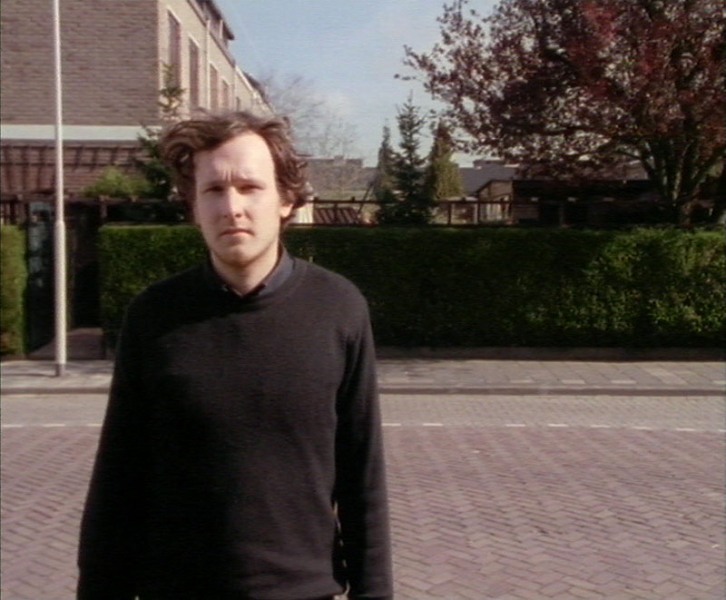 The festival opening programme will show six short films which approach the aspect of fear from very different perspectives: ranging from the inner, imagined fear expressed in a poem to artistic self-portrayals, a feature film or an unintentionally funny educational TV classic.

Afraid So is based on a poem by Jeanne Marie Beaumont, which lists all kinds of different fears in 33 questions: ranging from the harmless “Is it starting to rain?” to “Was anyone injured?”, “Am I responsible for these charges?” or “Can it get any worse?” Jay Rosenblatt allocates each question to a “found” picture and in just three minutes manages to create a whole cosmos of fears.

Guido van der Werve has dealt with the theme of suicide in several of his works. In Nummer Twee he stands on the street, weary of life, is run over, and then a ballet marks the beginning of a strange, very aesthetic performance. The succinct, and for the theme very laconic narrative scarcely allows any conclusions to be drawn that might make a connection between the two events. Have the angelic ballerinas arrived to accompany his death? Or will life simply continue unperturbed (and heartlessly)? Nummer Twee remains a mystery – like death itself.

In the tradition of performance art, artists since the 1960s have again and again put themselves in difficult, sometimes even life-endangering situations. For example Paul Harrison & John Wood in the video 3 legged, in which they attempt, with their legs tied together, to dodge the shots of a tennis ball machine. The absurdity of the setting is paralleled by the obviously ironic commentary on the pathos of performance art yet the strikes still hurt and the fear of the next ball is written in the faces of the two artists.

Disaster by David Hoffos portrays an apocalyptic landscape in model railway format. Almost everything that one is familiar with from the media, whether documentary or fictive, is presented here again in miniature. The absurdity is heightened by the insert of the film crew who can be seen having great fun working. In this way the video refers to the media representation of catastrophes. However, the very serious music – serially edited fragments from a cello concert by Johann Sebastian Bach – leads the viewer from the comic back to the tragic.

The feature film How They Get There by Spike Jonze on the other hand has a clear dramaturgy: a beautiful flirtation takes an abrupt and terrible turn at the end.

Fear is a feeling that is usually perceived as negative. Indeed it is in many situations a hindrance, whether it be exam nerves, shyness or a lack of readiness to take risks. The tenor is that fear prevents modern people from enjoying their wonderful lives. There are a correspondingly large number of advisory books aimed at overcoming fear, with a few exceptions such as instructions on how to behave in traffic. In the latter case there is a consensus that the modern person underestimates risks and has a false sense of security based on technology. Generations of US novice drivers were forced to watch the most horrific documentary images of accidents in the film Signal 30. The goal was to artificially generate fear for prevention purposes. The traffic education series Der 7. Sinn (The 7th Sense) had a similar objective. For decades it broadcast its aggressive trailer into West German living rooms. The episode Begegnung mit Militärfahrzeugen (Encounters with Military Vehicles) deals with the special characteristics of track vehicles and it is no surprise that reference is made to the fact that a collision with a tank could have unpleasant consequences for a car. The highlight, as in all episodes of the series, is the orchestrated accident. A Citroën 2CV – which under the name “Ente” was the symbol of hippie culture – is literally crushed. Because the take obviously appealed to the filmmakers so much, it was shown several times.

—-
Signal 30 can be viewed online at www. archive.org/details/Signal301959. Other examples of the artificial generation of fear by the media are the prevention campaigns against smoking as can be seen on every cigarette packet, or the campaigns against the spread of Aids.