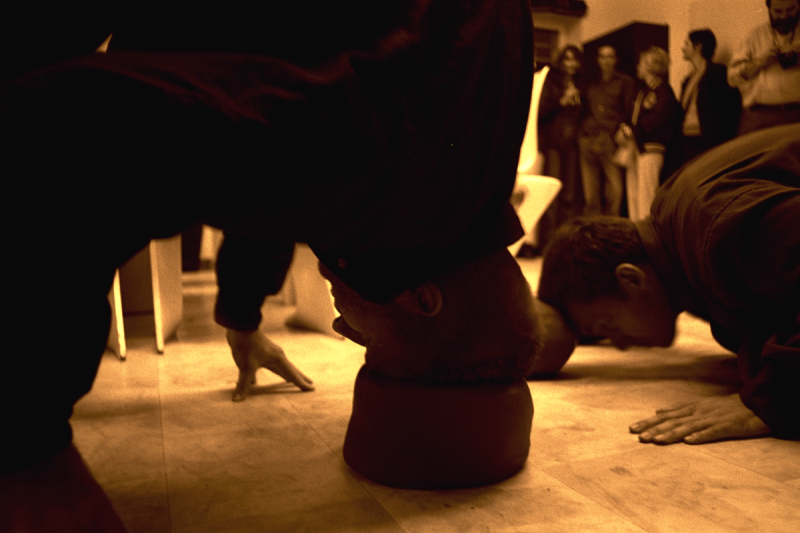 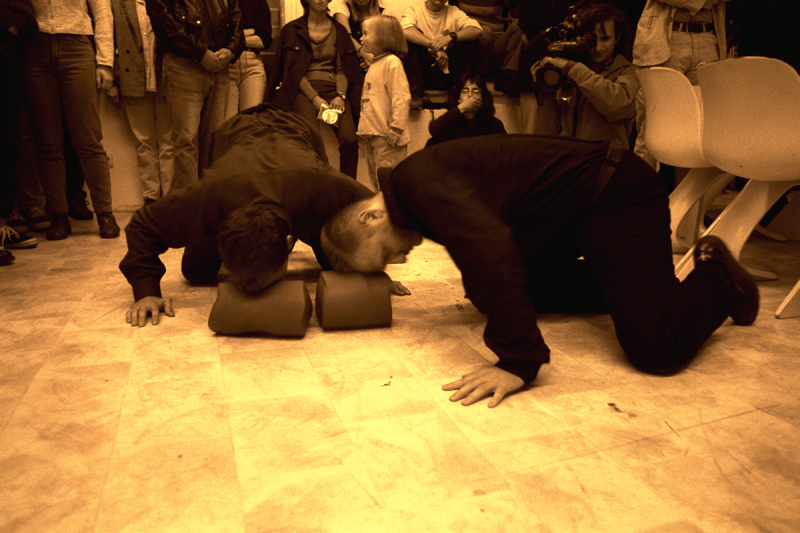 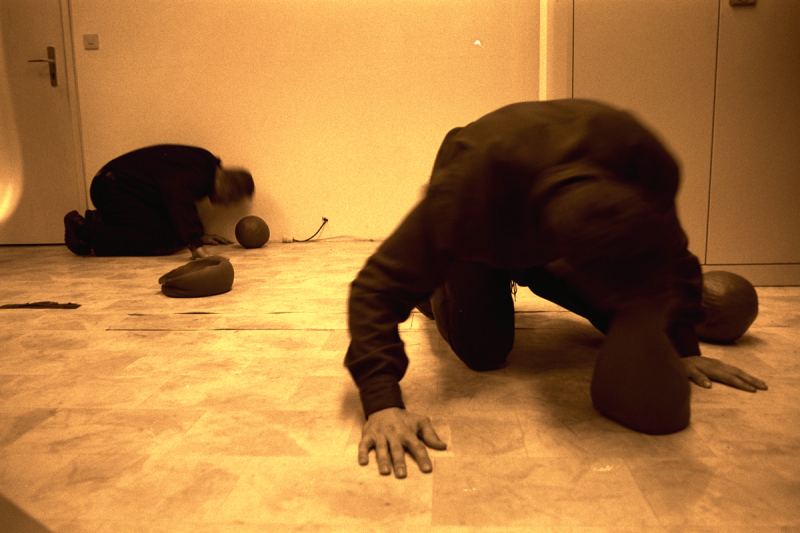 We are crouching on the floor under the computer tables, at the same time we are shaping head-sized clay balls, solely performed with the skull.

„The head is round and stupid.
It only perceives, what comes and goes,
but not, what stays.
However, one can push it into soft clay quite well,
to produce sculptures." I. K.

In the attempt to provide a terminologically based consideration and interpretation for the different approaches of the performers, in its paper – Culture of Performance Art – ASA-European compiled a list of designations which are used by artists referring to their work. Partly these designations are occupied by art history already and became guidelines, e.g. moving sculpture, public sculpture, body art, body works, ritual plastic, expanded performance. In the old Konsum shop of the Tornitz community, the headquarters of the Werkleitz Gesellschaft, the first performance by Ingolf Keiner and Stefan Berchthold was taking place after the opening.In the room, narrowed by the tables used for the internet presentation, head-sized clay balls were spread irregularly, in part between the feet of the visitors. Both the performers entered the room through the door, kneeled down and started to move one of the balls with their heads. Out of the motion, it quickly became visible, that the intention was a sculptural process of creation. Kneading, rolling, lifting, structuring of surfaces etc. The direct contact with the clay, performed with the forehead only, required a partly gymnastic or acrobatic posture; head and body as a sculptural act. So, gradually the balls were moved through the space, were taking shape, out of a decision left behind as a relic to concentrate on the next ball, until all the clay balls were modelled. The created sculptural forms were not the aim of the work, in my view the questions which were asked afterwards: if the forms are going to be fired now, if they will be exhibited etc. are invalid. This is where the predetermined breaking point lies; is there an intention to produce or is it avoided in favour of pure acting. There are sentences about hands from Sartre, referring to the works of Wols and Giacometti. The plays of the palm, the sculpture in the process of comimg into existence. Terminologically put, the BODY ART in the sixties is performance in the spirit of sculptur.