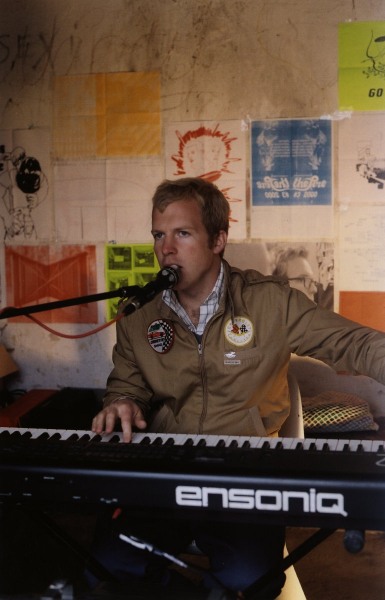 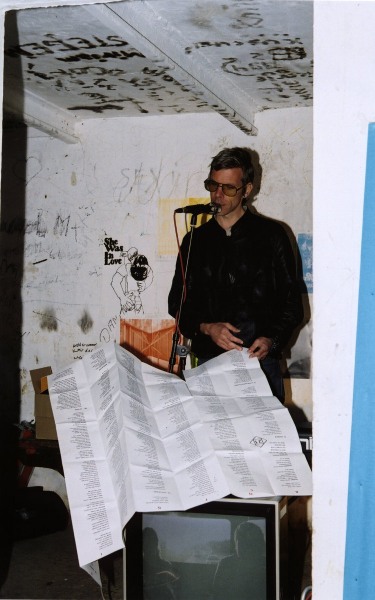 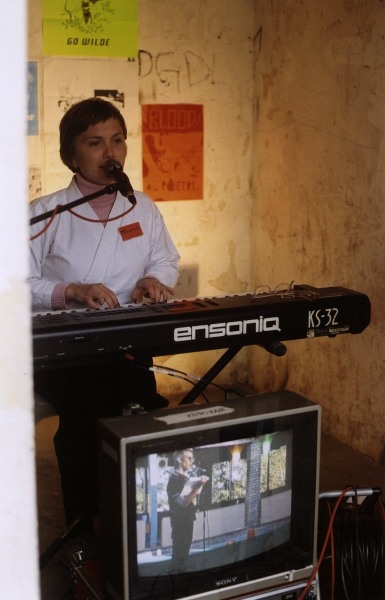 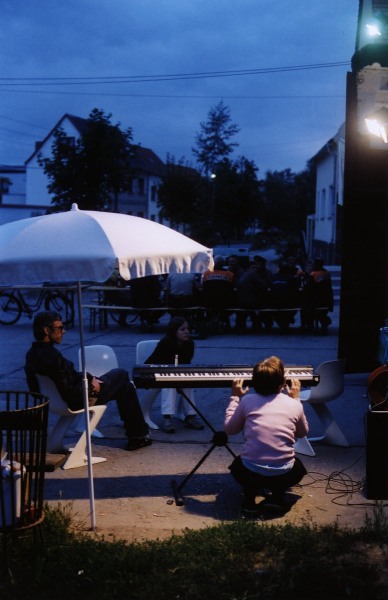 Next to the building of the voluntary fire brigade, Johanna Billing, Karl Holmqvist, Sarah Lunden and Henry Moore Selder had transformed the shed at the bus stop into a temporary recordshop, magazine kiosk and a site for performances.

As four representatives of the informal music label MAKE IT HAPPEN, which, run by artists in Stockholm, combines various music styles with a decisive do-it-yourself attitude, they arranged spontaneous afternoon performances. Their booth inside the bus-stop not only allowed a glimpse on the musical production methods of Make It Happen - home-made songs and covers, recorded with low-tech equipment and pressed on vinyl singles - but also the appropriately consequent design decisions, such as graphic designs and motives photocopied onto coloured paper, stamped record covers and magazines, simply stapled together, containing extractable drawings and posters (assembled and designed by Karl Holmavist). A multifarious audience of visitors to the Biennale, local residents and members of the volunteer fire fighters mingled on the curb. The performances and musical productions of MAKE IT HAPPEN concocted a host of music styles - Jazz, Pop, Punk, top of the pops, Ambient. It is the joy of making music, of inventing individual forms of expression and of an informal poeticization of daily life which characterizes their performances, records and posters.