in the city of sofia 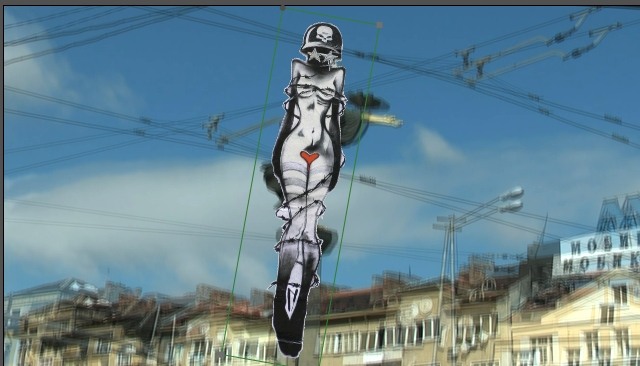 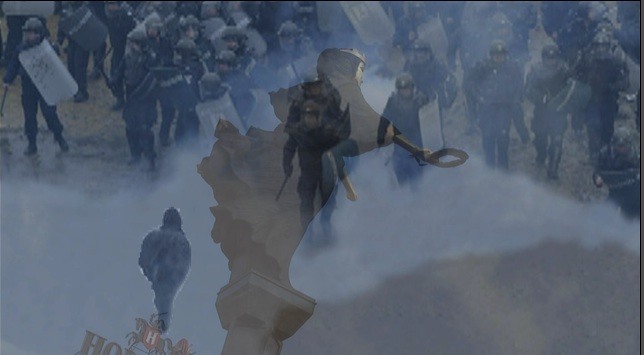 Shu Lea Cheang doesn’t particularly like to fly. Nonetheless she does so, not out of any flippant anti-environmentalism but out of the awkward necessity binding legions of contemporary cosmopolites, most often unaware and uninterested in the time zones they happen to be jetting back and forth through. As an artist and digital activist she’s often locked down on simultaneous projects taking place across multiple continents, acting at times as a barely visible catalyst of creative enterprise. Yet these projects, and her artistic ‘raison d’ètre’ are about keeping low, hugging the ground, creating multiple rhizomatic connections between individuals – who then form and re-group, carrying and further developing the artistic strategies Shu Lea sets into motion. She needs to travel both the tactile and the digital terrain, constantly poking and bumping potential interlocutors and resources along the way. Time, location and the experience of being witness to events fuse in Shu Lea’s practice, linking her projects in a constantly evolving and borderless narrative. As such, her work both involves and invokes a stealth-like necessity to operate on a strict ‘need-to-know’ basis, a modus operandi reflected in the ‘immaterial’ materiality of the code-based, PD-patched, whispered systemics lurking at the fringes of her telecommunications based artistic practice. Known for complex and participative ‘open’ art works, which engage different forms of urbanism and a broad spectrum of ‘user’ groups, Shu Lea’s projects link issues of technological emancipation with the strengthening of the freedoms of expression, movement and civic rights.

Inherently unstable and free of a preconceived narrative, Shu Lea Cheang’s works rely on a choreography of skills, notions and intuitions which seem unpredictable, each of which crafts a specific message. Whether this meant spinning ‘the social media mission into hypermedia playing fields’ by declaring gm-free garlic as the new social currency of the future in her project Garlic=Rich Air or assembling a network of free culture projects into a Kingdom of Piracy (KOP) Shu Lea’s mission is the unhindered sharing of ideas, creative expression and content through networked and mobile technologies. Recalling Yves Klein’s action for the exchange of immaterial sensibilities in which the artist sold empty space, voids, for a piece of gold, Shu Lea's work implies a re-evaluation of economic and political systems. Her value system operates in a larger context of global open systems, where the exchange of virtual spaces and mechanisms are traded in the form of speculative acts, which in turn are recycled into new forms of creative capital.

As such, in Shu Lea’s practice, the act of artistic expression has an overt political connotation, even where a piece itself is not political or equipped with a specific political agenda per se. This trajectory unfolds as a complex artistic social experiment in which the form of expression is not pinned to any specific medium. Working initially with film and video Shu Lea now focuses on live coding and viral escapades. It is at this juncture where she opted to travel by land, from Western Europe to the mythically ‘Deep East’, to Sofia, Bulgaria. Recounting her experience in Beijing during the same period as Eastern Europe’s season of revolution, Shu Lea launched a project to trace her own journey back to 1989 through one of the first and most significant global computer viral epidemics. Whether at Tiananmen Square, or across the former Eastern Block in Europe, 1989 was a year of suspense and systemic ‘trial and error’ where the results of uprisings and discontent also gave birth to new windows of creative opportunity with entirely unclear and unprecedented consequences. Formerly closed societies had entered a state of limbo between tense yet historically mundane order and extreme social and personal risk. Not only were the messages of revolution through better telecommunications technologies seeping out of their traditionally protected national enclosures, but so were the movements of economies, information and data marking the first triumphs of computer based peer to peer networking and knowledge sharing.

Piggybacking on this cacophony of disorder, EDDIE emerged through the major re-tooling of social-political landscapes. Bulgaria, deep within the ‘East Block’s’ cloak and dagger world of intrigue had already cloned a series of Apple computers. The Pravetz 8, named after Bulgarian leader Todor Zhivkov’s hometown where Bulgaria’s first PCs were being developed, induced one of the Blocks most tactically adept forces of software engineers, whose expertise in mathematics and algorithmic architectures was tapped far beyond the necessities of COMECON directives. There is speculation whether EDDIE, ostensibly written and distributed by an entity known as the Dark Avenger, was a product of this tech-fervor as a message to the nascent world of network computing or was planted and re-channeled through dirty code in order to disrupt the Bulgarian computer industry’s reverse engineering effort. Whichever the case, Dark Avenger left its/his/her signature within the EDDIE virus: ‘This program was written in the city of Sofia (C) 1988-89 Dark Avenger’. The act itself, perhaps more so than the author, whose identity has yet to be ascertained, became synonymous with, if not the metaphor of the irreverent underbelly of the political protests that had spread across Eastern Europe at the time. The Bulgarian regime collapsed, and with it EDDIE had entered the United States (illegally?), boosting the reputation of Bulgaria as a dangerous nation aggressively exporting the means for covert economic and political disruption, even in the wake of Communism’s demise.

Today, as we witness the foundations of the world’s economies shaking, we begin to see minor bursts of praise for the role hactivist practice has played in keeping government ineptitude, corporate lobbying and economic espionage at bay by making the public aware of the delicate intricacies and powerful mechanisms controlling the flow of information, data and identities. It is at this juncture, along the road to Sofia that Shu Lea picks up the Dark Avenger’s trace, tracking down the elusive force behind the Cold War's legendary software insurgent. In the city of Sofia ©1989-2009, fleshed out in present day Sofia as a fictitious viral encounter between Dark Avenger and a female Bulgarian journalist named EK, plays EDDIE off against the revolutionary Bulgaria of 1989 versus the European Union Bulgaria of 2009. In so doing, Shu Lea Cheang’s work opens up another stunning door to Eastern and Central Europe’s pivotal spot in media culture’s turbulent history of net art and poetically viral hactivism.