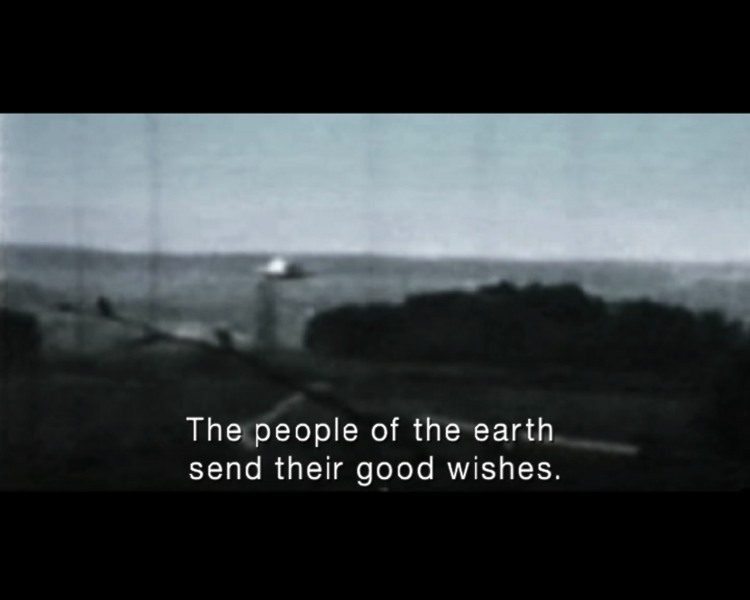 Greetings: an utopia of peace in times of the cold war. Peaceful greetings by 55 nations of the earth to possible life forms in the universe. The video contains more than 100 different ufo movies found in the internet. The sound contains greetings in 55 languages and a speech of former UN-General-Secretary Kurt Waldheim, which was also sent into space in 1977´s Voyager mission. Carl Sagan, project manager, has noted: “The spacecraft will be encountered and the record played only if there are advanced spacefaring civilizations in interstellar space. But the launching of this bottle into the cosmic ocean says something very hopeful about life on this planet.” The video uncovers the attempt of constructing a peaceful and harmonic view on our planet as a helpless and melancholic utopia.

The video artist Niklas Goldbach deals with the role of the individual in a world framed and created by images. The contrasts between personal feelings of alienation and mass-cultural fantasy are a recurring theme; contradictions between public and private spheres are a key topic in his latest works.