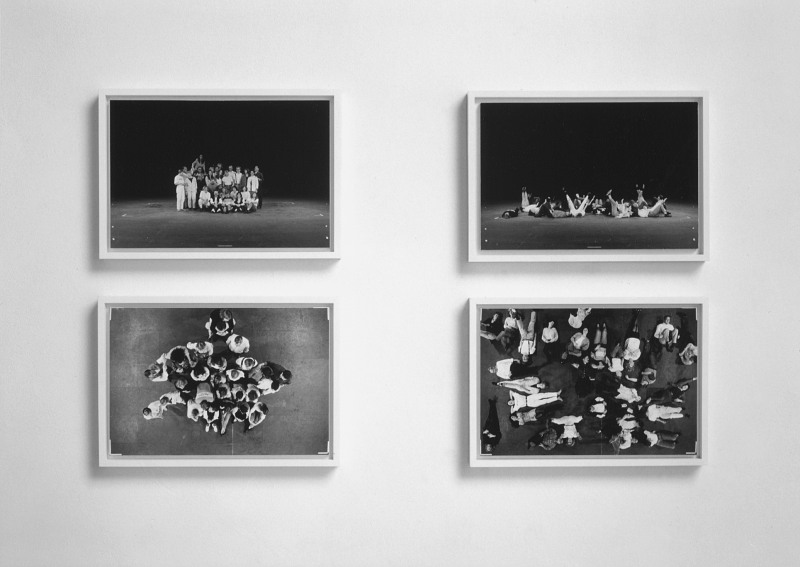 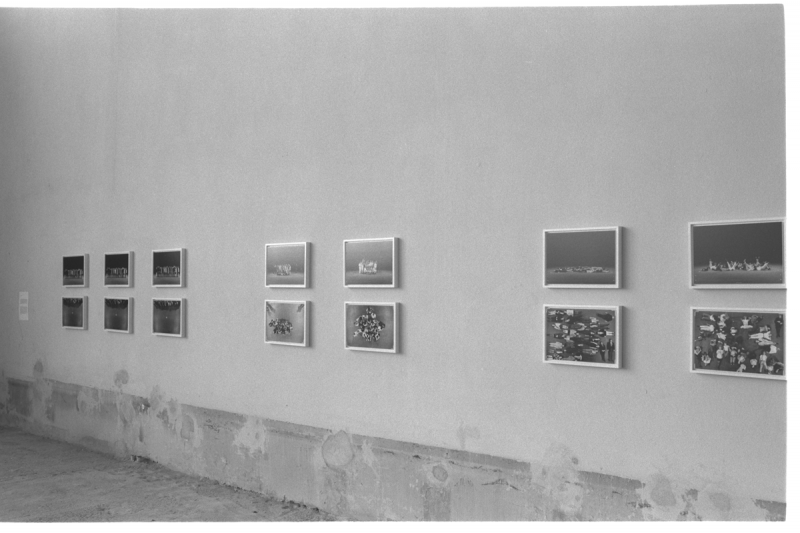 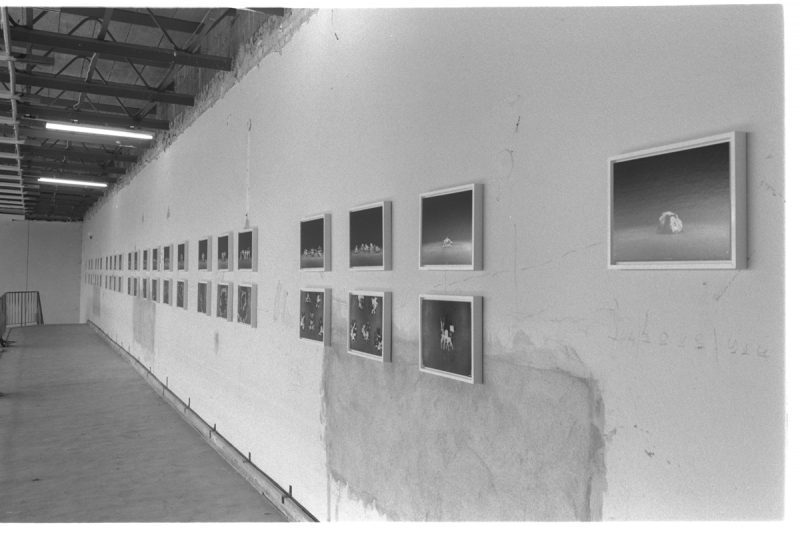 The fotographic project “Formation Games” was realized by the artist Sinje Dillenkofer on 20. April 1994 between 5.30 pm and 8.30 pm, in the TV-Studios of “Kommunikationsfabrik” in Frankfurt with the active participation of the majority of the staff and administration of the OE Personal, Personnel Department of the 23rd and 25th floors, of the DG Bank Frankfurt, at the invitation of the Bank’s art collection.The participants were placed in a neutral “black box” space with each other and the fotographer’s cameras, to interact in formations self-created or suggested by the fotographer by props, positions or verbal suggestion. Markings on the stage floor delimited the participants’ range of action and bounded the fotographic negative and prints. Camera 1 was positioned centrally in front of the stage, by the fotographer. Camera 2 hung vertically above the centre of the stage, 8 metres above the floor. In most cases, both cameras were triggered simultaneously to capture each formation from two viewpoints. The camera documents on the one hand the processes and sequences of movement; equally it freezes and makes visible the resulting instantaneous formations.