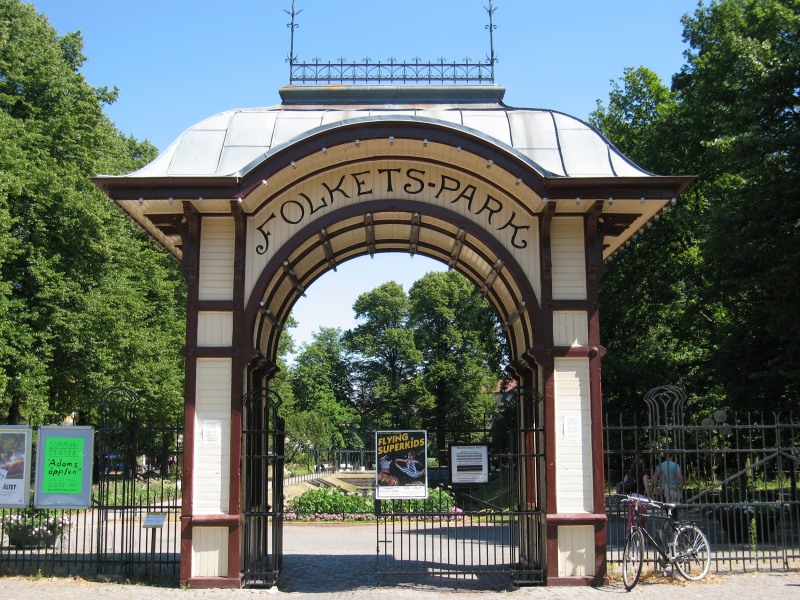 Annika Eriksson’s projects are in general concerned with stages, and especially with what happens on these stages when people with different sets of codes meet. She creates staged situations in order to let unpredictable public and private relations join together or to contrast with one another, to reveal the performative representation of underlying social relations between the untrained ‘performers’. Depending on the context and content, Eriksson sometimes also creates stages for missing relations, and documents the situation in the form of video works, or stages live situations.

For the Werkleitz Biennale, Eriksson has developed a new project for Halle in Malmö. Eriksson is here focussing on “Folkets Park, a recreational area originally for workers in Malmö, which rested on a belief, one that had begun to solidify in Sweden in the early nineteenth century. It was a concept suggestive of a staggering political consciousness: the desire for an open arena. The aspiration was also to provide a stomping ground that would offer an alternative to the many beer halls of the city. This space remarked, however, only an idea, formulated by people who lacked the funding and the support ever to find a physical manifestation of their brainchild. Yet, despite the bleak outlook, there was a continuing effort among workers to find a spot of parkland, a park for the people. Ultimately it was their private savings which enabled this still-standing project, a sign of an imagined future.” (Annika Eriksson)

In the last decade, she has directed diverse groups such as post orchestras and museum staff (in Stockholm, London and Tokyo, for example), where the filmed portraits map the performative contrast between the individuals in the group at work. She has set up improvisations between Brazilian music groups playing different music genres – rap and repente – producing a successful third genre in the course of the jam session. At the Frieze Art Fair 2004 she presented Do You Want an Audience?, in which she created a speaker’s corner (as a displaced activity) among the gallery booths. Here she invited everybody who responded to the publicly announced question “Do you want an audience?” to take the opportunity. People got on stage and gave public cooking lessons, amateurs got up and sang after professional belly dancers performed, etc. Eriksson has in this way developed serial new possibilities for performative works, where the work itself produces incomparable parallels.