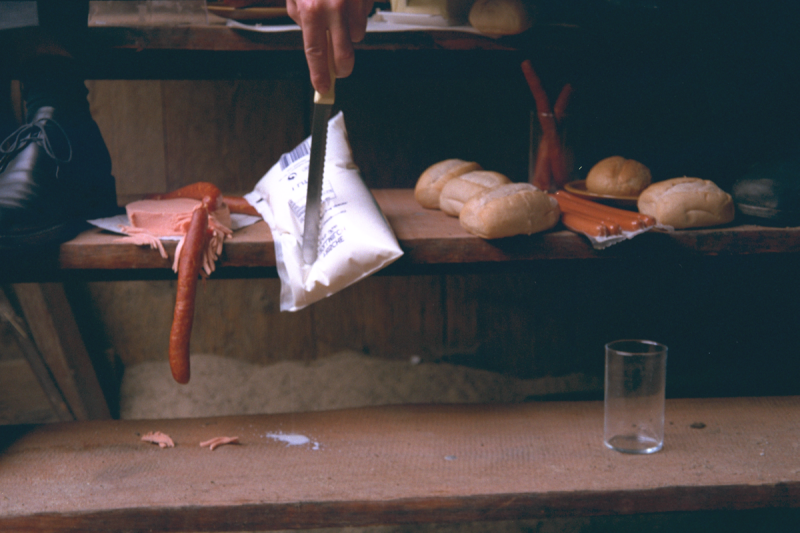 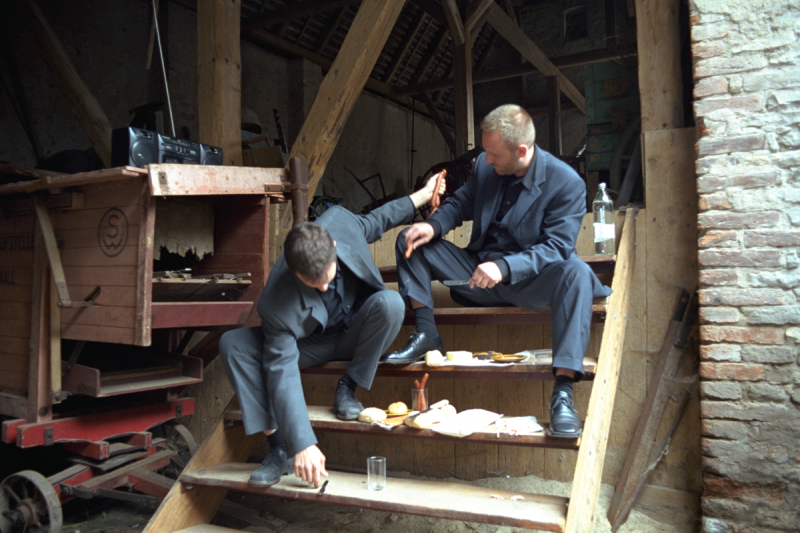 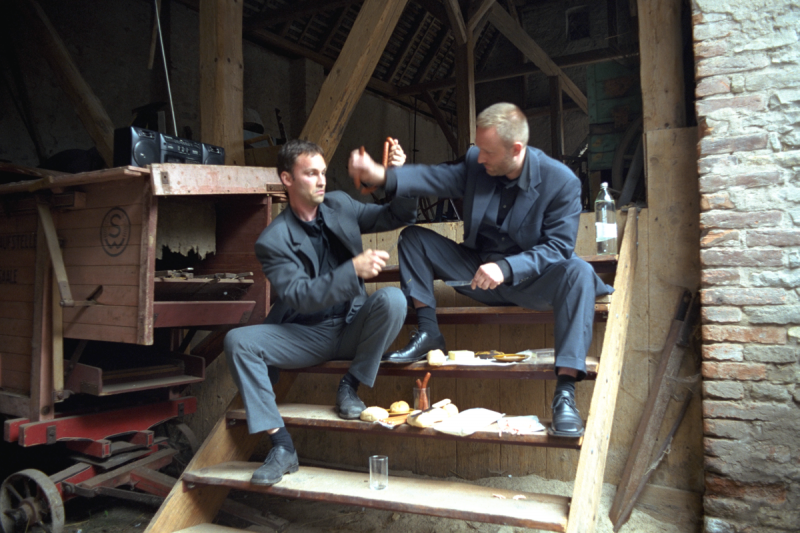 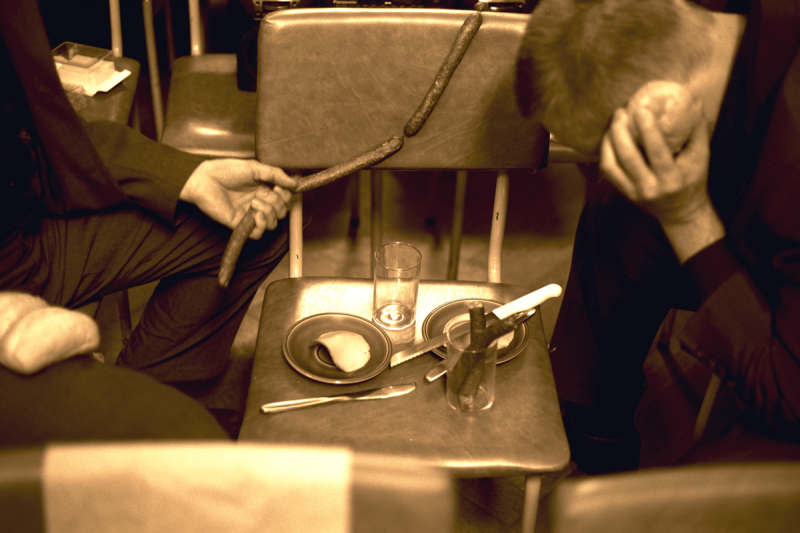 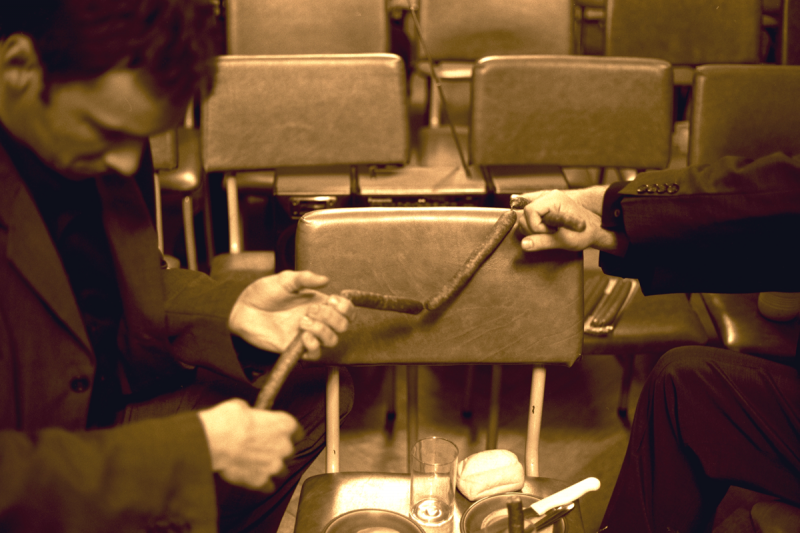 Fluidum 3: Food and objects are misappropriated in slow-motion while a news voice which is slowed down by five times is heard. The series of actions is taking place at different spots.

„The silence of an unbaked roll is getting examined in all slowness exactly the same way as the mechanics of the sausage chain.”

The artists have done this performance three times, each time in a different place. The first time between the rows of the chairs in the hall of the „Post” pub just before the start of a lecture, the second time on the staircase to a hayloft and the last one in the lobby of the Werkleitz bowling alley.

Starting position 3
In between the two performers was a table, on the table were rolls, Harz cheese, Camembert cheese, water and glasses, smoked sausage spread, slices of sausage, fruits and vegetables, everything, that is needed for a not exactly frugal snack, naturally a radio set, too.

The performers started playing a tape in the cassette recorder, the sound was distorted, the play back had been extremely fast or extremely slow re-recorded.

In slow motion I. Keiner and S. Berchtold started to have their snack. That the butter was spread in One´s ear and the Other was fed with Harz cheese, getting long teeth, added a layer of humour to the play. Cutting off a smoked sausage from a row of sausages led both the performers into completely absurd movements and down beneath the table. Isn´t there the term sketch? The performance had elements of slapstick, entertainment, touched structures of theater. It is exciting, that controlled, slowed down movement, if kept in a state of flux, creates entirely different forms of acting. Where is it all going to, if one is in the regular flux of movement?