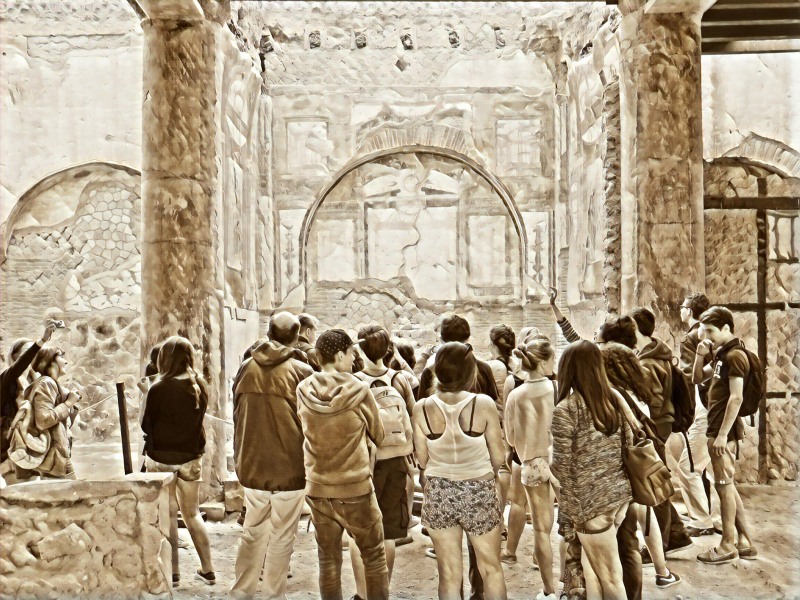 Even certain major buildings fell victim to the modernization of cities in both West and East Germany in the 1950s and 1960s. During this period, a number of mansions, palaces and churches – some of which had been reduced to ruins during World War II – were demolished in the wake of urban planning or through ideological motives. Since then, the reconstruction and reproduction of historic architecture has become an international trend. The reconstruction of Brunswick Palace in the city of Braunschweig, which took place over ten years ago in the face of protest, now ranks as a forerunner: behind the new/old Classical façade stands an enormous shopping centre, while the remainder of the building serves as a city library, municipal archive and palace museum. Above all, it is the conflicts between the commercial and the cultural, as well as political and community interests that underscore just how contentious the design and planning of urban spaces has always been and continues to be –a field in which far more is at stake than merely the architecture constructed. The selection of films installed in the Mausoleum reflects the role of history and collective memory in the context of various European cities and contemporary social trends. Reinforced by a glimpse into the promise of the digital future and an exploration of a profoundly material problem stemming from the legacy of the modern era – the removal and clean up of asbestos – the five documentary and artistic films explore a wide range of social and economic themes reflecting in very different ways the ambivalent relationship between model and ruin.