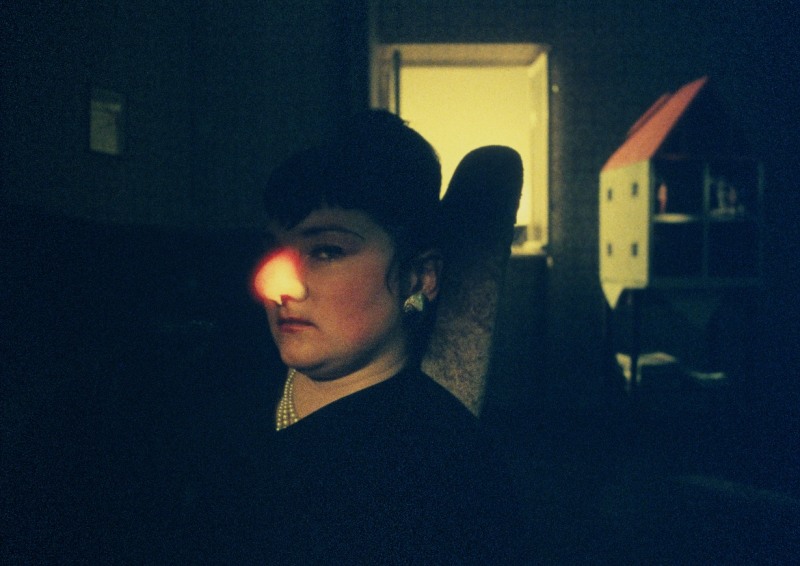 For its part, Uli Versum´s short feature film is a fascinating treat on its own, a very beautiful, very exact work on highly indistinct emotions, diffuse moods and latent outbreaks. The film takes the melodrama of the doll´s house seriously, but at the same time takes an ironic and oblique distance to it, thus reducing the universe for children to a work with apertures. Images are mirrored on and off, transisions are made with fades and dissolves, all in the style of experimental art. The grand artist Uli Versum is at the same time also a big child playing with the doll´s house, and this lends sincerity to the film. The motivation is not to evaluate a work of the avant gade, but to participate: to share the experience, to get involved, and above all, to play along.

Uli Versum succeeds in bringing the film home to the viewer in a seemingly effortless way, and although we see the “Fascinating Doll´s House” as a highly artistic avant garde piece of work, we want to draw attention to this particular achievement. He is a show master, an animator, a mediator that triggers and moves something within us, something that lingers long after the show has finished. It is the gesture, the attitude that counts. The art of striking the right note. The magic of having a universe emerge out of light and shade: even if allowed, captions, so to speak. We are talking about the grand art of the silent movie picture. Uli Versum´s is no silent movie, it does without words because words are much too fast at establishing and setting subject matter. Instead of words we listen to the breath of the children in the doll´s house and hear when the bolts of lightning strike. Without having to be told, we know that communication between the children and wild nature outside is as it should be. It even seems as if lightning, thunder and conflagration can be entreated upon on a magic level. This level of communication is missing between the world of adults and that of children, expecially on the verbal level. The three part mirror on the mother´s dressing tablereflects the doll´s house, but allows no access to the world of the children. The children are fulfiled and fascinated by something else, something more difficult to define.  Glumly the mother´s eyes move over the table. On the side table, standingon a lace mat, is the doll´s house. Below, the telephone derectories lie carefully stacked. “ Mother´s children live in the doll´s house” is written on the caption. Also: “Ades has returned to Mother and Sister”. Ades Zabel and Uli Versum make their entrance, dressend incostumes tailored in the style of the doll´s clothes. They are mirrored into their empire, in full view of the mother, but stillinaccessable to her, However, the universe on the side table attracts lightning. Abeaming look of a child at the forces of nature. On the one hand, tears turn to pearls. On the other, the cute snub nose turns into a neritable probusmus. The bliss of regression brings something catastrophic along eith it. “ Ades died during the night” is what the caption says, while fire starts to spread in what is clearly the mother´s appartement. “Mother died during the night” and: “The doll`s house wasnever seen again”. The ending is clear, no matter how much glowing and wavering there is in the film: the children´s empire mother which does not mean that it exists anywhere at all.