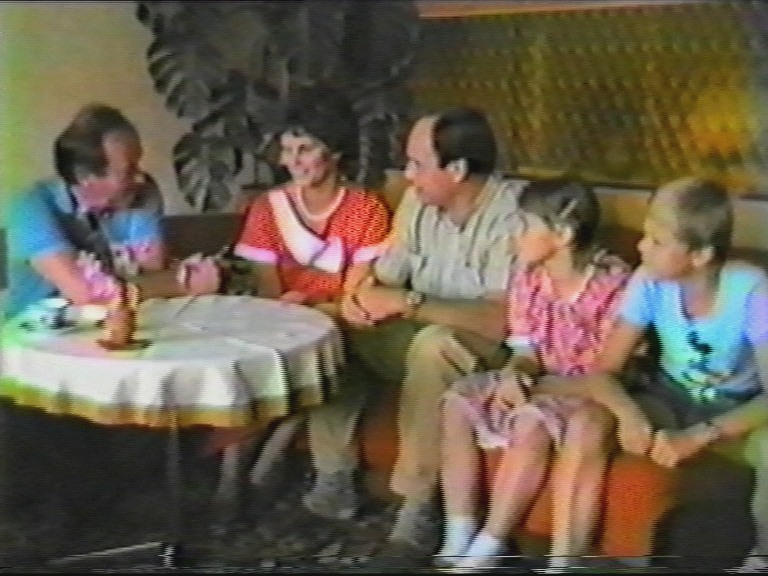 About my video work in the GDR

In the summer of 1985 I met Claus Kuchenmeister at a seminar for German Studies at New York State. I told him about my idea for a video project about everyday life in the GDR. Hardly anything existed on that at the time. The idea was to help to reduce the hostile images. He was interested in my project and in summer 1986 he helped me to enter the GDR. A grant by the Rockefeller foundation financed the project.
The first interviews we did together, the following were made in collaboration with the IPZ 1 in Berlin. One interview was in Dresden with the Strassburger family. Back in Berlin, I told my attendant Hannes, that I could just pack and return home if I should get only interviews of this manner. We need to have spontaneous interviews, too, not only mediated ones. I gave him half an hour to come to a decision. When I returned from the hotel bar, he said OK, which was very surprising to me. I didn’t know at the time, that Hannes, who was married and worked for the Stasi, had a girlfriend. After our agreement we had a very good collaberation for two summers. Hannes himself made a very beautiful interview. He finally got caught. The „Firma“ 2 gave him the choice: work or woman. He chose the woman and was dismissed. The „Liga für Völkerfreundschaft“ 3 was interested in my work and offered their support. In winter 1987 I made further interviews, among others, with Jacob Korbmacher, Daniela Dahn, Kuczinski and the Wiener Cafe. The director of the GDR-USA department was very unsatisfied with Kuczinski’s remarks and wanted me to do a counter-interview to disprove his statements. I refused. The director then didn’t see the possibility for further collaboration. That’s how my viedo work in the GDR came to an end.

2 League for the peoples friendship