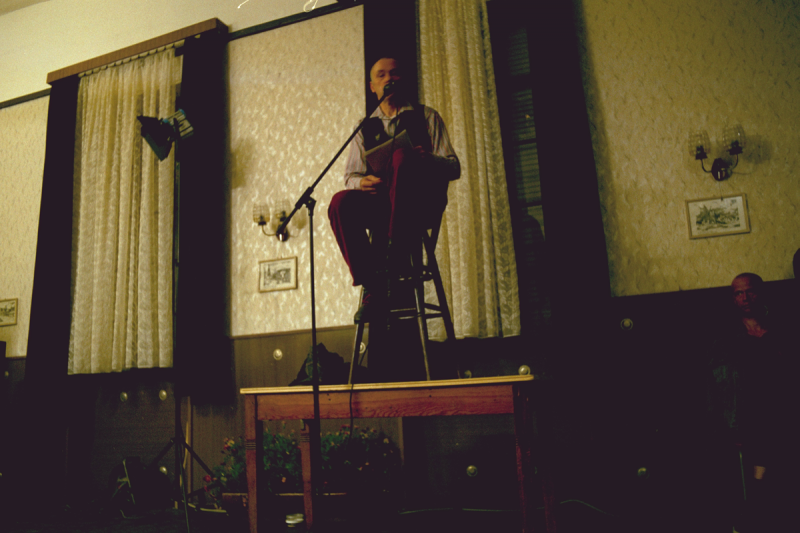 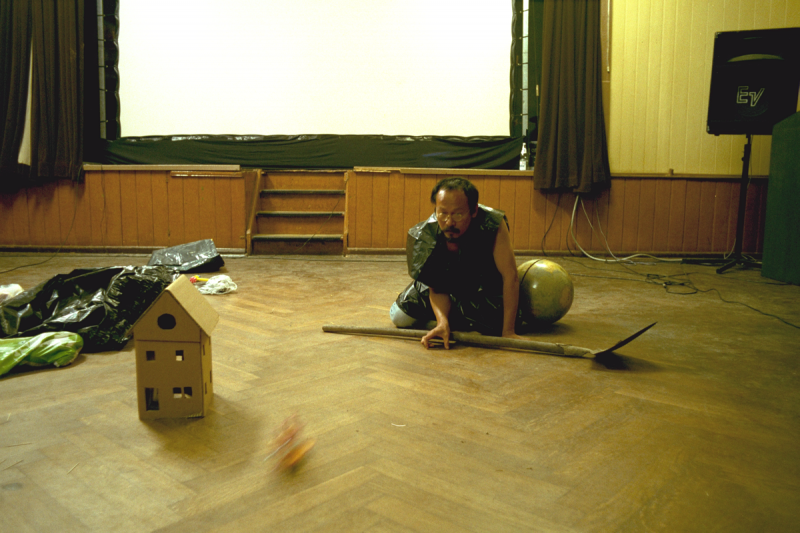 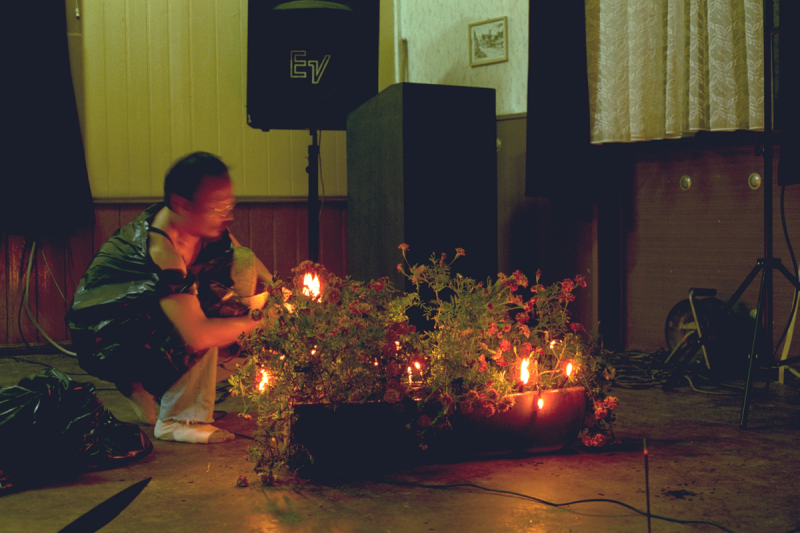 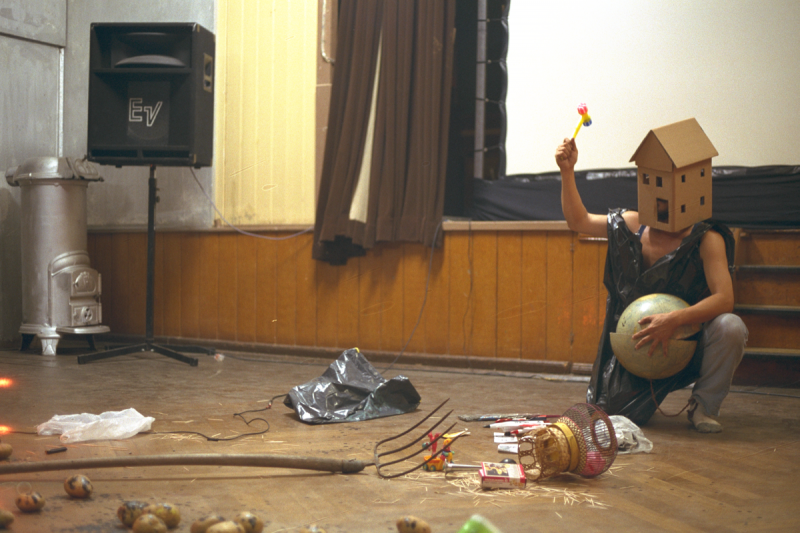 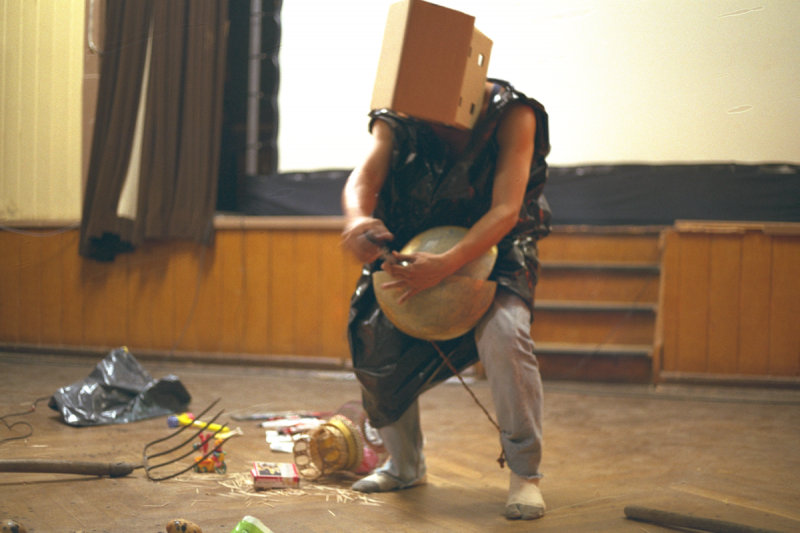 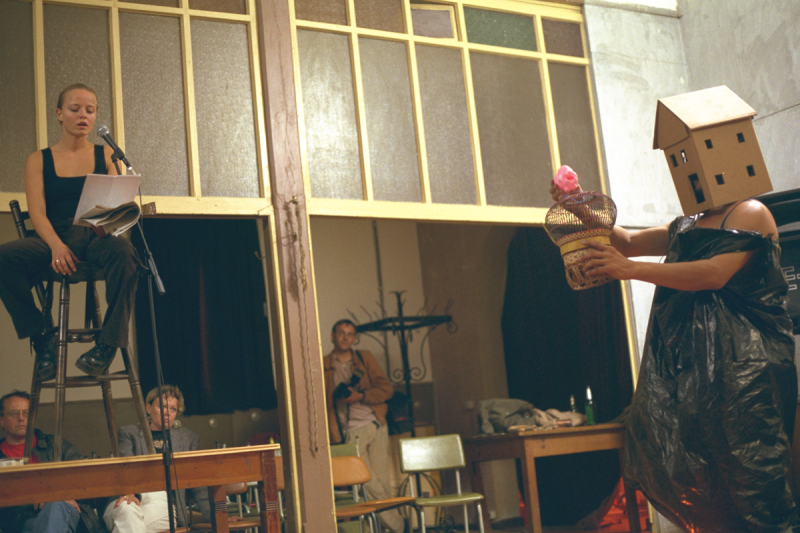 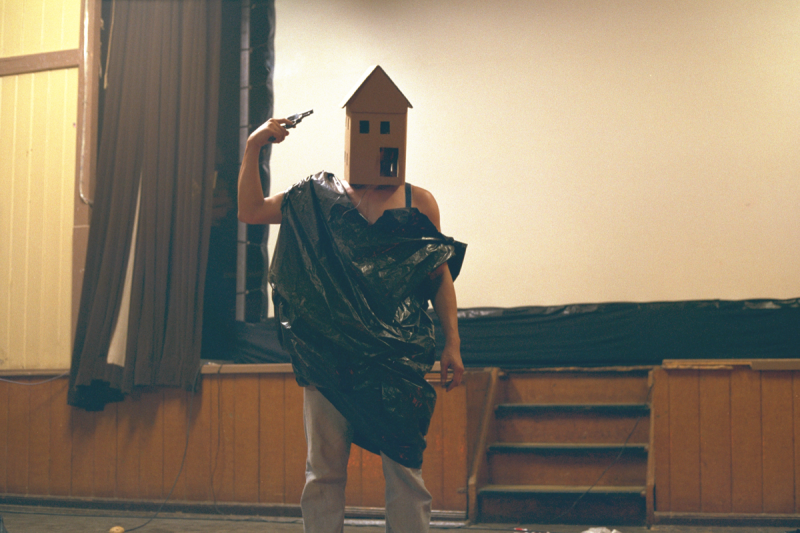 To the right of the audience a man was sitting on a chair which was standing on a table. The same situation on the left, only with a female. Sitthiket entered the space, threw a pitchfork and shovel on the ground and emptied out of a bag all the things he was carrying. Potatoes, candles, toothpicks, a cardboard globe, toys, there the the things were lying. He attached the globe to his legs, then played with a child´s small toy tricycle. With a squeaking plastic hammer he was hitting the globe and other things, he was lighting 24 candles and then the acceleration of chaos, a world of cardboard must have fallen apart. From above the song: tell me where the flowers went. „Fake Truth”. Drum roll in between. In the meantime the two persons were taking turns reading a slightly obscene and politically suggestive text in English and German. Madly he was stabbing the potatoes with the pitchfork, tried to belabour the globe, the floor with his shovel and the panting Me, Me, Me, and drum roll again. The statue, a cardboard house put over his head, the globe pregnantly in front of his belly, beating the house-head with the squeaking plastic hammer. Throwing play-money into the audience.

He left the play-field, entered the stage, behind the silver screen, a shadow play had already started there. A young woman was playing with a ball, another globe. At first Vasan Sitthiket played along a bit, bird-head shadow-plays, small animals and fish, voices, imitating a plane and then with a phallic looking object gracefully and gently attacking, fertilizing the world. The use of the gun stopped the play with the world, the play with the woman, turned off the light, him coming out from the backstage and the shots at the speakers ended this part of the performance, too.