Dolls, Doubles and other Surrogates 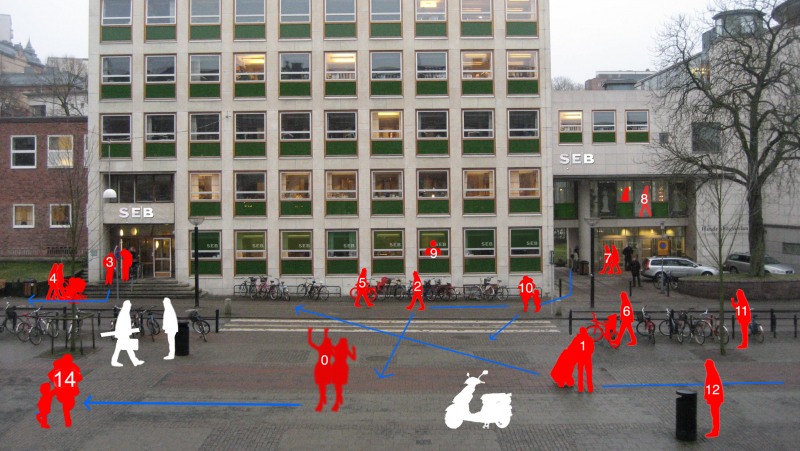 There can be several reasons for employing dolls or other surrogates in a film instead of real persons. On the one hand it is only possible for hand-picked protagonists from the toy chest to undertake such difficult excursions (like those in Dagie Brundert’s refrigerator). On the other hand, however, filmmakers such as Ruben Östlund, who has undertaken the scenic reconstruction of a bank robbery, urgently require extras in order to reconstruct the robbery and its elaborate choreography in a single shot. Uli Versum as well works on – his own – past, projecting himself and his siblings in the children’s world of a doll house that is watched by an over-sized, because real-sized mother. The haunting story of the young refugee Sharaf was realised as an animated documentary – in order to protect Sharaf and to show that there are many more refugees like him who risk their lives every day. Chris Landreth’s monument to his great model Ryan Larkin has won numerous awards. He interviewed the animation artist whose drug habit plunged him into social exclusion and visualised his vis-à-vis’s inner demons on the computer in postproduction. In Photograph of Jesus Laurie Hill finds pictures while looking for unearthly photographs that gradually develop an uncanny life of their own. The participatory art project HomeMade shows what happens when children try to copy industrially produced snacks at home. Pascal Lièvre shows his respect to the master of the performance in his remake of Wegman’s Dog Duet, even though his human actors are nowhere as good as their canine predecessors.