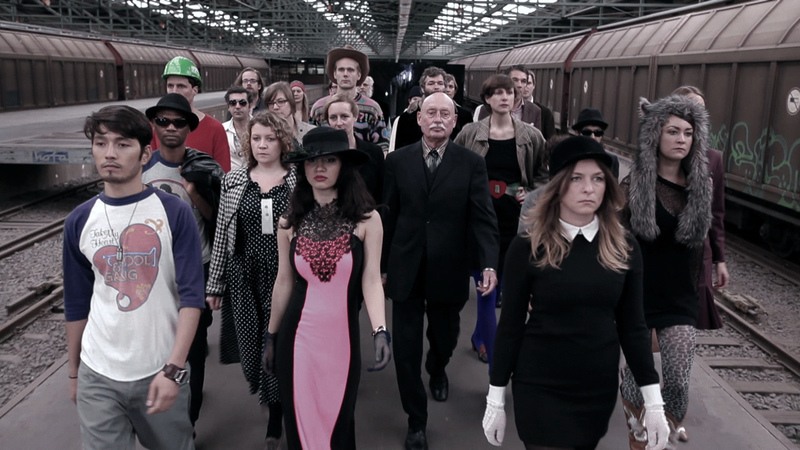 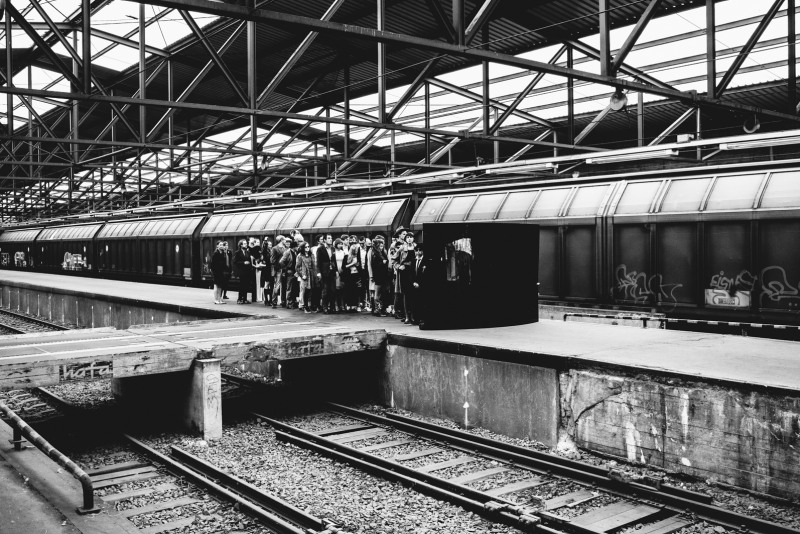 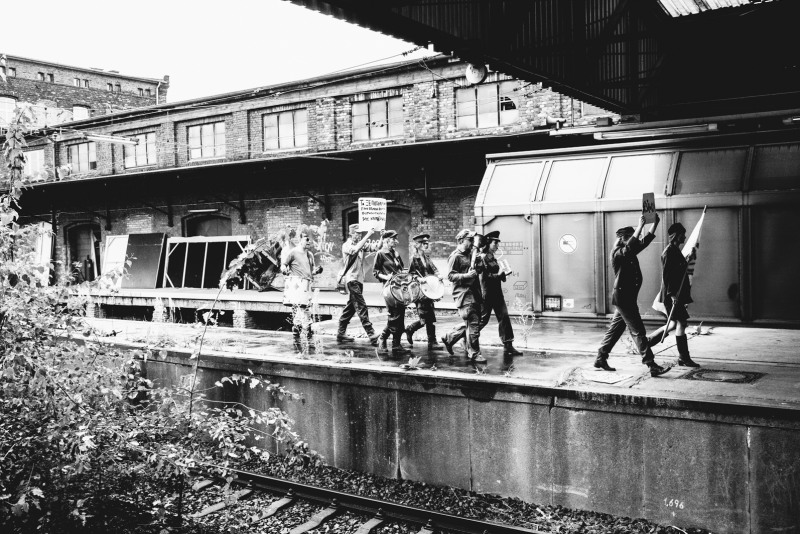 The platform as a catwalk. The investor invests in subcultural capital that can be converted into real money. Bohemistic people on the catwalk produce deviant, dissident outsider glamour. The - former - subculture as an attraction for modern city marketing, against it and yet at the same time, whether they like it or not.
(International Oberhausen Short Film Festival)

The famous painter, the sought-after theatre director, the author, the label boss, the actress, the club operator, on the catwalk they become interesting for the investor. The station, the place of coming and going, also a scene of social and political conflicts, who owns the city, who invests in the city? Again and again, Die Goldenen Zitronen reflect the contradictory conditions of their artistic work and the profound political changes in more than thirty years of band history. The platform parade with the Hamburg Circle of Friends demonstrates that, despite all the complications, they are sticking to a positive idea of the social and that this idea allows no age limit. It is clear that clever investors are interested in such types. Even if you don’t know the actors and the concrete contexts of the Hamburg scene, the clip and the music radiate Nowness, couldn’t be seven years older or seven years younger.