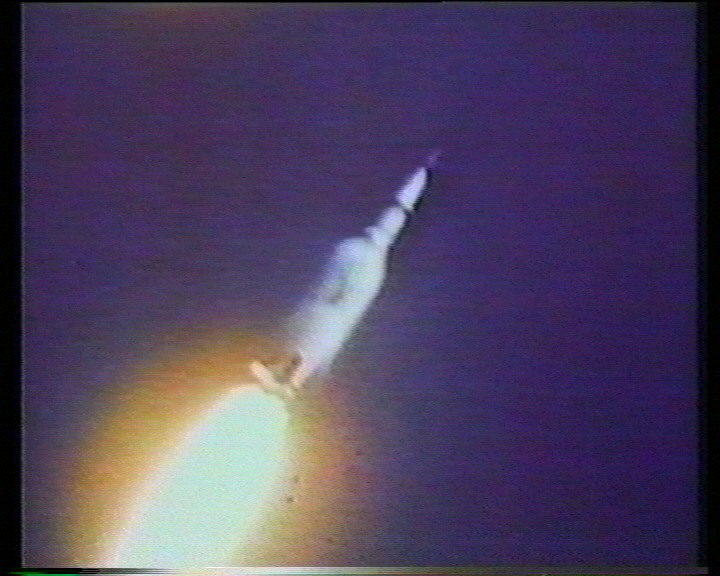 “Dein ist mein ganzes Herz” shows the images of space rockets, countdown, flight phases and catastrophes with which we have been familiar since the first landing on the moon was broadcast on television. The original sound has been replaced by Franz Lehar’s Evergreen. The rockets glide through the air on the rhythm of the music as if they were taking part in a dance competition. This combination of image and sound marks a departure from the „frame” in which we are accustomed to seeing - remembering - these space vehicles. At the same time, this exaggeratedly aesthetic presentation is also a reference to film, demonstrating the power - or helplessness - of the medium. The film sequesnces are mostly in colour, while the style of the image reminds us of productions from the Sixties and Seventies. The musical accompainment, which was first performed in 1929, renders the film a document of the past.

(from the Catalogue: „German Open“, Wolfsburg)