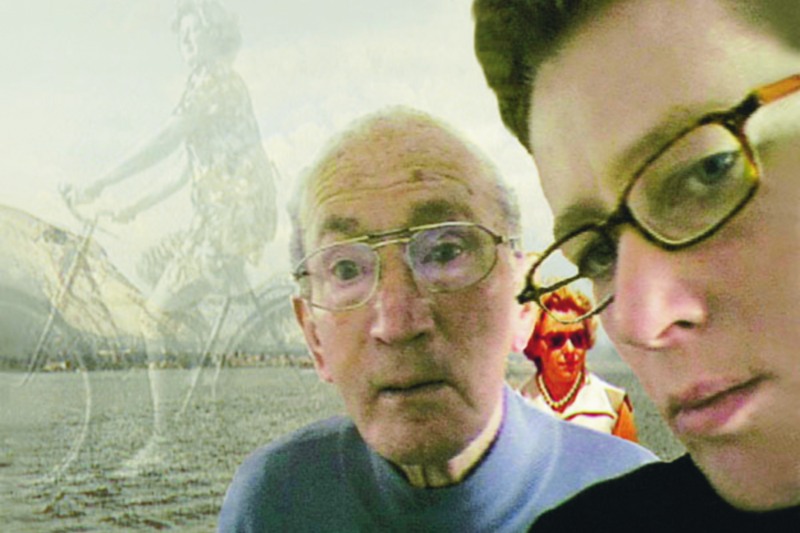 “In 1974, my mother traveled to Bremen. She checked into a hotel room and commited suicide. She lived to be 42. At home no one talks about the suicide. In 1997, after years without contact, I meet my father again. He still lives in the apartment he moved into with his wife and child 41 years ago. In the bedroom, the same blue blanket still covers my mother’s half of the bed. My father is now 91 years old. Later during the course of the next 2 ½ years, I make video recordings using a DV camera. I obsessively film the apartment. But the horror doesn’t materialize. I observe my father; I follow him, even on a cruise across the Caribbean Sea. The camera allows me to maintain a distance, but it also establishes closeness. My father and I can speak to each other via the camera. Little stories my mother and her mother, my grandmother, told each other over and over again come to my mind. An earlier neighbor, an aunt and the former boss of the woman, as well as the father, also have their stories to tell. Within these stories an experience condenses that perhaps cannot be expressed any other way.” (Karin Jurschick)
The stories that Karin Jurschick tells start during fascism: her father’s collaboration in the nationalistically fuelled war, his obsession with mechanics, and precise operations. The film pursues the ways in which the personal and communal experience of National Socialism affects the familial “conjugal community of accrued gains” in post-war West Germany. In particular, how this experience can again be detected in family power relations, in ordinary everyday routines, and in the functional and objective manner in which personal relationships are conducted. A banal story – father, mother and child on a bicycle trip – becomes a pivotal narrative for the family. During the outing, relations of domination reverse themselves for a special moment. The three involved thus direct a degree of emotionality not felt in other accounts of the past, to this moment. Objectivity and distance also characterize the formal strategies of the film, e. g., when the filmmaker speaks of herself in the third person as “the child”. This distance is repeatedly ruptured, however, especially in the unrelenting questions posed to the father.