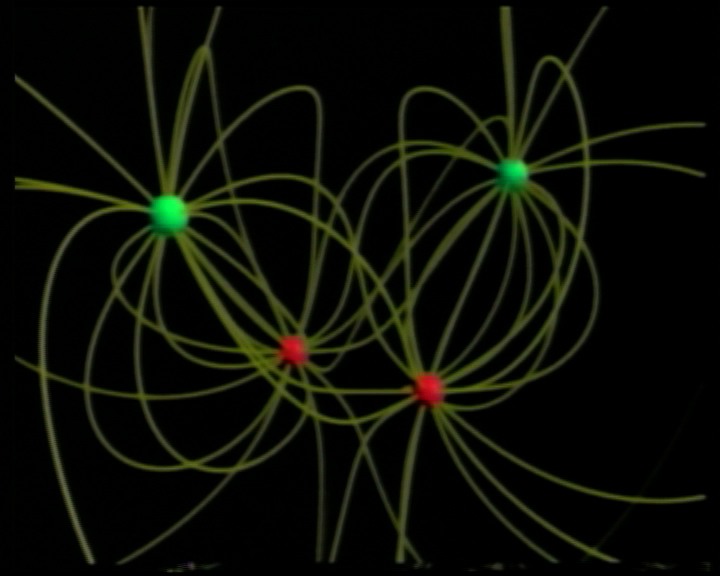 Episodic in nature, Curious About Existence reacts ultimately against an uninspired but prevailing acceptance of moral terms. It begins with a song of worship, an ode to the looming nastiness of our organic existence. A celebration of disorder and entropy, the opening song seems borne of a curiosity about the possibilities of joy and freedom. In a more light-hearted segment, a squirrel and beaver converse about how everybody feels bad a lot of the time, which is compounded by the stupid things they do as a result. Richard Wagner’s wife, Cosima, in excerpts from her letters to Nietzsche, more eloquently characterizes these stupid things. “Treat your impulses as a comedy that wants to entertain you, not a doctrine to be followed,” she writes. By enjoying the spectacle of the river creatures’ conversation, we are guided through another chapter of anxiety about shame with the opportunity for impunity. (Jennifer Hsu)

Central to the autobiographical video work of Emily Vey Duke and Cooper Battersby is the focus on the self-image, a handling of simplicity and an attempt at interacting with the viewer. The pair’s actions are searching in nature and relate to the performance and the monologue. At times raw, sometimes amusing, but always introspective and radical, reduction and identification form the key techniques in their shared work. Their actions, anecdotes or malaises gain several layers of meaning if the viewer looks at them through the spectacles of personal experience. In this manner Vey Duke and Battersby comment on human relationships, existential problems, boredom or the fear of losing the other, with humour and lucidity.
www. dukeandbattersby.com