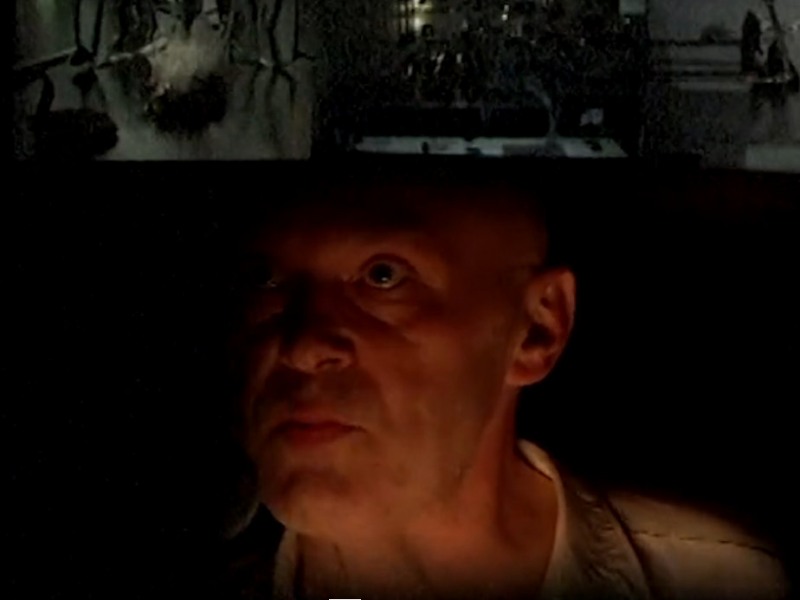 How is it supposed to function, that distance is the soul of the beautiful and beauty the daughter of fear?

Fragments concerning the lack of euphoria.

The body, the corpus and the media which do not exist in this way. Because the human being is a body and has a corpus, he exposes himself to a problem with his life, the split caused by being a picture and by making a picture of himself. Performance art is a place where this split shows itself as horror. The language which is spoken there, is the language of embarrassment and infamy. If no language comes to speak, it is the mereness of presence, the sufficiency itself.

The transcendental guilt (wherever it comes from) as nexus. As rawness, as naked scheme, it says: what unifies people is „the thing”, the absolute object of desire, which „commands“ the „amalgamation of everybody into jointly merging indiscriminateness“.

Dread as will and imagination.

Demoralization comes from the heart of society, not from the fringes. In the long run, it will only increase. Then, one will live with insupportable tensions and insupportable indifferences. This is all foreseeable, in essence it is already present. Time merely develops a dilatory effect. Then it is bad to get into a wrong sequence; one will then find oneself in the midst of pushing and shoving. The army of the dead and mutilated, which western progress and, in goosestep the modern times, drives before itself, is so real …

In all these ways of publishing demoralization it has to do with possible conversion of the usable, the military character, the virtuality of which is ritually underlined, in particular in the ceremony of profanity, through which the threshold is crossed between production and use, creation and misuse. This threshold is solemnly dedicated in shame at the moment of crossing it, because the appropriation also comprises the misappropriation.

Things always offer more than known appropriations; even where they are outside the common use, or maybe exactly then, they shimmer with an enigmatically anticipated but unknown richness, for which one does not even have the idea of an appropriation, but already is in the process of transformation with it. The body does not need the corpus, the corpus is not existent without body. Violence arises.

That embarrassment is the indicator of the split, wherever it is. Whoever tracks it, may explore our manners and customs as far as the deepest, most delicate and hidden openings, the cultivated vivisection.

The defect of the modern time lies in its consciousness of avant-garde. This stain of adaptation, of the expectation that the world waits in its progress for the artists. In the end, it will be indispensable to admit that these artists cannot be released from responsibility for the totalitarian epochs. Because they saw themselves in the avant-garde, they assumed responsibility for what happened in the rear area (Jean Clair).

Objection:
I have read: He vomits all the time on the road, also in father’s new Opel Admiral, and on all inadequate occasions he suffers from a trigeminus neuralgia, a convulsive grinning which always annoys his father.
Terror lies over the country.

Criticism of delimitation in the mediatisation … Media do not answer, corpora do not ask. Picaroons’ flesh, empire of the global, the non-linear medium is the product of attentive observation.

Wrong adaptation, acceptance by outdoing as a media question? The popularisation of the media goes hand in hand with its risklessness vis-à-vis society and life. The sphere of the body was symmetrically adapted to the sphere of the corpus. To produce a context is this motif.

I dreamt that a human being fell from the sky and I didn’t care.

The priority of the picture: The non-mixing of the perceptional media with the tendency to trigger off cognitive signals in favour of a directness.

A line must be drawn between the statements: performance is life at which a medium aims (Franklin Aalders); the only medium of quality is every other person (B .N.) and the phrase by Plessner: The problem of the human being is that he has a body and a corpus.

The unspeakable and the tolerable.

This split is the discovery of the „medium“ and here I am seized with holy anger: the tear does not lie between spirit and corpus because these are two sides of the same coin. If interface, then in the right places. Where must the knife be applied.

Why anger: It is against the dominance and against the expectations of the media, to promote the killing, since I, however, advocate for every act of cannibalism, the act of incorporation.

Medial corpora may not only be understood as shaping hardware (video sculpture, audio-visual sculpture, models) and shaping software (audio tapes, radio plays, video productions, films or computer animations), but also as context-related objects (project-oriented hardware) as well as objects in the micro and macro area which are and become temporary media carriers; and if shape-bound software (the thought itself) has no structures, which are „medial bodies or sculpture“, am I interested in that?

Item:
If you admit that besides the classical context of society forming action, individual performance, correct speech and temporary entertainment, „performance“ has an original characteristic of „the present of the picture“ as an action (medially free, since it is medium itself and capable of using any medium as appropriation at any time), it is the vicinity of the body, before the split.

Item:
If „staged, mediatised space“ not only means to move in virtual spaces, but implies the questions in advance: which media are for which space – are reason for what conditions/prerequisites; and if you assume that staged spaces are primarily spaces of action in which, on the other hand, one or several media are directed at one or several media, and this means decisions, which must be taken long before every animation (staged for what?), is this reason enough?

How does the body come to its corpus?
It may be assumed that a cognitive being, oriented towards a specific point directs its attention at a certain thing, from whatever kind of a reality. The directing of the attention takes place by means of instruments which can be called a medium, which is a medium. The spectrum of the media must be seen from the intention, desire and will, on the one hand, to every form of tool, electronic equipment and machine, and to every discourse about the effect and publicity of power; in this context, power must be put on a level with being sovereign.

The body in its radical groundlessness will confront every media theory with the Medusa-like-stare, which forecasts the disappearance of that process of imagination which represents the absent. The absence is the presence of this stare of existence. He who does not bear the stare from the voices of the pictures will become a hallstand of rampant (media) theory fashions.

Developing critical instruments for the inflationarily used concept corpus; to hand over the body to the boundless suction of the senses’ intelligence.

The actuality of the body’s subversion lies in the fact that it has an effect as a semantic unmasking, i. e. depotenciation of the official symbol language, the vivisection. The internal analogy poesy and science completely misses the body-corpus discourse.

I have read: „Three boys shout and badger each other, shoot themselves with toy pistols in the temples“.

Medium:
In the open brutality of this offspring, all our non-aggression is at stake. This does not take place in the fights themselves, but in the ruleless, uninhibited forms of aggressiveness. We have neglected any kind of fighting moral, above all to respect the dignity of the enemy. The source of evil is shapelessness. Formless pacifism developed into formless violence. The alien (the other) as the clearly defined final deposit of the moral toxic waste of the own ego.

Medium:
When facts become files, serial crimes. This kind of crime is exactly destined to be filmed accidentally and shown immediately, to intensify, compress and to awaken the need to do it again.

Medium:
And the fact that the audience always reacts with consternation if people denounce the rites of art, in order to enter into a freedom which is inconsiderate.

„The concept of sensual resistance – as we use it, does not imply a conscious defence of individuals or groups of society, but rather a preconscious refusal of the requested adaptation to new social structures through regression. The regression refers to religious, magic and intellectual potentials of the body which uses the senses as tools.

It was written: „One day in Flehingen a godmother spoke to her seven year old goddaughter: when you get up tomorrow morning, don’t pray as usual, don’t comb your hair and don’t wash – come straight to me, because I want to teach you something nice. The child did as she was told and learned from the woman how to extract milk from a towel. The child experienced so much joy while doing this, that she showed her new skill to her father as soon as he came home. Whereupon he opened one of the girl’s veins and let her bleed to death, while he pleaded with her to tell him, whether she came to heaven or hell. When the girl was dead, a raven flew to the house and screeched: Whosoever loses himself to performance, is lost for ever more!“

The cerebellum is delighted.