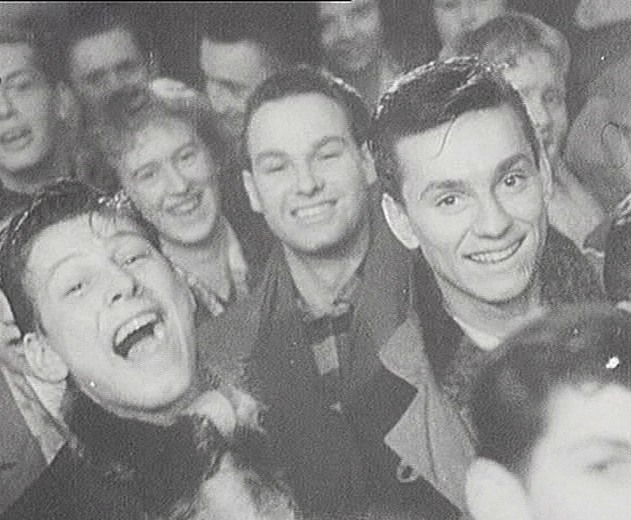 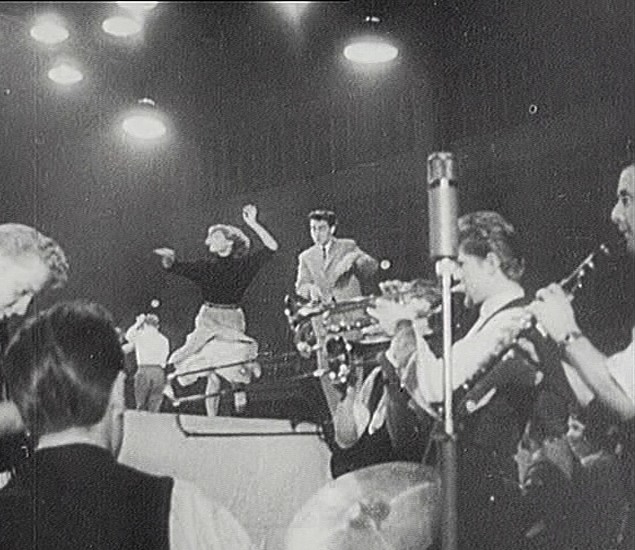 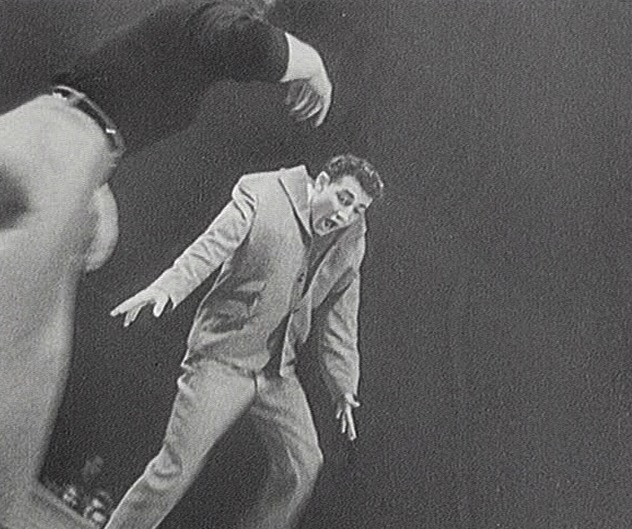 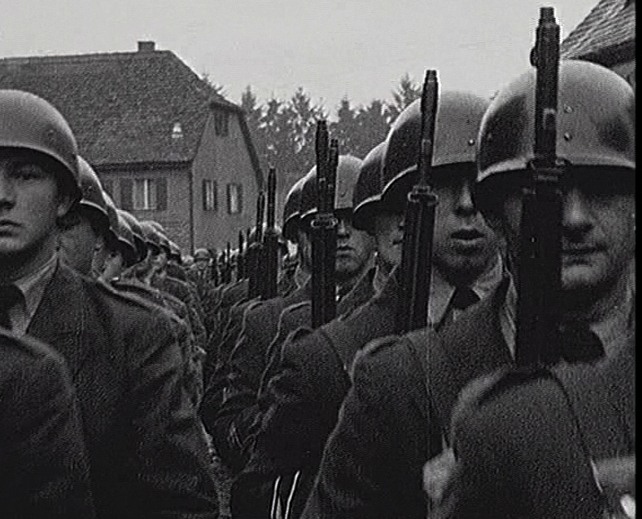 Jazz was quickly accepted in the GDR as the music of the oppressed. Rock’n’Roll, on the other hand, was fiercely condemned for many years as ‘St. Vitus’ Dance’ – also in the Federal German Republic, by the way (2). Its explosive rebellious energy not only electrified the oppressed in distant America but also youth in the GDR, and was therefore an obvious threat. Whilst the first version of Augenzeuge (1958) develops an adventurous logic between the two banes of society, Rock’n’Roll and military service, the second version from 1959 presents a homemade creation – the Lipsi Nr. 1 – designed to put an end to odious wriggling. Yet, as later newsreels had to admit, this was a somewhat “tired” dance.