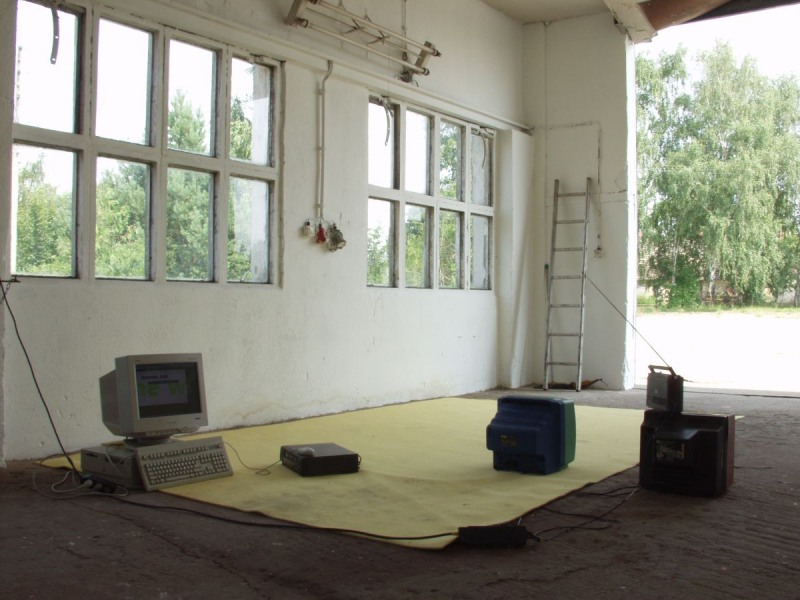 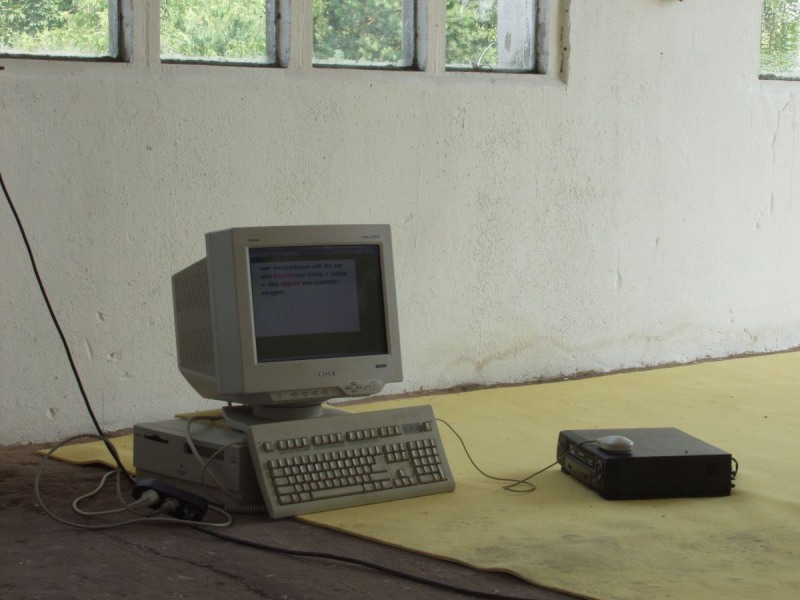 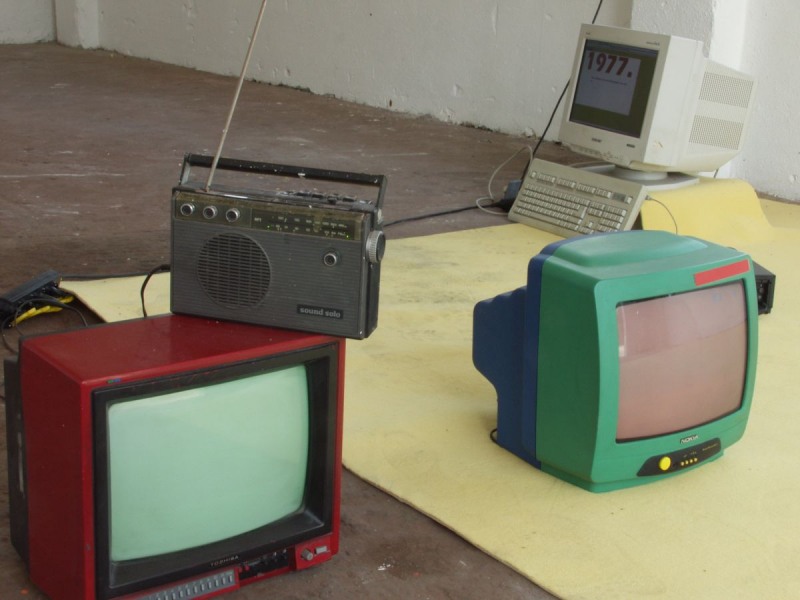 On the monitors the fragmented television and in a barrack/tent/trailer (the station), stands a computer on which not only the films can be accessed, but also flash animations, texts, photos. This program is available under „area tv tal“, also as net tv on www. bbooksz.de.

An antenna, connected to 2 monitors, on which a tv program is running. Then as the “reception” gets weaker, acoustic and picture noise, gradually a new program is received, the picture stabilizes, and remains this way for a while, then disappears again. This process repeats itself, like an auto-matic search through the frequency scale; back and forth, programs come back on, but have meanwhile progressed.

The tv fragments render a pattern, establish connections between the various programs, bridge temporal and spatial distances, and translate heterogeneity. The program search refers to a tv storage, a program that can be seen in a station next to the “antenna”.

The program consists of the following : portrait/interview of a web site (local contacts, the sans papiers, talk to romanian migrants in Paris because one speaks romanian, the art project namediffusion) mozambiques’s revolutionary government invites the filmmakers jean-luc godard + anne-marie mièville to examine the conditions of introducing television. Both arrive in mozambique in 1978 after just having set up their own independent video studio in Switzerland (sonimage). they stay there – as far as known – for one year and leave prematurely. All that resulted were 30 pages of a photo-essay that appeared in the 300th issue of cahiers du cinema.

The cooperation between the gdr-government and the socialist revolutionary government of mozambique is investigated under the title of the relevant book: our existence is at stake (that of the gdr) at about the same time, starting in the mid-1970s. the gdr government supported the revolutionary movement even before it was victorious. After gaining independence in 1975, the gdr hoped to use Mozambique to compensate for its foreign exchange weakness, but, the model projects failed for a number of reasons.