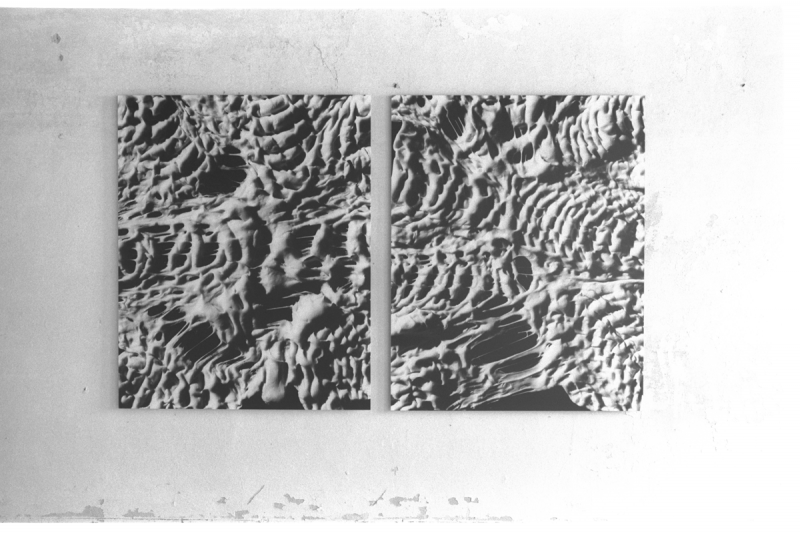 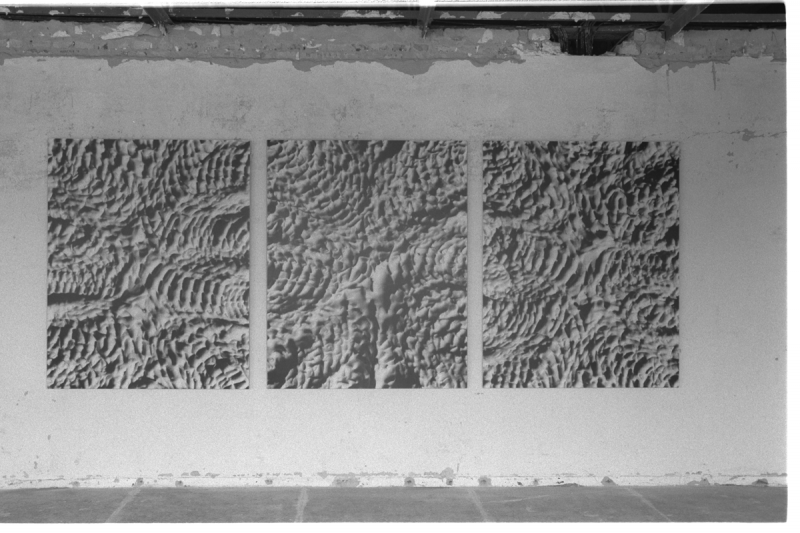 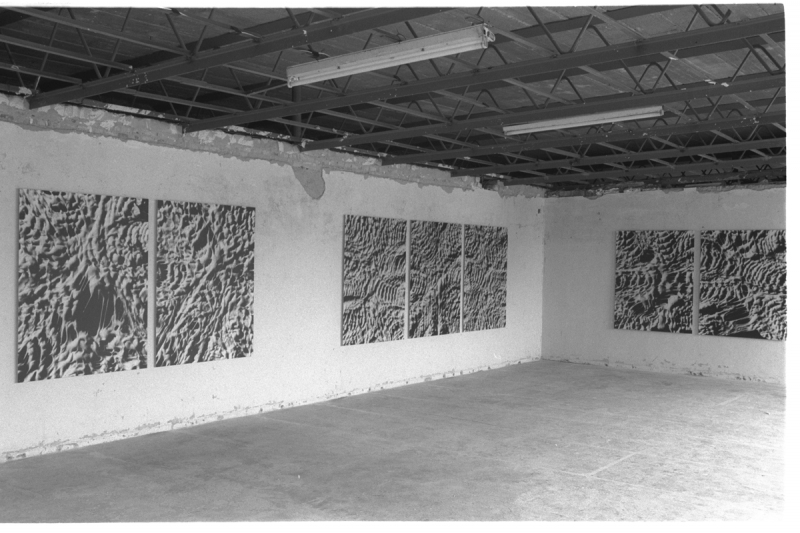 The work “Anlage als Läufer” (* using the multiple meanings of Anlage - facility, complex, investment - and Läufer - throw rug, runner, bishop chess figure) deals with a particularly plastic form of medial indifference. While the series of photographs pretends to precisely show the structural surfaces of an unknown geological formation, and the panorama - the repetition of the conclusive causal relationship - still provides an overview, the explanation that the images are actually macro shots of store-bought chewing gum reveals the critical invariable. The result of a seemingly endless and only rhetorical rumination, this echo of the Pavlovian reflex accompanies us as a classy yes-no relief. Presumably, similar forms have been already presented in the form of lectures in the culture hall (* the exhibition site at Cluster Images), but only in this panorama by Kathi Müller -B- is their tectonic relationship to the world traced silently. This musical score is set in stone. Marion Kreißler, Martin Conrath