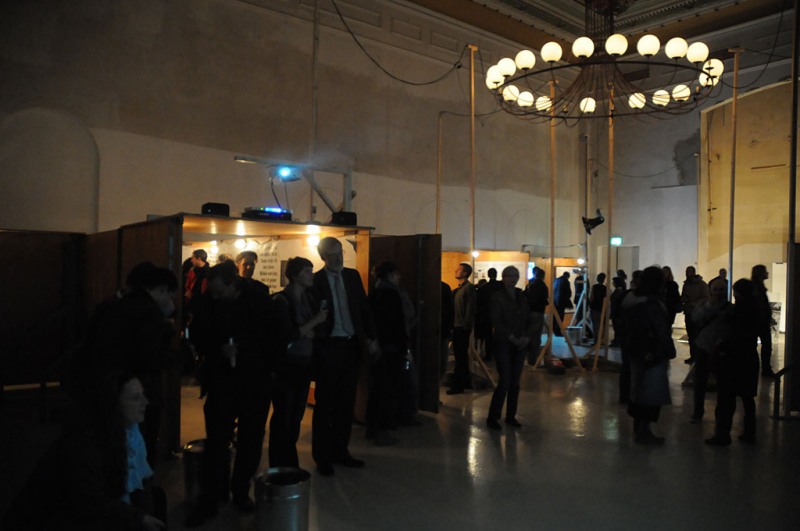 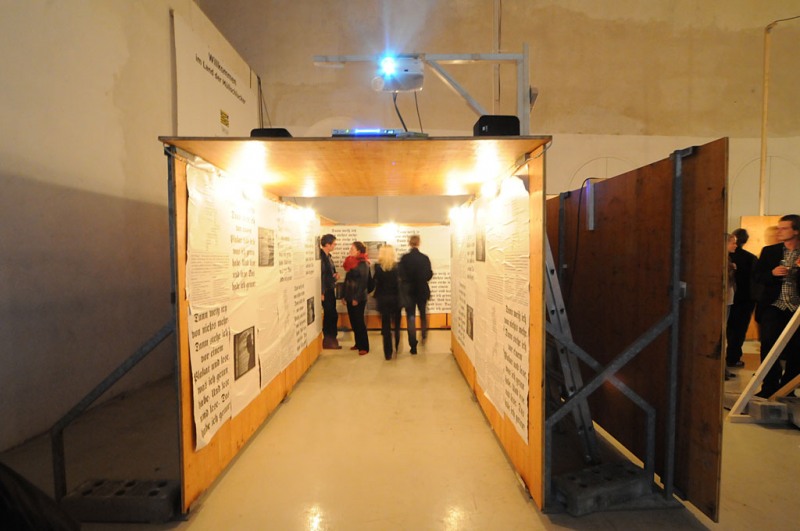 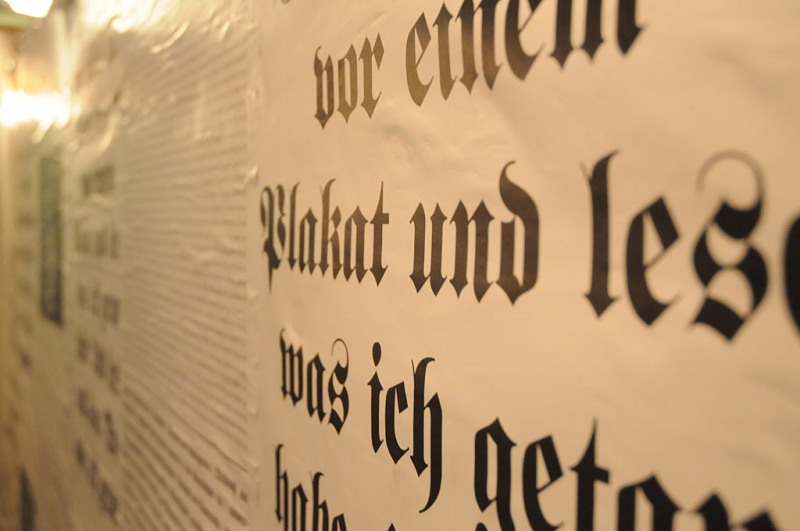 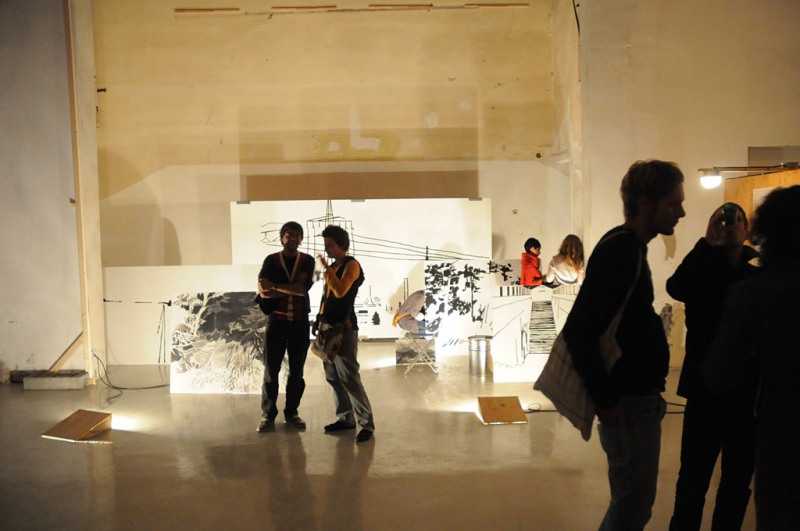 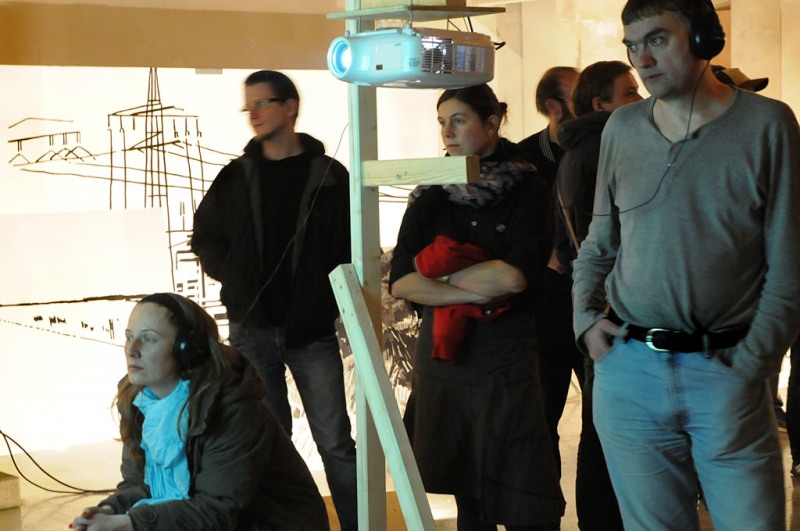 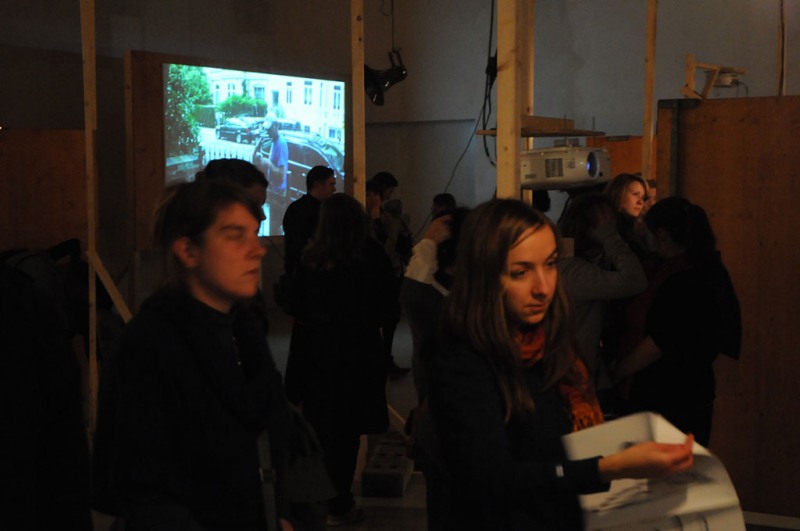 During the planning and implementation of our projects for the Fear festival, not a single day went by without news breaking of some new financial, environmental, human rights or identity crisis. The never-ending stream of so called crises – which might better be described by the term catastrophe – illustrates that the production of fear is what fuels the machine room of the“global community” freight carrier.

The proliferation of such predictions of doom can no longer be explained solely by the internal mechanisms of the media spotlight but appears to rest rather on actual vested interests in states of emergency. Agamben & Co., the features section of the press and various other cultural formats have long since reflected upon such political interest in control. In these critical commentaries however, the one element crucial to the operation of current power relationships – fear – tends largely to be overlooked, be it fear of poverty, fear of taking (or losing) control, fear of the unknown, fear of the future: the list can be extended indefinitely.

Fear in Form – as a part of the Werkleitz Festival – now pursues those fears in the place where they might best be expressed within society – in public space. For in fact, a state of emergency, crisis or catastrophe gives rise to appeals that are directed always at society in its entirety yet they demand that each and every individual become involved in resolving them, namely by making a donation, being vaccinated, registering for this, that or the other – by following orders, in a word, and by not asking too many questions. Fear in Form knocks on people’s doors, speaks directly to people, and examines the fears that mobilise us in the very places where their social impact makes itself felt.

The art projects were selected in cooperation with a curatorial board comprised of the curators Frank Motz, Edit Molnár, Joseph Del Peso, Annette Maechtel and Sophie Hope. Seven contributions to the Festival were selected from an initial pool of thirty concrete project proposals. The curators’ respective background and expertise assured a varied range of approaches to the focal theme. Intensive discussion of how the projects might most fruitfully be juxtaposed gave rise to interesting (peripheral) discourse and, despite the large number of participants, resulted in a surprisingly uncompromising selection. The project range renounces purely formal-aesthetic positions (and the conception of any sculpture or installation always includes its ultimate disposal, incineration or explosion); all the projects depend essentially on interaction and will be presented moreover, both in urban and rural settings.

The selection process and project compilation reflect the working methods pursued to date by KUNSTrePUBLIK. The collective’s work on diverse projects seeks to broaden understanding of art in public space. Since 2006 various process-oriented, site-specific art projects have been realised at its“Sculpture Park”venue in central Berlin (Skulpturenpark Berlin_Zentrum), where the collective has also instigated workshops to address both from a curatorial and artistic perspective the potential of ephemeral art. Fear as a topic – considered in its abstract manifestations and dramaturgies – appears to lend itself to such an approach, and the strategies proposed by the participating artists have confirmed this is so. The artists’ works permeate people’s everyday lives in ways as multifaceted as fear itself is. The processual projects, at times alarmist, subtle at others, always carefully circle the fears in question over a lengthy period. They engender and reinforce fears then ultimately demonstrate approaches to overcoming them. Beelzebub drives out the devil yet he throws off his guise now and then, and reveals himself to be an artist.

In different locations throughout Sachsen-Anhalt and on the border to the Czech Republic.

Public space plays a special role in people’s fears. Here they are unprotected and vulnerable. Under the heading Angst in Form (Fear in Form), the subject of fear and its impact is directly broached, activated and orchestrated in order to deconstruct the mechanisms used to generate it. In addition, the symptom of “fear” is explored in order to discover what triggers it and to develop an understanding of its interaction in public space.

Nine projects reflect on and give form to different concepts of fear in site-specific and process-oriented works.