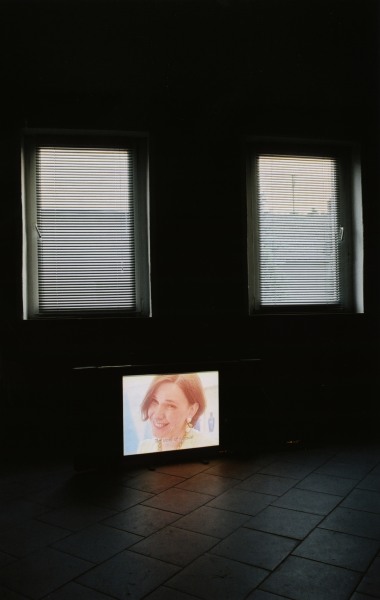 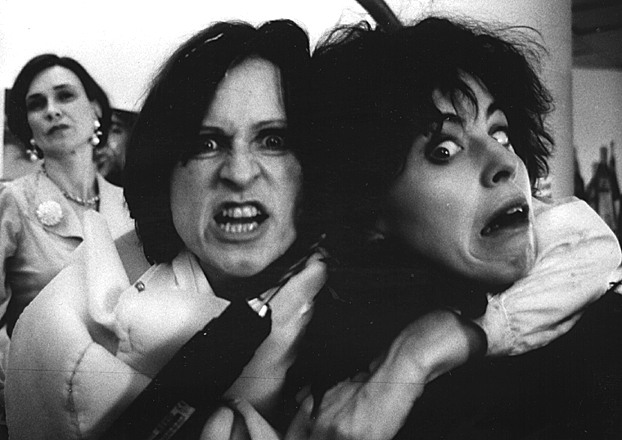 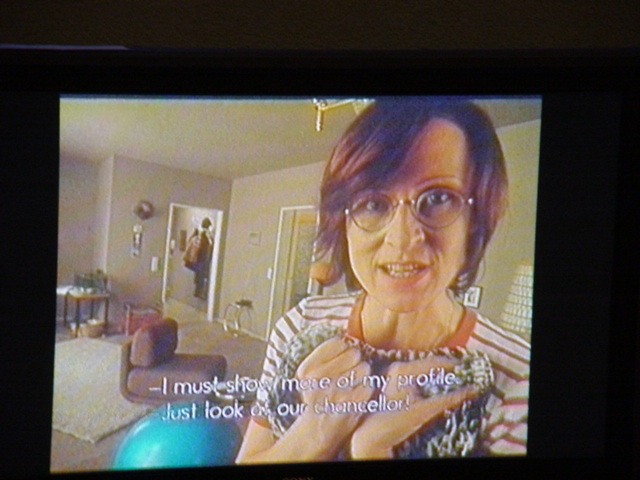 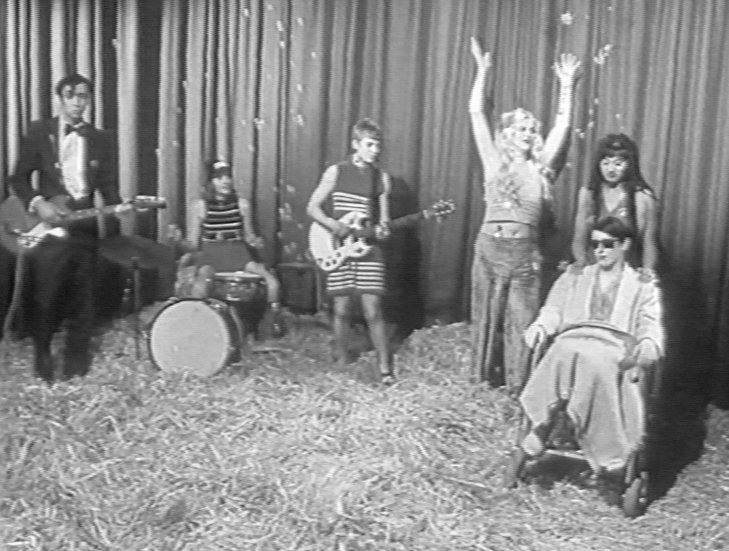 In the actual rooms of the youth club, the film “Alle für Arbeit” (All for Work) by Malika Ziouech was shown in addition to photography by Stefan Panhans and paintings by Frauke Gerhard. “Alle fiir Arbeit” is an exhilarating and disquieting political musical, narrating the story of a young woman searching for a job after completing her education. She attempts to carve a niche for herself in a society synchronized by the demands of work. Her very talkative gymnastic ball provides well-meant, albeit useless advice on optimizing her outfit, whereas the official at the employment office is increasingly rude in telling her about her shortcomings in terms of youthfulness, dynamic power and professional experience. When her neighbour, a reporter for the work propaganda station, exposes and embarasses her during her futile attempt to work as a living show case decoration, she threatens her with an electric drill, kidnaps her and unwittingly becomes a media sensation. The kidnapping is successful in putting pressure on the Minister of Work, so that he supports her in finding a job. After a very dramatic and triumphant showdown, the heroine can be seen working in a canteen, dedicatedly scraping leftovers from plates.

The film was shown in the youth club as a video, on a monitor set up facing a seating arrangement. The original version was also shown at a special matinee in the film program-me of the Biennale.