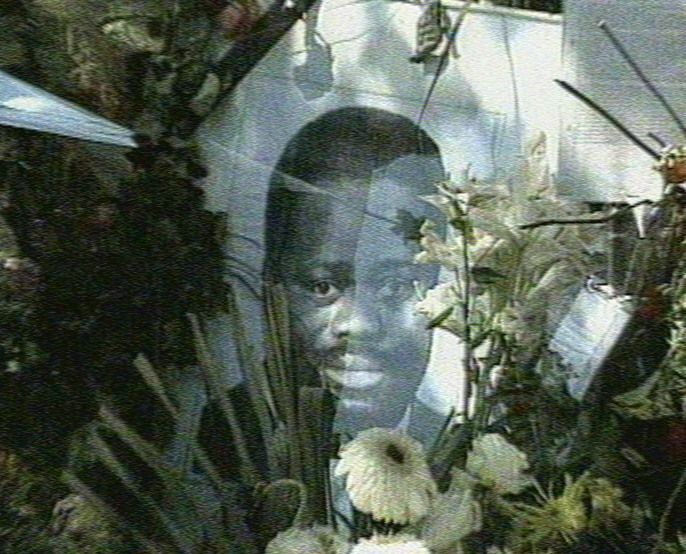 Tracks i. a. with DJ Desue, Adé, Samy DeLuxe, DFlame, Xavier Naidoo, Afrob, Denyo 77 , Tyron Ricketts, Torch, Sekou; Director: Dani Levy, dedicated to Alberto Adriano, who was murdered by right-wing skinheads in June 2000 in Dessau. This video shows he musicians on the streets and rooftops around the Town Hall Passages on Alexanderplatz in Berlin. They gradually meet up and openly challenge rightist  violence. The clip shows images of Hoyerswerda, Rostock, CDU party conventions and of the seriously wounded and (still) living Alberto Adriano as well as his grave. “Already in kindergarten I heard whites call me nigger – not questioning the cliché, beating up brothers – we demand more than equal rights, we finally want peace – we want new goals and not have the image of dealer – a motion is discussed
in state parliament – and meanwhile the next Nazi plans his attack – the disgraceful deed is regretted, but what I then ask myself is: - “why
is a black family again standing at a grave?” (Samy Deluxe & D-Flame, Literal translation)