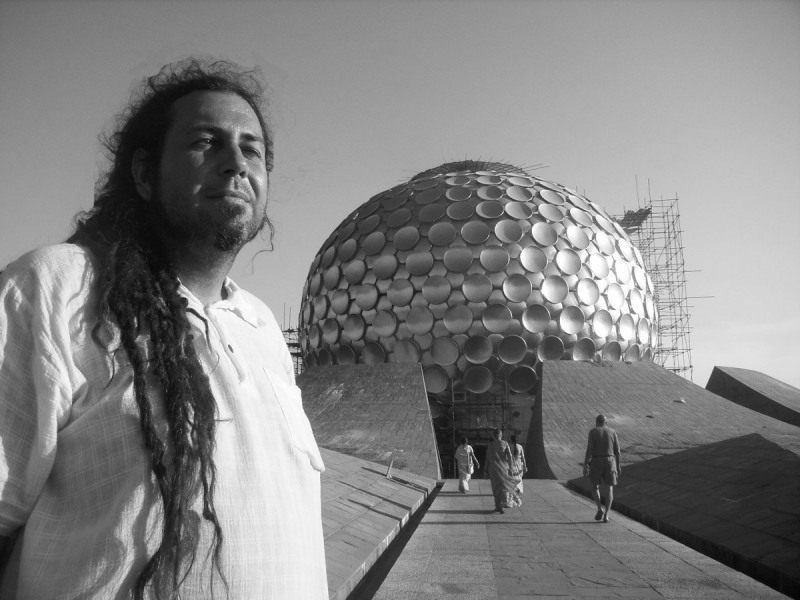 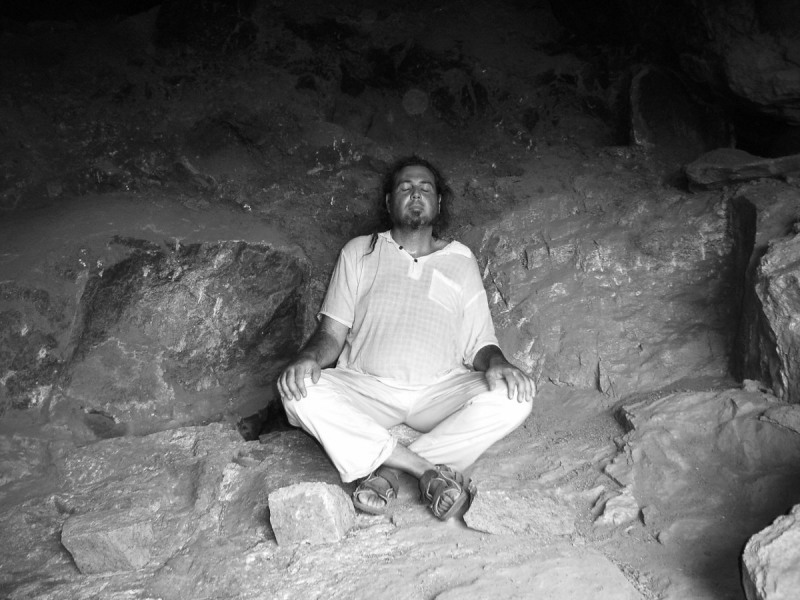 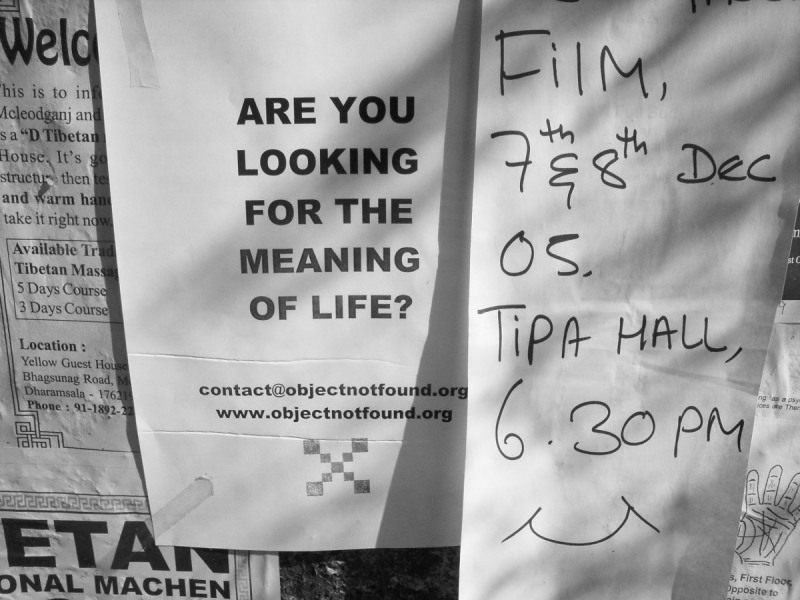 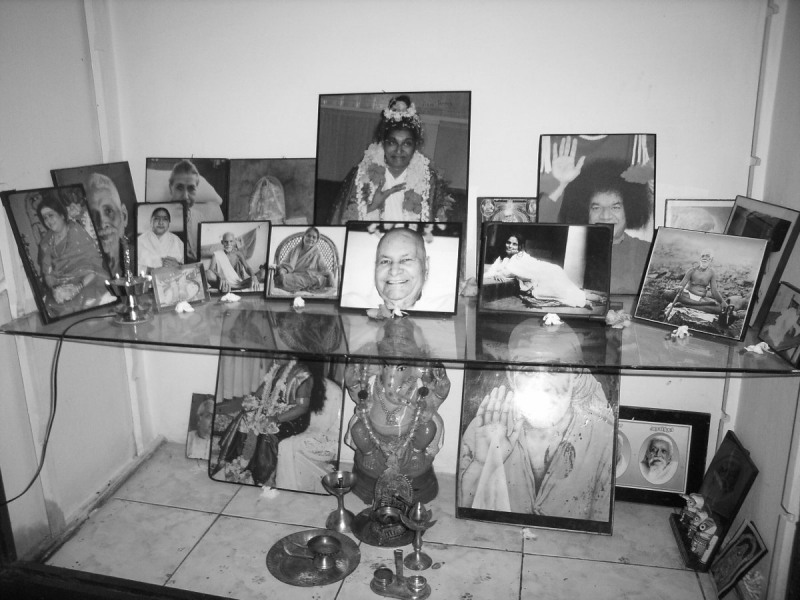 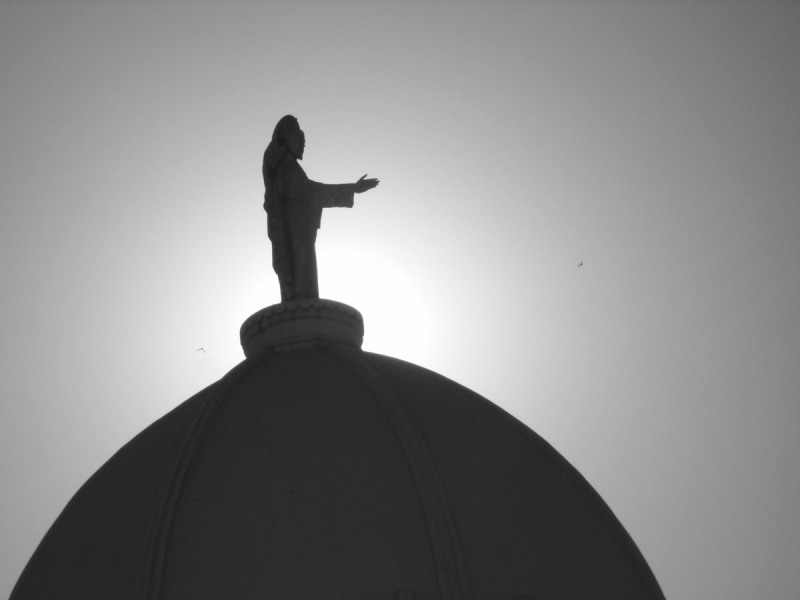 “Of course a world beyond exists. The question is how far is it from the city centre and what are the opening hours.” Woody Allen

A Spiritual Journey is a humorous reminiscence about generations of travellers coming to India in search of spiritual enlightenment.

While the “renaissance of religions” acquires ever more dubious dogmatic and fundamentalist faces, I am interested in alternatives to faith besides those defined by the world religions. Equipped with a natural distrust for authorities and dogmas, I embark on a journey in search of more abstract and unorthodox religious or spiritual truths. Where better to find them, than in the land of gurus and gods: India!

I follow the footprints of others - braver spirits than mine - who embarked on similar journeys over 100 years ago. Today this path is used predominately by latecomers of the hippie generation. Always on the lookout for the true, inner “home(land)”.

The route leads me to South India and to Arunachala, the holy mountain of the Hindus, where it is said that Shiva appeared as a lingam of fire. At the place where the famous guru Ramana Maharshi meditated in a cave for 20 years and tried to define the real self with the question: “Who am I? Who is the one asking?” Until this day thousands of Western people travel to this place, preferably on a full moon night, in order to circle once around the mountain, to visit the Sri Ramanasramam or simply to join a nostalgic hippie rave.

The Headquarters of the Theosophical Society is located in the South of Madras. Its founding members Madame Blavatsky and General Olcott promoted a synthesis of Western occult and Hindu and Buddhist belief systems as early as 1875. Nowadays hardly anyone knows that many of the 20th century Western esoteric movements and spiritual leaders, from Rudolf Steiner to Aleister Crowley, were influenced by Theosophy. The goals of the Society can be summarised in three main points: creation of a universal brotherhood of mankind, regardless of race, skin colour, religion or social standing, a comparative study of the old world religions and the development of the dormant godly powers within humans.

The new Messiah proposed and chosen by the Theosophical Society, Jiddu Krishnamurti, dissolved his own theosophical order “Star of the East” in 1929 and renounced all forms of religious authority. At the Krishnamurti Foundation in Madras I find an open and above all quiet location for philosophical discussions amidst the loud and hectic life of the capital city of South India. Here I also meet people that I continue to run into during my spiritual journey. One destination on the route of “Western (Orientalist) seeker” is the city of the future:

Auroville. The city was designed for 50,000 inhabitants based on the vision of the French woman, Mira Alfassa, also known as Mother, who died in 1973. Auroville is meant to be a place for spiritual and material research following the principles of integral yoga formulated by the Indian guru Sri Aurobindo, the Mother‘s companion. Aurobindo did not so much have the exercise of the body in mind, popular in the West and known as hatha yoga. Rather, he was thinking about the process of enlightenment, an evolution of spirit and matter. Following the principles of “All Life is Yoga”, approximately 2,000 people from 35 nations live and work in Auroville. You can find anything the heart desires there from bio-dynamic water, solar energy, hatha yoga, ayurveda to salsa dance classes, horse riding and pizza.(But you should know that this is not really important).

Last but not least, the soul of Auroville as if it escaped a science fiction film: the matrimandir, the temple of the mother goddess, a golden oval. It serves free meditation and inspiration.

“All Life is Yoga”
Sounds good to me.
I wished my film, too, would be Yoga.
For that, it would need to concentrate just for a moment.
To deal with the now.
But “film is a visual memory.”
This film is already a memory of a journey.
“A spiritual journey.”
My journey.
Or is the journey of someone else?
“After all, who am I?”
“Who is it that asks this question?”
And who is the observer?
“Is the observer the observed?”
Is this actually YOUR journey?
Who are YOU, really?
“The Truth is a Pathless Land.”
Jiddu Krishnamurti